As they sit in sixth place going into the 38th and final matchday of the Ligue 1 season, OGC Nice are still in with a chance of finishing in a European spot despite their fate no longer being in their own hands. Here’s an overview of the situation ahead of 90 minutes that promise to be decisive for Rennes, Strasbourg, Nice and Lens.

WHAT ARE THE CONSEQUENCES OF EACH POSITION?

Although it looked to be on the cards at half time in the game at home to Lille (1-0 at HT, 1-3 at FT), Le Gym can no longer finish in the top three. Les Aiglons will finish the 2021-22 campaign somewhere between 4th and 7th, with 8th-placed OL now out of the picture. Whereas 6th and 7th are not European places, 4th and 5th offer a route into continental football.

Le Gym won’t finish in a European place if...

All matches will kick off at 21:00 CET this Saturday. The four games of interest to Les Rouge et Noir fans are: 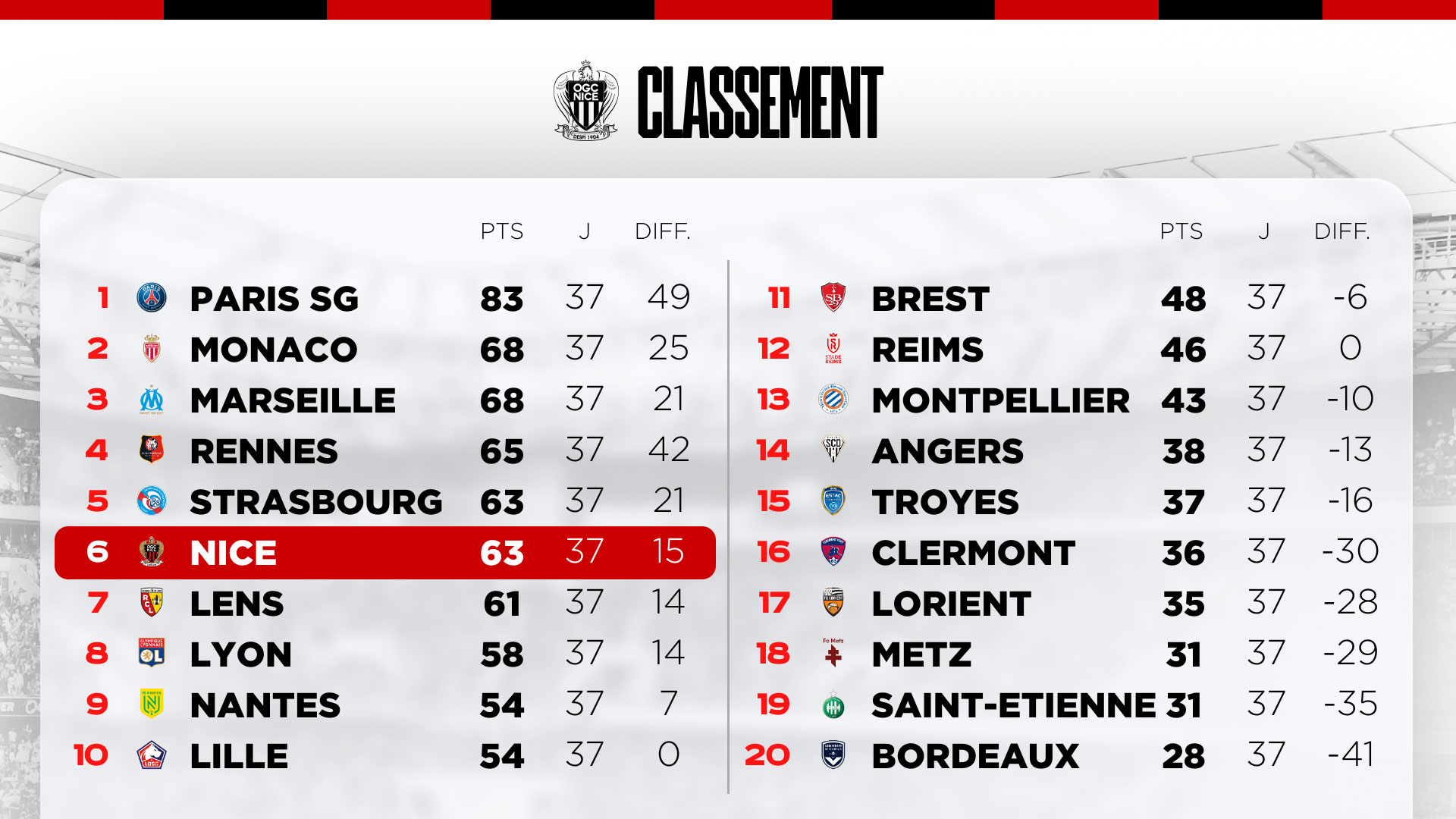 HOW ARE TEAMS SEPARATED?

In the event that teams finish level on points with each other, the first criterion for separation is their goal difference. In this respect, Rennes’ +42 appear to be out of reach for Nice, who are on +15. Therefore, any hypotheses in which Nice overtake the Breton side on goal difference have been deliberately excluded from the presentation above.

In the event that teams finish level on points and level on goal difference with each other, the rules state that head-to-head encounters play a deciding role. With Strasbourg having taken four points against Nice (compared to Nice having taken just one against Strasbourg), the Alsatians would remain ahead of Les Aiglons in the event that they finish level with each other regarding the first two criteria. Therefore, if RCSA were to win, Le Gym would have to win themselves and score at least eight goals in doing so.

Finally, the third criterion is the two teams’ head-to-head goal difference. Therefore, if Lens were to win by a single goal and Nice were to draw, their overall goal differences would both be +15. As a result, Les Sang et Or would overtake Les Rouge et Noir due to their 3-0 win in the two teams’ second encounter of the season (Nice beat them 2-1 in the first).