Halfway through the season, 'Foxdadoo' is the leader of the Ligue des Aiglons, the Rouge-et-Noirs' annual prediction competition, which is proving increasingly popular. But who is the 'autumn champion' of the LDA, and what is his method?

Born in Nice some 30 years ago, Foxdadoo is above all "a fan of Le Gym since I was very small", and his rise to the top of the LDA mirrors that of his team in L1. "I'm happy with the club being second halfway through the season," he said. "We've had a bit of luck, but we've played well. And I'm on a similar roll in the Ligue des Aiglons [laughs]." And what is his method for coming out on top against thousands of rivals? "A bit of studying the pre-match stats and then gut instinct. I try to take it seriously — I'm battling against my friends — but I must also admit there is some luck to it." 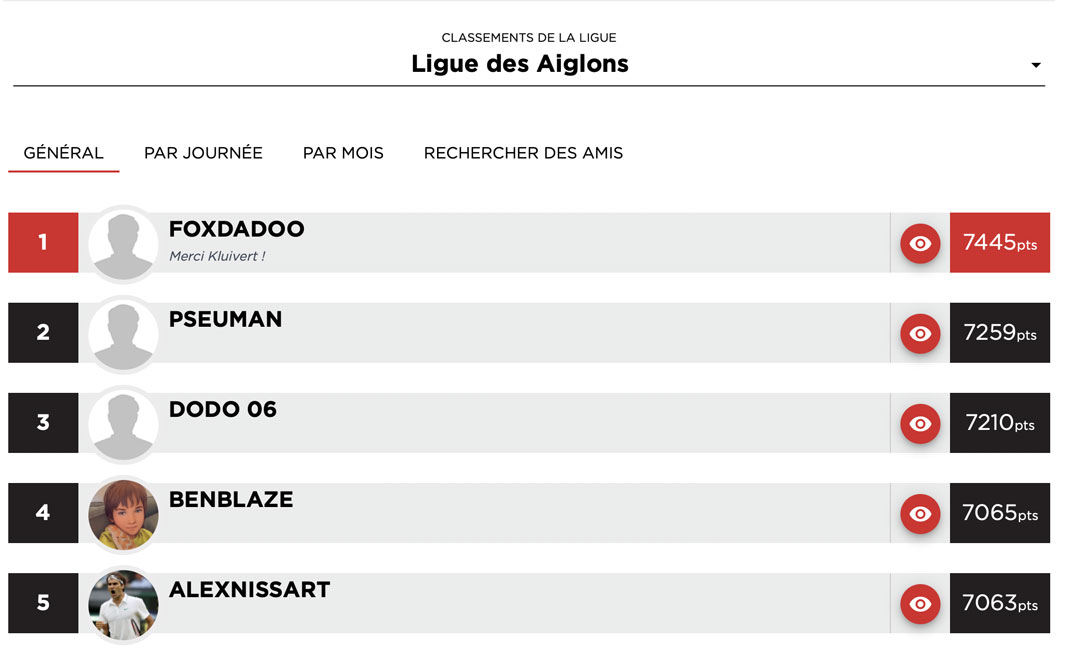 But you make your own luck, and it's not the first time Foxdadoo has excelled in the LDA. Last season, he was in second place at the mid-point of the campaign before dropping to third in the finale. "There's not much in it. If I make a mistake, I'll drop down the rankings. I must thank Kluivert! If it had been 1-1 against Lens, I'd have finished second or third. I played with my heart, so I went with a Nice win. So I think I'm going to get 'Kluivert' on the shirt I won as a nod to that."

A black-and-gold shirt that Le Gym offered him for his successful first half of the season. Will there be more to come by the end of the 2021/22 campaign?