After a more enterprising performance than their opponents (22 shots to 8), OGC Nice conceded their first defeat of the season at home to Montpellier (0-1) on Sunday in the 13th round of Ligue 1. Les Aiglons lacked the finishing touch and were surprised at the end of the match by Mollet (81'), leaving Lens in second place in the championship.

Back in an Allianz Riviera open to all supporters once again, Les Aiglons showed their determination on Sunday against Montpellier. While they took the initiative and controlled the match, Christophe Galtier's men struggled in front of goal, either in their final or penultimate moves. After spending most of the game in Montpellier's half of the pitch, they eventually succumbed to one of the rare opposition forays forward and conceded a first defeat at home (0-1).

As soon as the whistle blew, Amine Gouiri looked liberated as a violent violent downpour struck the Côte d’Azur. Le Gym's number 11 kept on appearing between the lines and was involved in all of Nice's good moves. Active and accurate in his passing, he was the first to test Jonas Omlin. Meeting a cross in the heart of the Montpellier box, Gouiri controlled and fired, but the attempt went wide (13'). With patience, Les Aiglons continued to probe their opponents and sent in several crosses, which were well dealt with by the visiting defence led by a solid Mamadou Sakho and an excellent Maxime Estève. Nice continued creating chances going forward, but were not in much danger from the opposition, who tried a few times from distance through Stephy Mavididi and Florent Mollet. From the right, the left and the centre, the home side kept attacking Omlin's goal but were not accurate enough from the edge of the area.

After the break, Alexis Claude-Maurice took his place in the Nice 4-4-2. His entrance in the game, and later the return of Kasper Dolberg, only increased Nice superiority. ‘ACM’ soon tried his luck before Gouiri was denied by an Omlin save (47'). Les Aiglons were then unlucky when Lemina saw his shot hit the bar after a clever curled shot (54'). Later, Delort tried a bicycle kick (75'), but a lack of precision meant that Le Gym left themselves open to a frustrating scenario. It arrived in the last ten minutes when Florent Mollet struck his effort well to beat Benitez, following a cross from Ristic (0-1, 81').

OGC Nice will return to Ligue 1 on 21st November away at Clermont, after being beaten for the first time at home this season. 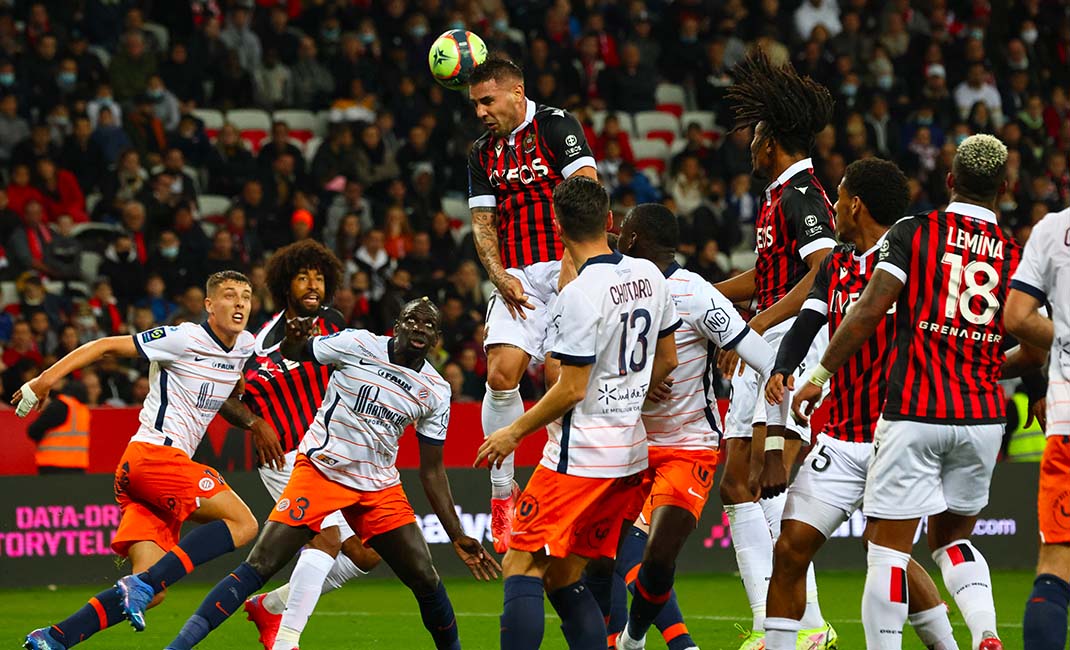 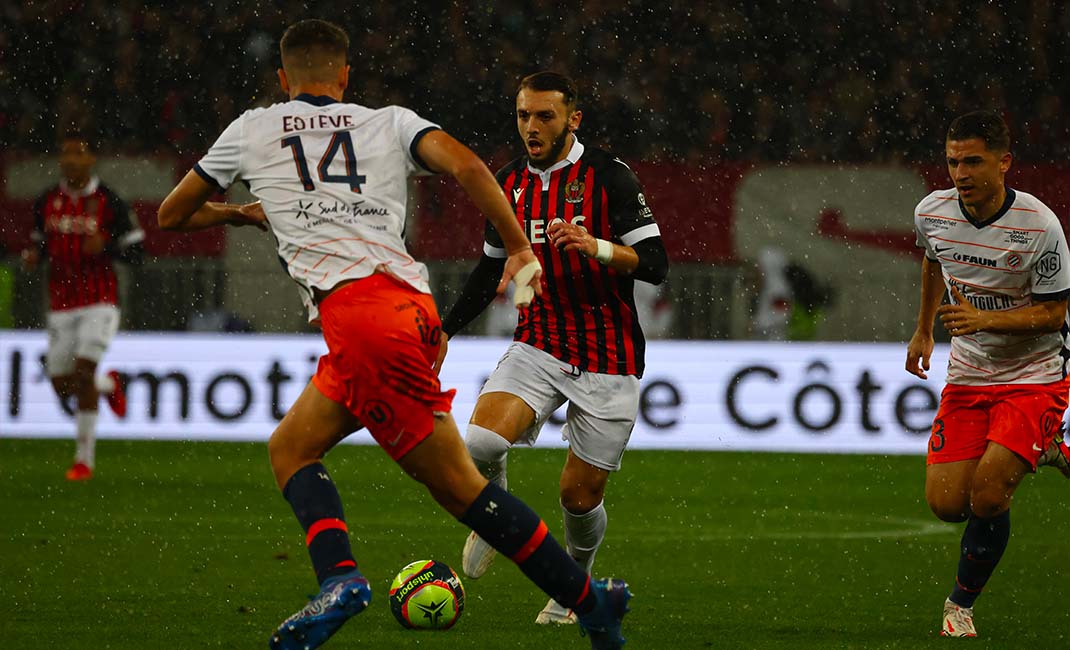 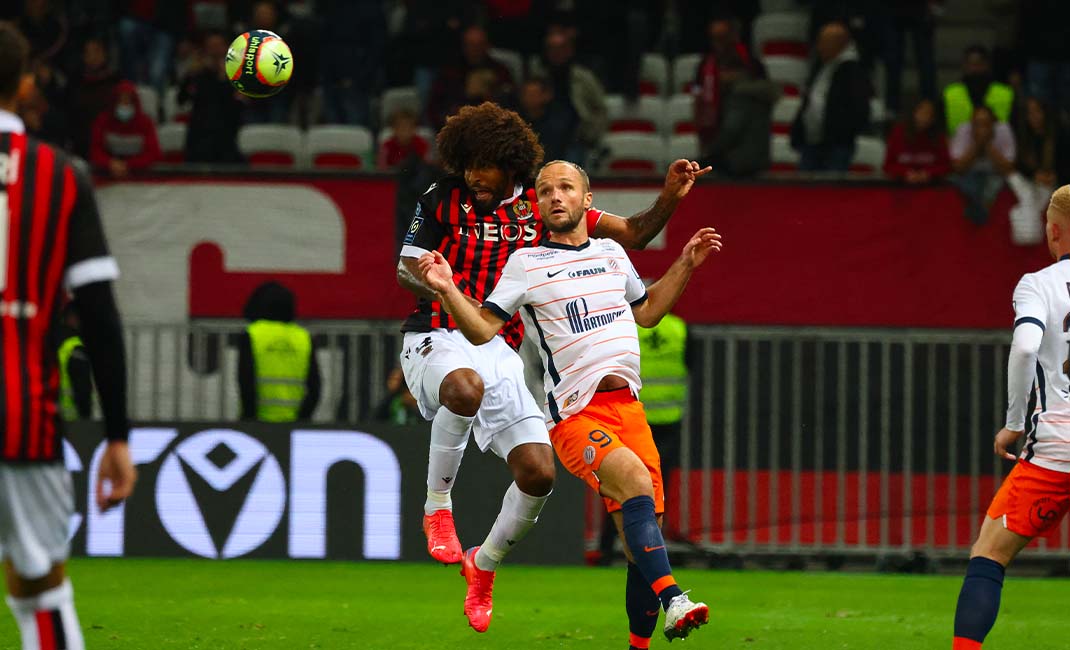 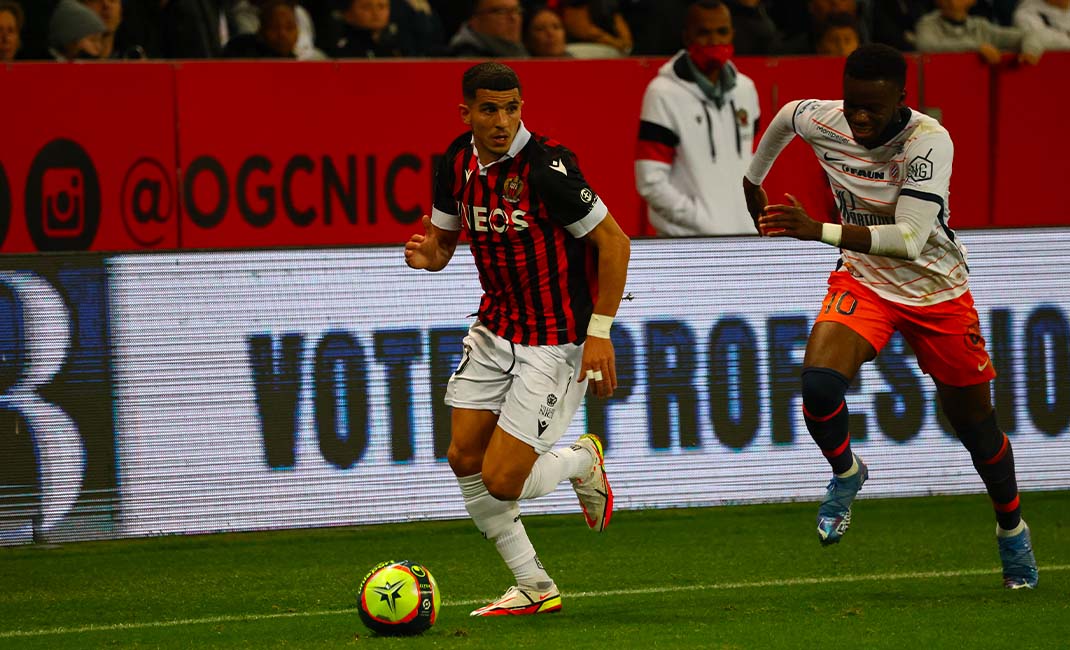 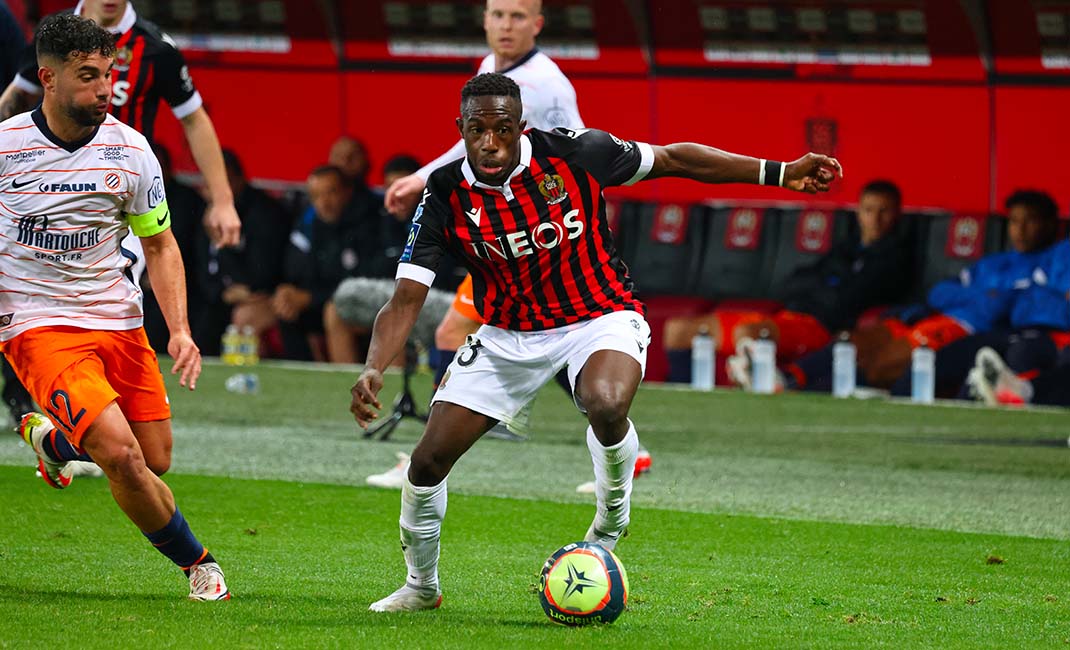