A defeat that leaves a bitter taste (2-1)

Despite an impressive second-half performance, Le Gym fell to defeat against Olympique de Marseille in the final game of Matchday 29 of Ligue 1 Uber Eats (2-1). A defeat that comes with immense regrets given the way the game played out, particularly with the penalty that wasn't given for a foul on Delort in the 73rd minute.

It seems that it was written in the stars that the Mediterranean Derby would be a tale of penalties. With one given to Marseille in the dying moments of the first half, which was converted by Milik. And another not given to Nice with just over fifteen minutes left to play, when the hosts were leading by just one goal to nil. The move in question saw Saliba collide with Delort, but Mr. Brisard was unmoved. It takes nothing away from the Marseille victory, but when looking back, changed the face of the end to this match. And it just serves to reinforce that bitter taste that is left in the mouth.

Rewinding back to the beginning of the final chapter of Matchday 29, the fist quarter of an hour saw the home side take control, hold onto the ball and peg Les Niçois back into their half, but without creating any chances of real note. But Le Gym grew in confidence as the minutes went by and created the first real chance of the encounter. Melvin Bard was played down his left wing before crossing for Stengs. The Dutchman's volley just missed Pau Lopez's goal (23’).

Three minutes later, OM went close but William Saliba's header was perfectly pushed away by Walter Benítez (26’). The match was fairly balanced, with both sides looking to play attacking football. Despite being well set-up in the encounter, Nice conceded the first goal of the match. Referee Jérôme Brisard awarded a penalty to Marseille after Jean-Clair Todibo fouled Cengiz Ünder. Arkadiusz Milik stepped up and sent Benítez the wrong way to give his side the lead just before half-time  (1-0, 45+3’).

DELORT COMES CLOSE TO THE EQUALISER

After the break, Les Aiglons looked to attack and thought they had got the equaliser, but Andy Delort's effort was ruled out as Calvin Stengs was in an offside position at the beginning of the move (47’). A few minutes later, Benítez dealt with Ünder's strike (54). Les Rouge et Noir were more and more present in the Marseille half as they looked to find the equaliser, and progressively began to take control of the match. Pau Lopez parried Stengs' right-footed effort off for a corner (60’) and a powerful strike from Gouiri just went over the bar. 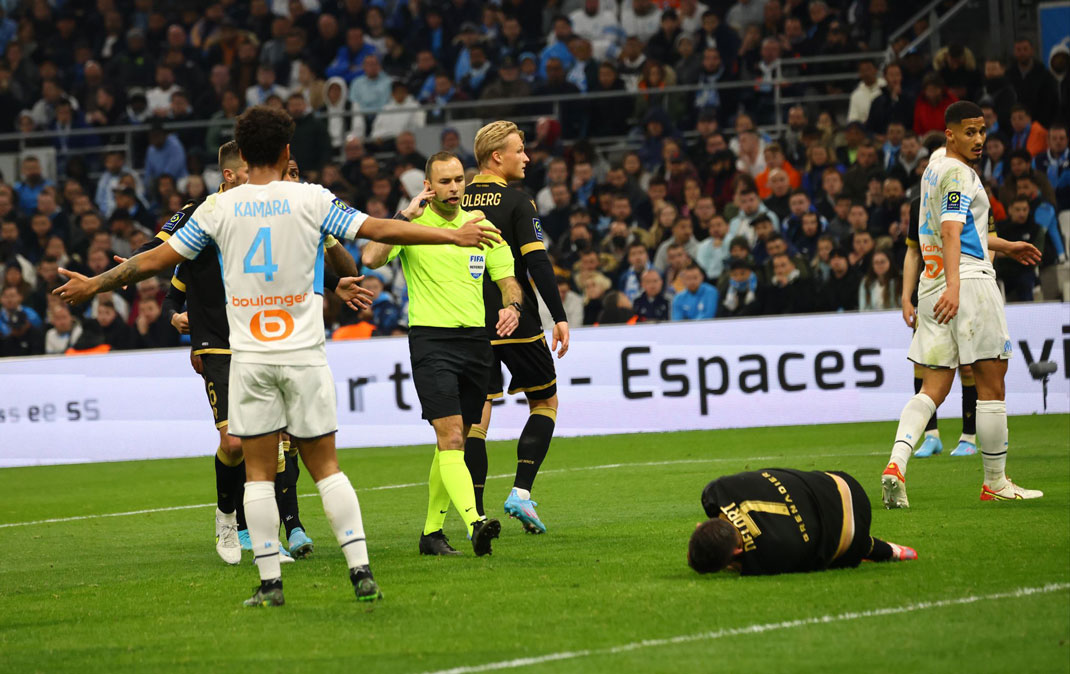 Ten minutes later, Thuram played the ball into Delort and the Algerian international struck with the outside of the boot, only to be denied by the onrushing Pau Lopez (70’). This was just before the turning point in the encounter: a penalty that wasn't given, after Saliba crashed into Delort (73’). Le Gym pushed to get back into the match and went close with chances for Gouiri and Delort (74’, 76’) but the brave Aiglons weren't to be rewarded. Bakambu doubled the Marseille lead when he converted a cross from Gerson (2-0, 89’). Le Gym dug deep and reduced the home side's lead as Lemina bundled home Kluivert's free-kick (2-1, 90’). However, it was too late on in the game for this glimmer of light to become a real source of hope. With this defeat, Le Gym now sit three points behind OM and two behind Rennes, who will travel to the Allianz Riviera after the international break (Matchday 30, kick-off on Saturday 2 April at 5pm). 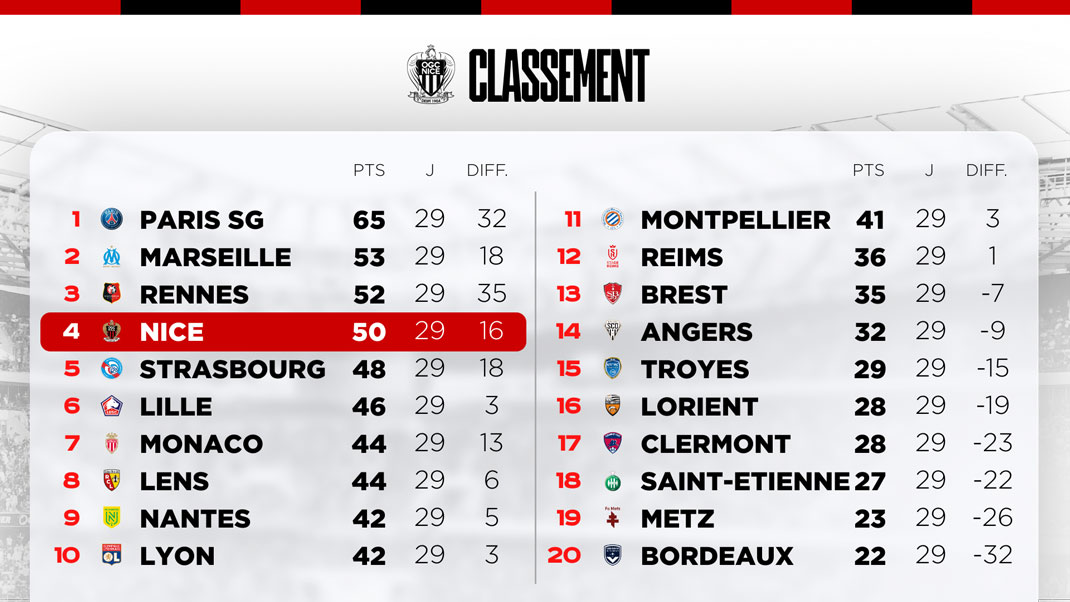 The Zap'Gym: a frustrating derby

The Zap'Gym: a frustrating derby

Aiglon of the match from Marseille - Nice

Galtier: "The foul that wasn't given was a huge turning point"

Galtier: "The foul that wasn't given was a huge turning point"

The fans are ready to go!

The fans are ready to go!

The incredible story of Sellouki, the last scorer at the Vélodrome

The incredible story of Sellouki, the last scorer at the Vélodrome

"Kluivert should be available”

"Kluivert should be available”

The last win in Marseille

The last win in Marseille