The Gym may have gone back to silence in the behind closed doors game against Bordeaux, but they put on a good show at the Allianz Riviera on Saturday afternoon. In the fourth match day of Ligue 1, they produced an almost flawless first half and were already leading 3-0 at the break thanks to a goal from Justin Kluivert and a brace from Amine Gouiri. In the second half, Khephren Thuram sealed a 4-0 victory for Nice. The Aiglons recorded another clean sheet and are still unbeaten this season.

It was a game of pace, desire, craziness, and precision. From the very beginning, the Aiglons put all the ingredients required by Christophe Galtier to achieve a perfect start. In their fourth Ligue 1 outing of the season, they largely dominated a Bordeaux side that had won 3-0 on this same pitch last season. This time, the Gym triumphed over their Aquitaine opponents. After making the difference and taking the initiative in the first half, they calmly dictated the second half and Khephren Thuram added to their tally with one of his runs into the box.

Against Bordeaux's 5-3-2 formation, the Gym quickly looked to take advantage of the visitors' defensive errors. In the second minute, Jordan Lotomba's cross from the right found the head of Justin Kluivert. The Dutchman's effort forced Benoit Costil into a save. Amine Gouiri then failed to hit the target with his attempt.

A few minutes later, Hicham Boudaoui got into space, went past his man, and then crossed for Kluivert who deceived Costil from inside the box (1-0, 7'). His first goal for the Rouge et Noir. Bordeaux struggled to cope with the attacks from the Nice attacking quartet and Mario Lemina and Pablo Rosario’s precision passing, and they struggled on the flanks. They were devastating in transition, and the Gym bombed on towards Bordeaux's goal when Gouiri left the ball to Kluivert. The first goalscorer stood his man up before shifting the ball to his team-mate who made it 2-0 (33'). After having success down the right and through the middle, Nice were then dangerous down the left when the number 11 challenged Laurent Koscielny and won a penalty, which he converted himself by finding the top corner (3-0, 42').

After the break, Nice were once more first to threaten. It was the first time that Calvin Stengs, who had taken over from the injured Kluivert, made an appearance in Ligue 1 and he struck a shot that Costil had to save (47'). The second half was a far less lively affair due to the changes and the scoreline. The first half was a tense affair, with the second half being a little less animated as Bordeaux settled higher up the pitch, but there were not many chances for Benitez to deal with. In the 84th minute Khephren Thuram scored his first of the season as he took advantage of a back-heel from Ndoye to finish past Costil and put an even greater shine on the Aiglons’ victory. The Gym are still unbeaten after four games ahead of the international break, with the Ligue 1 on hold for the time being.

THE VICTORY IN IMAGES: 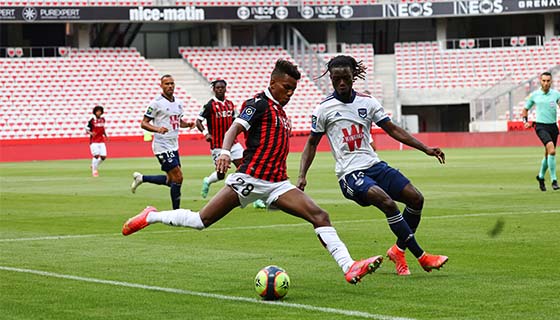 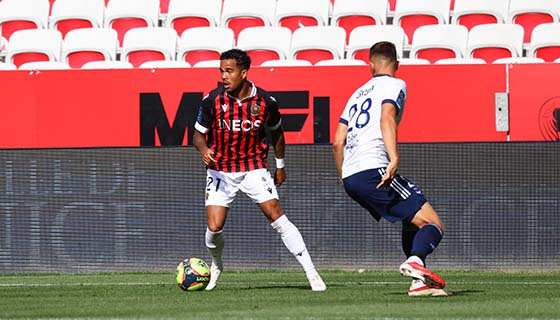 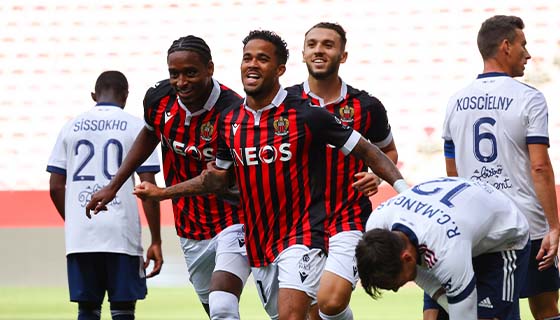 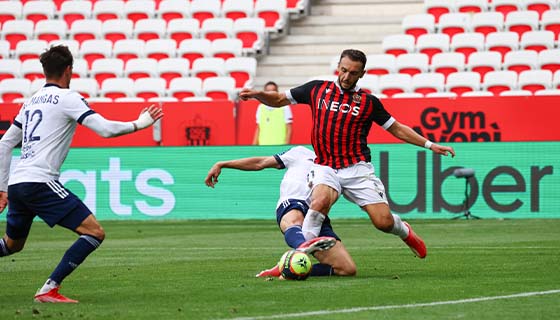