Against a Strasbourg side full of intensity and that dominated the encounter, OGC Nice held on to take home a point on Saturday (0-0). Despite playing the second half with ten men following the sending off of their captain Dante, Les Aiglons and an excellent Walter Benitez did what was needed to deny their hosts' attack. With this point, Le Gym regain 2nd place in Ligue 1, while waiting for OM's match and maintain their lead (3 points) over RCSA in fourth.

In a sold-out Stade de la Meinau, intensity and commitment were on show from the get go, with Strasbourg playing high up the pitch. From the very start, Les Racingmen demonstrated their intention to snuff out Les Aiglons and force them into making mistakes when playing out from the back. However, against a Nice line-up with three centre backs, it took RCSA fifteen minutes in order to record their first real chance of the match, after two early shots off-target (2’, 4’). Following that, after winning the ball high up the pitch, Kevin Gameiro was played into the box but sent his effort wide (15’). The match really got going after the next chance, but Alexander Djiku managed to get back to deny Amine Gouiri, who had been played in behind the home defence.

Just before the thirty-minute mark, it was from distance once more that Racing tried their luck. Sanjin Prcic let rip and forced Walter Benitez to make an excellent stop (29’). After thirty intense minutes, the first half came to a close with a chance in the Strasbourg box. Le Gym won the ball back thirty metres out, Andy Delort and Gouiri combined, the number 11 broke into the box but his curled effort couldn't find the target (45’).

DOWN TO 10, NICE HOLD ON AND BENITEZ SHINES

Despite losing their grip slightly in the final moments of the first half, Strasbourg started the second with the same intensity as they had shown at the start of the first. Quickly, Dante was caught out by Gameiro, who he then fouled to earn a second yellow card, and pick up a red card for the second time for Le Gym. With a numerical disadvantage, Nice held on for a point and remained solid against a Strasbourg side lacking inspiration. Christophe Galtier made three changes after an hour: Hicham Boudaoui, Mario Lemina (65') and Evann Guessand (69'). While Julien Stéphan sent on striker Habib Diallo and modified his side's shape. 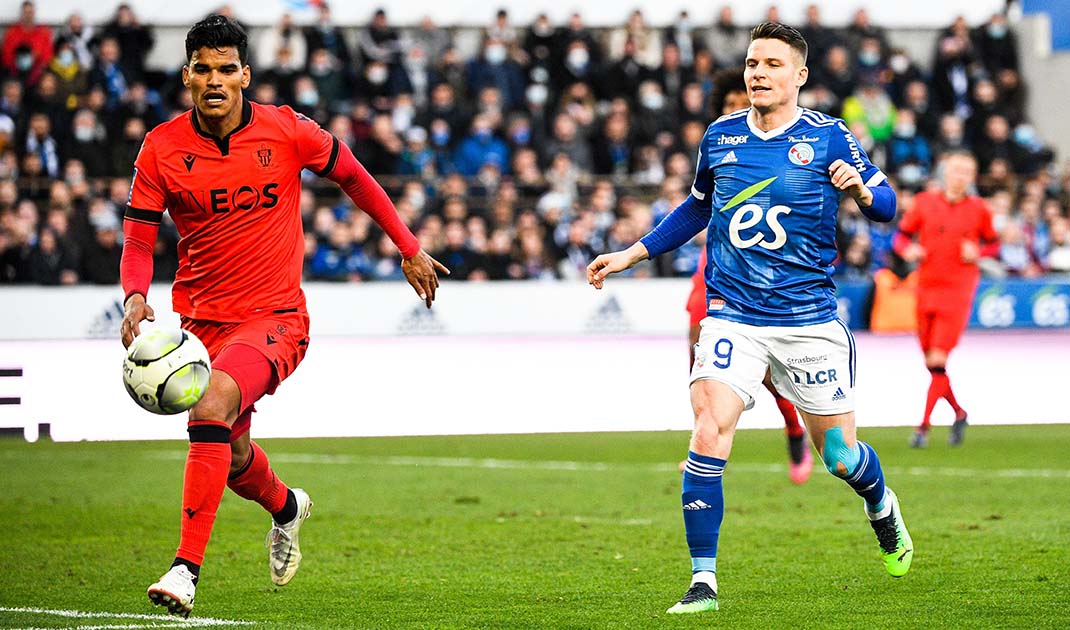 It was one of his starters that first troubled the visitors. With his right foot (68') and head (74'), Gameiro created the best two chances of the second half. Diallo then came close after a long ball forward, but Benitez came out on top (76'). The Senegal international was further frustrated by the Argentine who pulled off an impressive double save, with his foot and then his hand (79'). With the captain's armband proudly worn, the final line of the Nice defence was then called into action again once more by Diallo (84'). There was just time for Kluivert (on the bench) to receive a red card from Stéphanie Frappart, before the match came to a close and the spoils were shared.

It's now time for the Coupe de France! OGC Nice will play in the semi-final at the Allianz Riviera against FC Versailles (9pm)! A battle for a spot in the final at the Stade de France, with tickets still available. Get yours here! 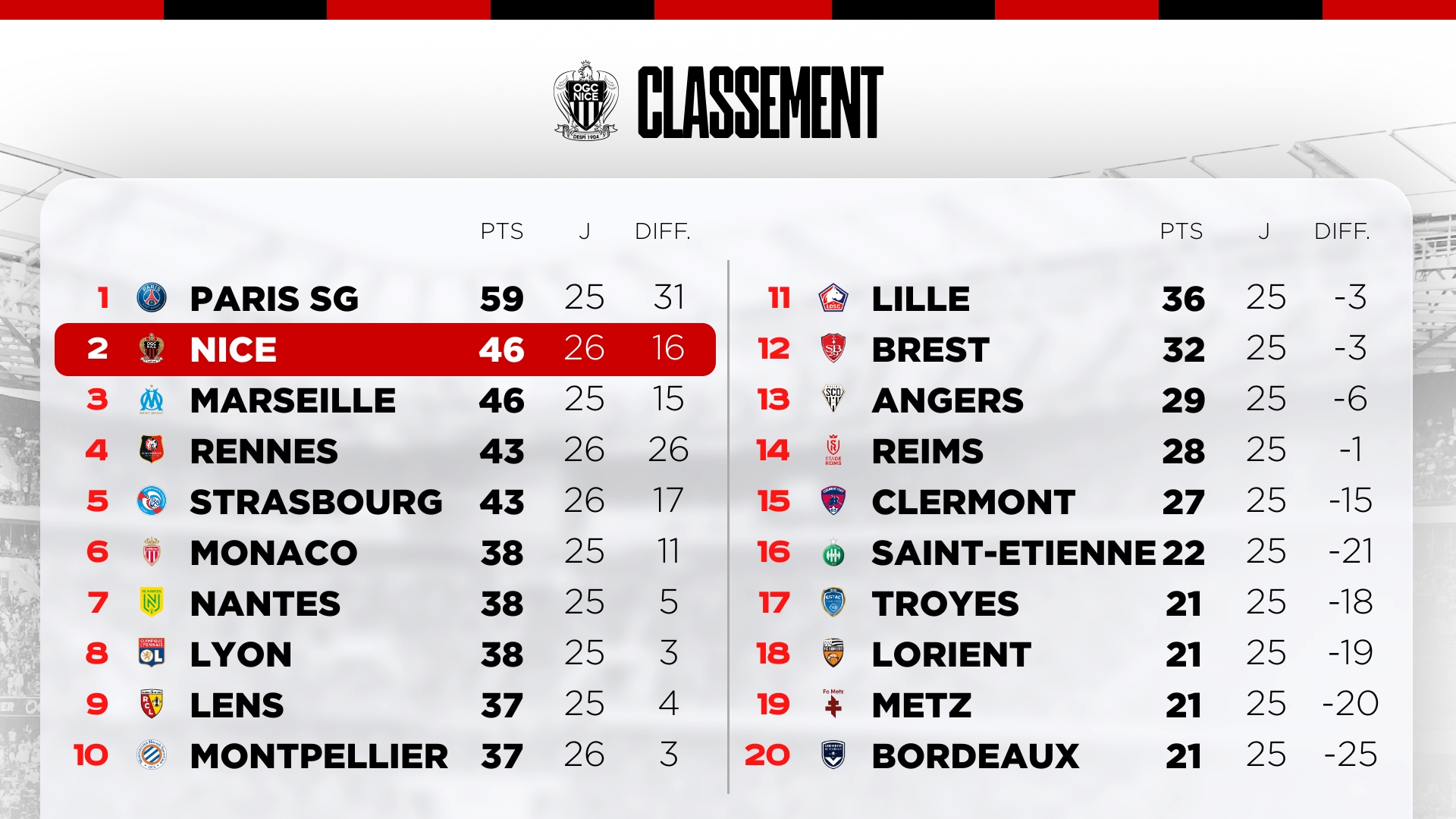 Galtier: "My players gave their all"

Galtier: "My players gave their all"

21 Niçois heading to the Alsace

21 Niçois heading to the Alsace

Four out for Strasbourg

Four out for Strasbourg