Coupe de France Round of 16

Le Gym with a heroic and historic performance!

Thanks to two key saves from Marcin Bułka in the penalty shootout, Le Gym pulled off an upset by knocking PSG out of the Coupe de France! After the 90 minutes ended goalless, Les Aiglons came out on top against the current holders, who hadn’t been beaten in the competition since 2019. Nice will play against Olympique de Marseille in the quarter-finals at the Allianz Riviera on 9th February!

AN EVEN FIRST HALF

Remaining faithful to their playing style, PSG got their foot on the ball right from the outset but lacked the pace to unbalance Nice’s well-organised defensive unit. Whenever they won the ball, Les Aiglons tried to spring forward with speed, and Justin Kluivert’s activity on the wing helped to light the fuse. The first chance of the game was indeed for Le Gym. On the edge of the box, the number 10 tried his luck with a wayward shot (17’). Paris then replied through Marco Verratti, the liveliest player for the hosts, as his combination play with Lionel Messi led to an off-target shot (22’). 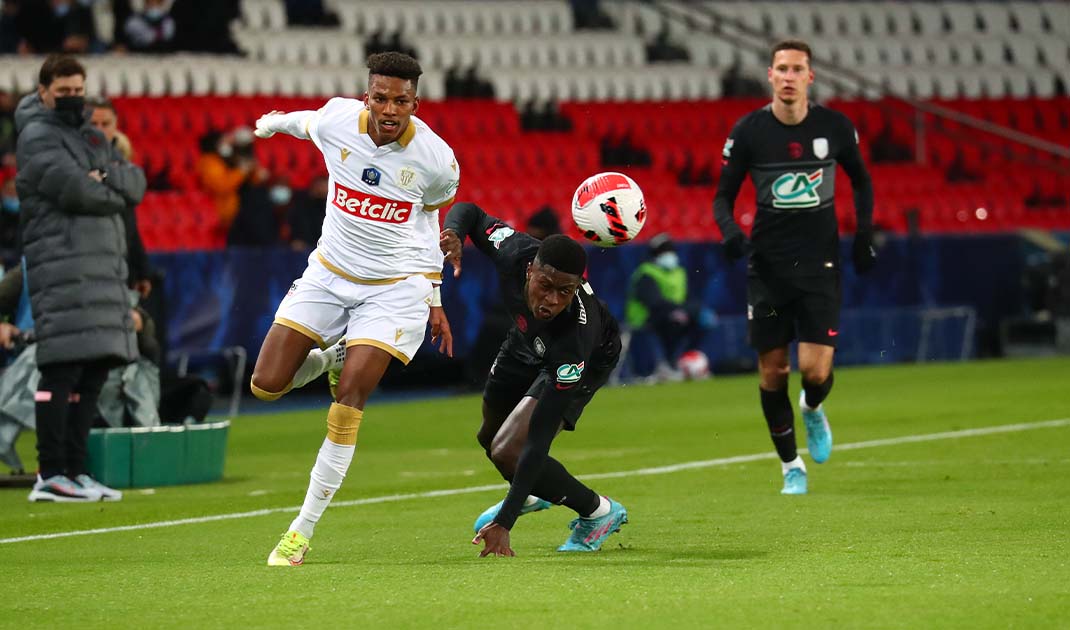 Remaining organised, Le Gym were able to rely on a solid defence and saw Jean-Clair Todibo stop a shot from Julian Draxler inside the box (31’). In the dying moments of the first half, more danger came, this time from Messi. Having been found again by Verratti, the Argentine took a touch before firing off a quick shot that ended up in the gloves of a reliable Marcin Bułka.

The second half started with Nice’s biggest chance of the match. From a quick transition, Gouiri found Kluivert in behind the defence. Running towards goal, the Dutchman was able to break into the box and get a powerful shot away, but Donnarumma got down strongly to close the angle and stop it (48’). After a long lull in proceedings that was mostly filled with spells of possession for Paris, Le Gym breathed a sigh of relief when Boudaoui stopped the ball on the line. From a Paris corner, Kimpembe was the first to it but saw the Algerian clear it away from his own goal (71’). Shortly afterwards, substitute Kylian Mbappé twice tested Bułka, failing to beat him on both occasions. With 15 minutes left in the match and with both teams heading towards a penalty shootout, Christophe Galtier handed Billal Brahimi his Rouge et Noir debut. 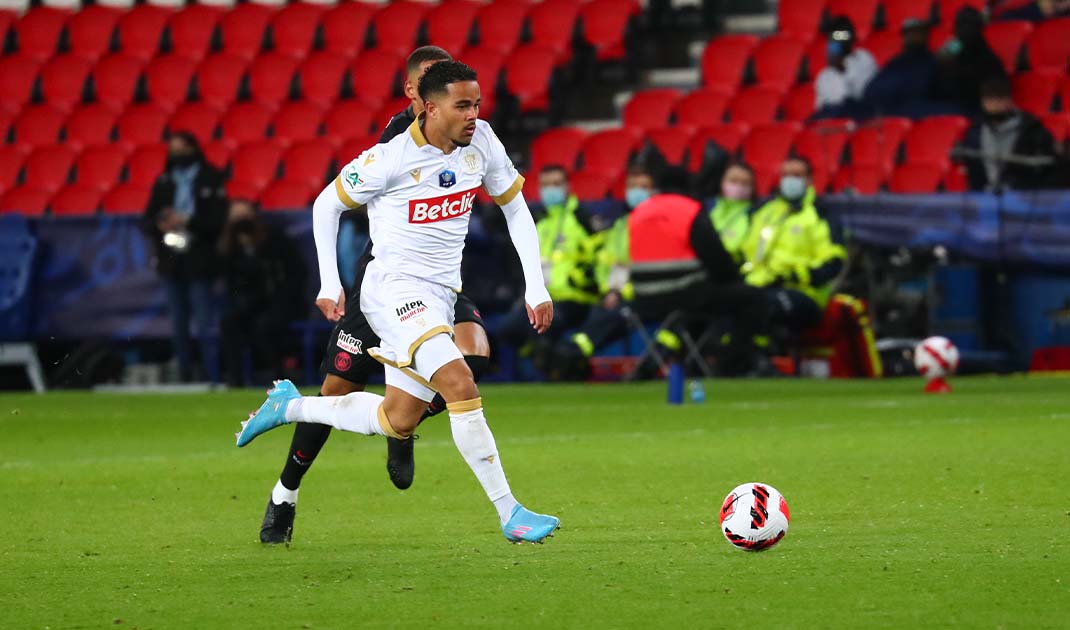 At the Parc des Princes, tempers were flaring, yellow cards were raining down, and spaces were opening up in behind the Parisian defence. Brahimi rushed into one of them and played a fine ball towards Kluivert, whose shot inside the box was stopped by Danilo (86’). With it feeling as though there would be a late knock-out blow, Paris carved out two big chances to finish. The first one saw Todibo deny Messi (90’+2), whilst the second one saw Mbappé unable to control the ball inside the box from the second phase of a corner (90’+2).

BUŁKA SENDS LE GYM THROUGH TO THE QUARTER-FINALs

After the 90 minutes ended goalless, the two teams battled it out on penalties. Les Aiglons, who were the first to step up, got themselves on the right track through Morgan Schneiderlin. A save from Bułka to deny Leandro Paredes was then followed by a leveller for PSG, but another key stop from the Pole to thwart Xavi Simons in sudden death sent Le Gym through to the quarter-finals. 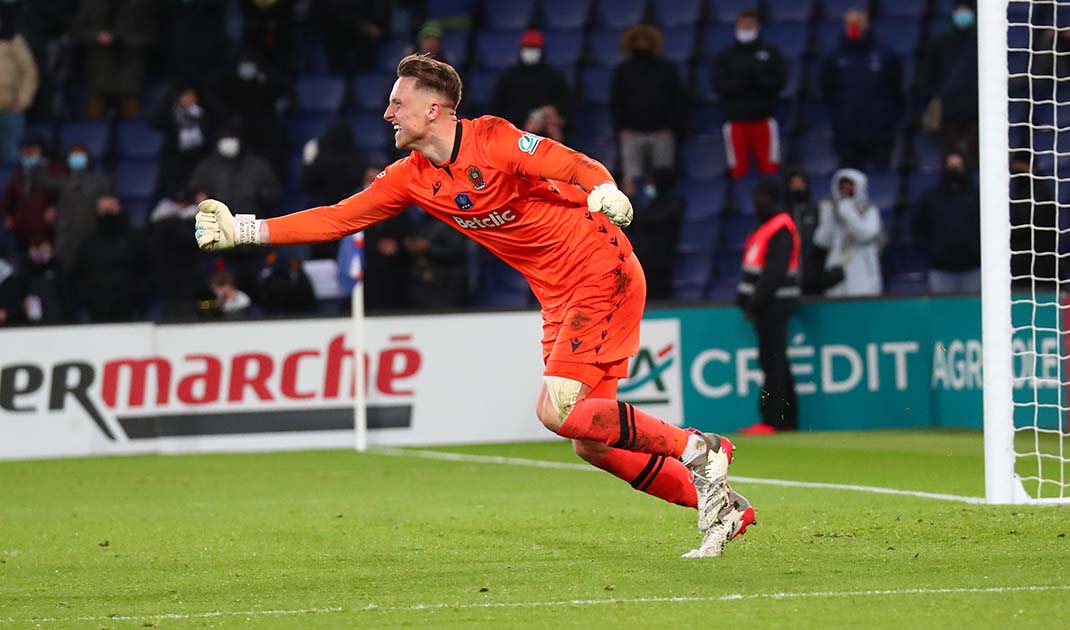 THE DRAW FOR THE QUARTER-FINALS

Les Aiglons will return to Ligue 1 action on Sunday 6th February at 15:00 CET, when Clermont Foot will be their opponents on Matchday 23 of the league season. Click here to purchase tickets for the game.

The highlights of Paris-Nice
7/1

The win in Paris in 60 snapshots

The win in Paris in 60 snapshots

Joy in the Nice dressing room

Joy in the Nice dressing room