Thanks to goals from Thuram (his second in two matches) and Gouiri, Le Gym picked up another victory at Metz on Sunday (0-2). Clearly dominating the encounter, Les Aiglons created chances at the Stade Saint-Symphorien and made it five consecutive victories in Ligue 1, already picking up their eighth away win in the league, which equals the current club record in the top-flight! After 22 matches, Nice are still in second place in the league table.

The home side started the brighter, but Le Gym quickly set the tone for the encounter. After a quarter of an hour, Les Aiglons had their first chance after an excellent team move. Hicham Boudaoui and Jordan Lotomba combined on the right. With a back-heel, the full-back was played into the box by his teammate and he found Amine Gouiri. The forward's strike forced Marc-Aurèle Caillard into his first stop of the afternoon (15’). In the minutes that followed, the Metz keeper was called into action once more to deny the number 11 from the edge of the box (19’), and then to prevent Calvin Stengs from getting on the scoresheet. The Dutchman volleyed at goal after receiving the ball from Kasper Dolberg, who had just been found by a particularly lively Lotomba, (31’). The first half came to a close with another chance for the visitors. Boudaoui was once again at the heart of the move and played Gouiri in on goal. In the box, the French forward shot off-target into the side-netting of Caillard's goal (39’). 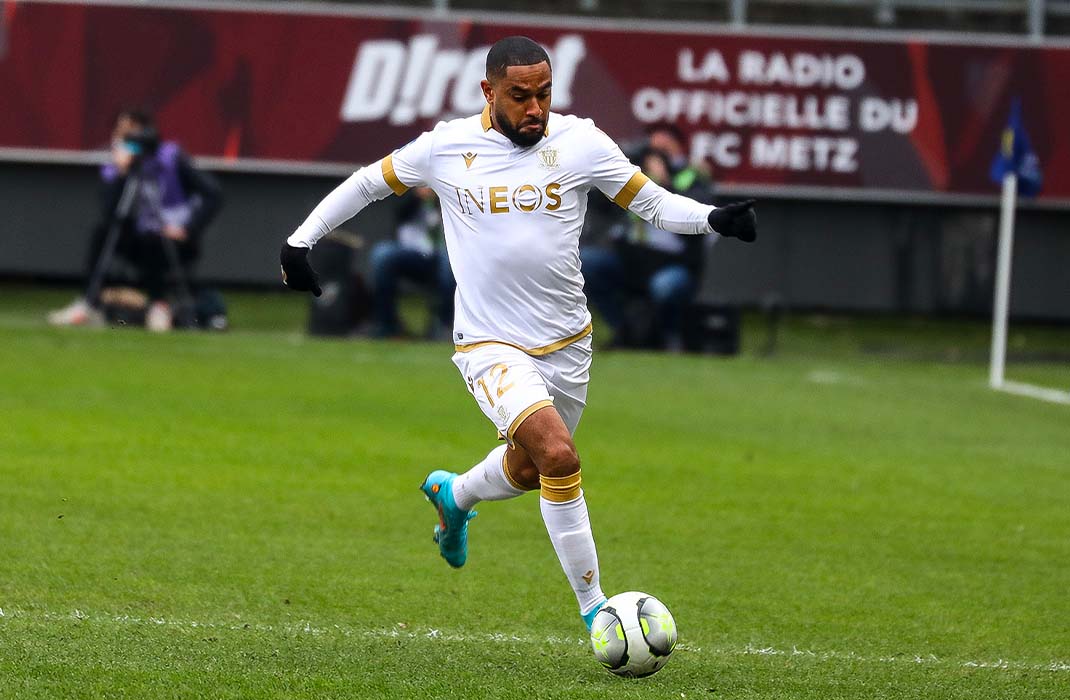 Thuram, the fox in the box

As in the first half, the second started with a lack of rhythm. But, after several minutes of back and forth, Le Gym ensured that they didn't pass up on their next chance. With Les Aiglons getting numbers into the box, Gouiri crossed for Khephren Thuram after a set-piece. Craftily, the midfielder got free but missed his initial effort. At the second time of asking, with a powerful sliding effort, he left Caillard and the Metz defence with absolutely no chance (0-1, 58'). His third goal of the season in Ligue 1 and the second in two matches! 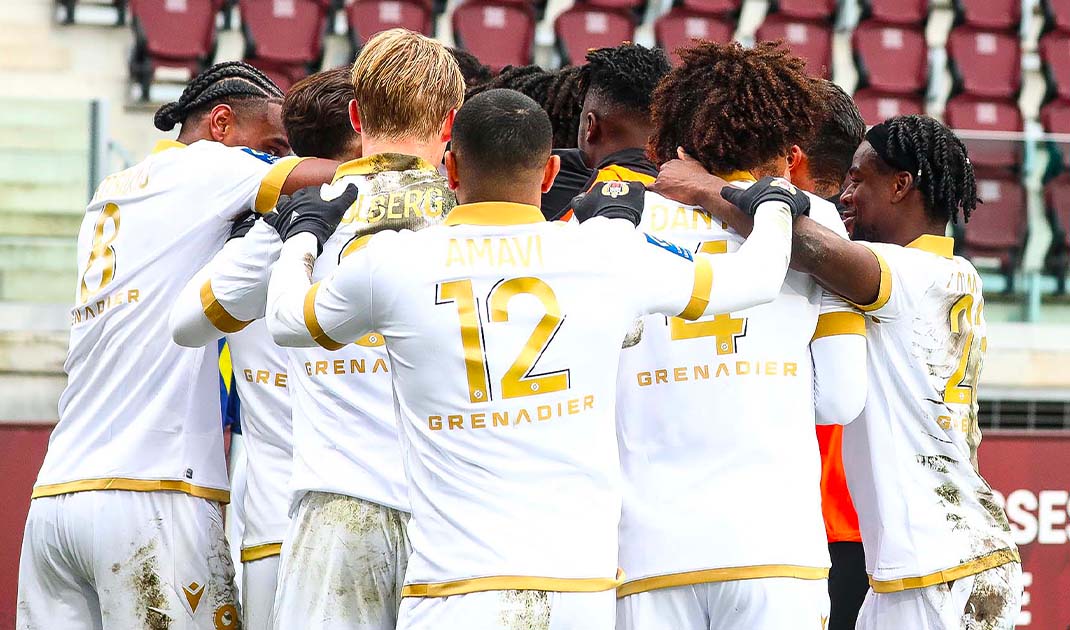 After getting in front, Nice thought they had doubled their lead. Some excellent work from Guessand and Gouiri then came out on top in his one-on-one with Caillard (77'). But after consulting with VAR, Gouiri's 10th goal of the campaign was ruled out for offside at the start of the move. Les Aiglons continued to press and Guessand was decisive once again. The striker was knocked off balance in the box and secured a penalty, which Gouiri converted with a panenka that Caillard was unable to keep out (0-2, 86').

This time, Le Gym's number 11 scored his 10th goal of the season in Ligue 1 and secured Nice's eighth win away from home in L1. A club record for Les Rouge et Noir (on a par with the 1972-73, 2016-17 and 2020-21 seasons), with another 7 away trips still to come this season. With another three points, Christophe Galtier's squad returned to their spot in second place of L1.

Le Gym's next encounter will be in the Coupe de France. Les Aiglons will be at the Parc des Princes on Monday 31 January to face PSG, current holders, in the Round of 16 of the competition. 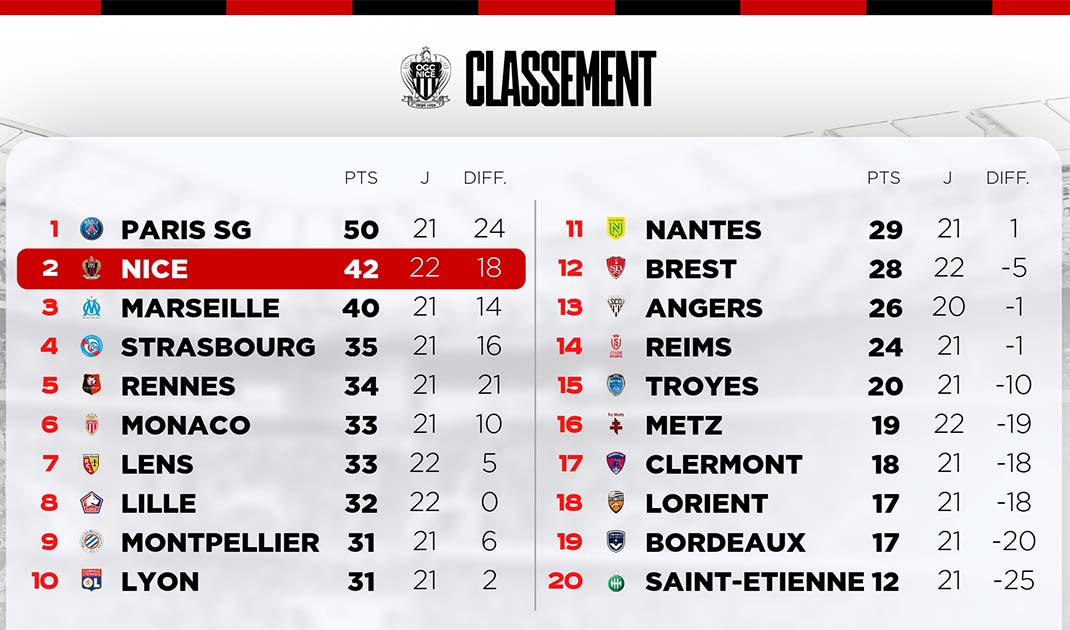 The win in pics

The win in pics

Back to the training ground ahead of the trip to Metz

Back to the training ground ahead of the trip to Metz