Away to a PSG side who had won every single one of their home games in the league this season, OGC Nice put in a solid performance to earn themselves a 0-0 draw at the Parc des Princes. Although they may rue Kasper Dolberg’s header onto the post midway through the second half, Les Aiglons put up a strong resistance to the current Ligue 1 leaders and reacted well following last weekend’s 1-0 defeat to Metz.

Right from the start of the game, Paris got their foot on the ball and monopolised the possession. Although the play was leaning more in favour of the Parisians, with the hosts trying their luck from distance, Gianluigi Donnarumma was the first of the two goalkeepers to be called into action. From 25 yards out, Dolberg lined up a powerful shot that forced the Italian into a diving save in the ninth minute – an early warning sign for PSG against a Gym side who were looking to sting their opponents at every turn and do their utmost to make the most of the spaces left in behind by the home side’s very high defensive line. Andy Delort was stopped inside the penalty area by Presnel Kimpembe in the 17th minute, but just a few minutes later, the World Cup winner was powerless to stop the striker, who had been picked out in the middle of the box by a great cross from Hicham Boudaoui. The unmarked Algerian’s header was met by the flying Donnarumma, however. Nice’s biggest chance of the first half then came just minutes after a vital double save from Walter Benitez to deny Mbappé with his hand, then Idrissa Gueye with his foot. 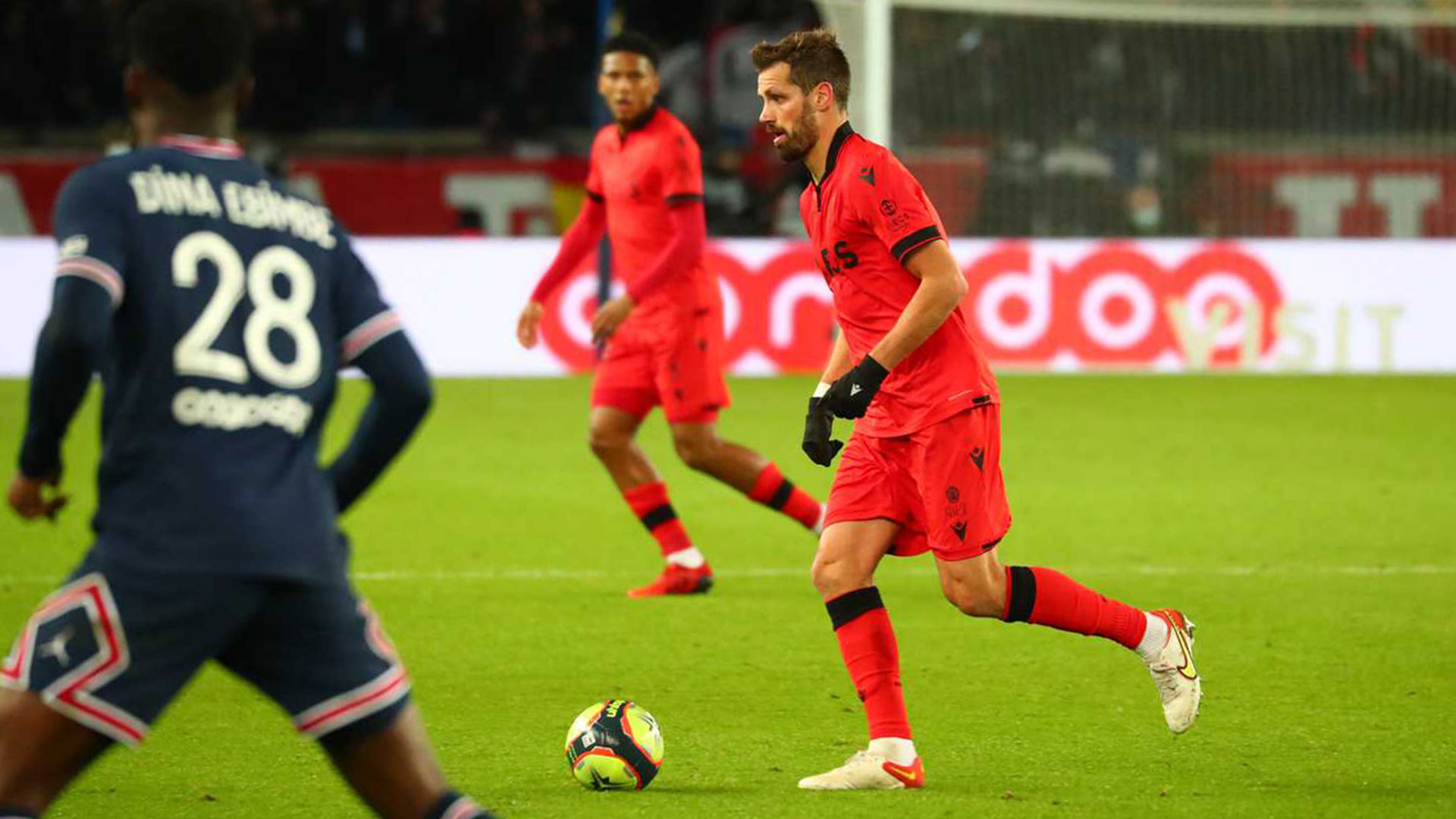 Le Gym’s Argentine again came to his side’s rescue after the restart, pulling off another double save, firstly to deny Angel Di Maria, who had been put clean through on goal by a fine pass from Mbappé, then to stop a powerful shot from Nuno Mendes that was heading towards the far corner of the net. Although they were now playing deeper, Les Aiglons didn’t give up their vague hopes on the attack. In a counter-attacking move that was eventually put to a halt, Kluivert switched the play over to Boudaoui, who, after controlling the ball, put in a cross that found Dolberg. The Dane’s intelligent movement had freed him of Kimpembe and left him unmarked in the six-yard box, but his header unfortunately hit Donnarumma’s post. 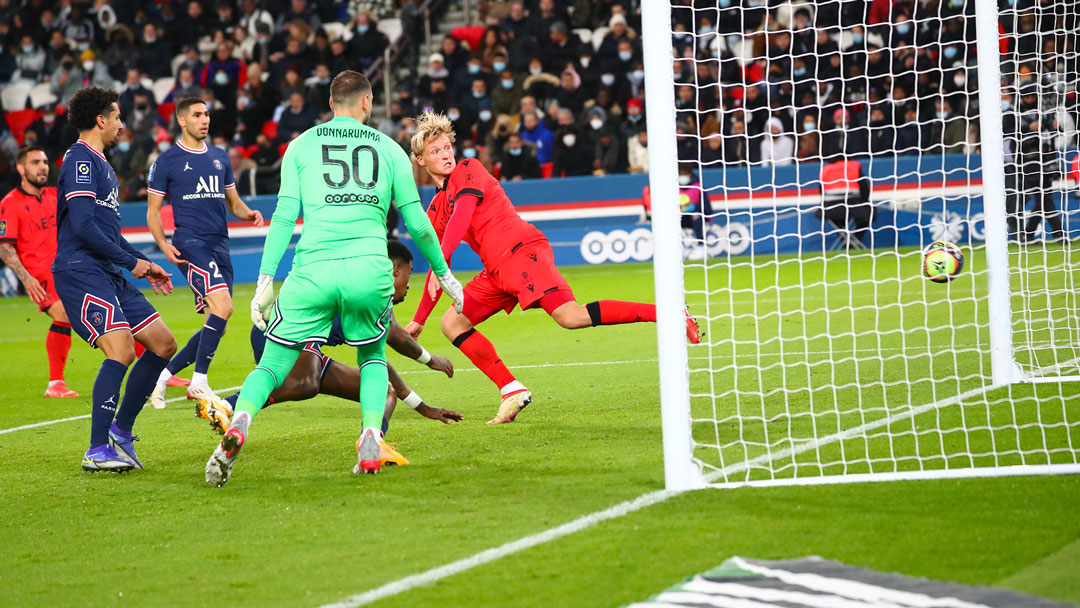 And Le Gym had let their chance slip. Having been saved by the woodwork, PSG then went close to taking the lead themselves, but Mbappé dragged his shot wide of Benitez’s goal. The final half an hour was marked by loose play on one hand and, on the other, a goal-saving intervention from Dante to deny Mbappé in the 87th minute, which led to the two teams sharing the spoils. 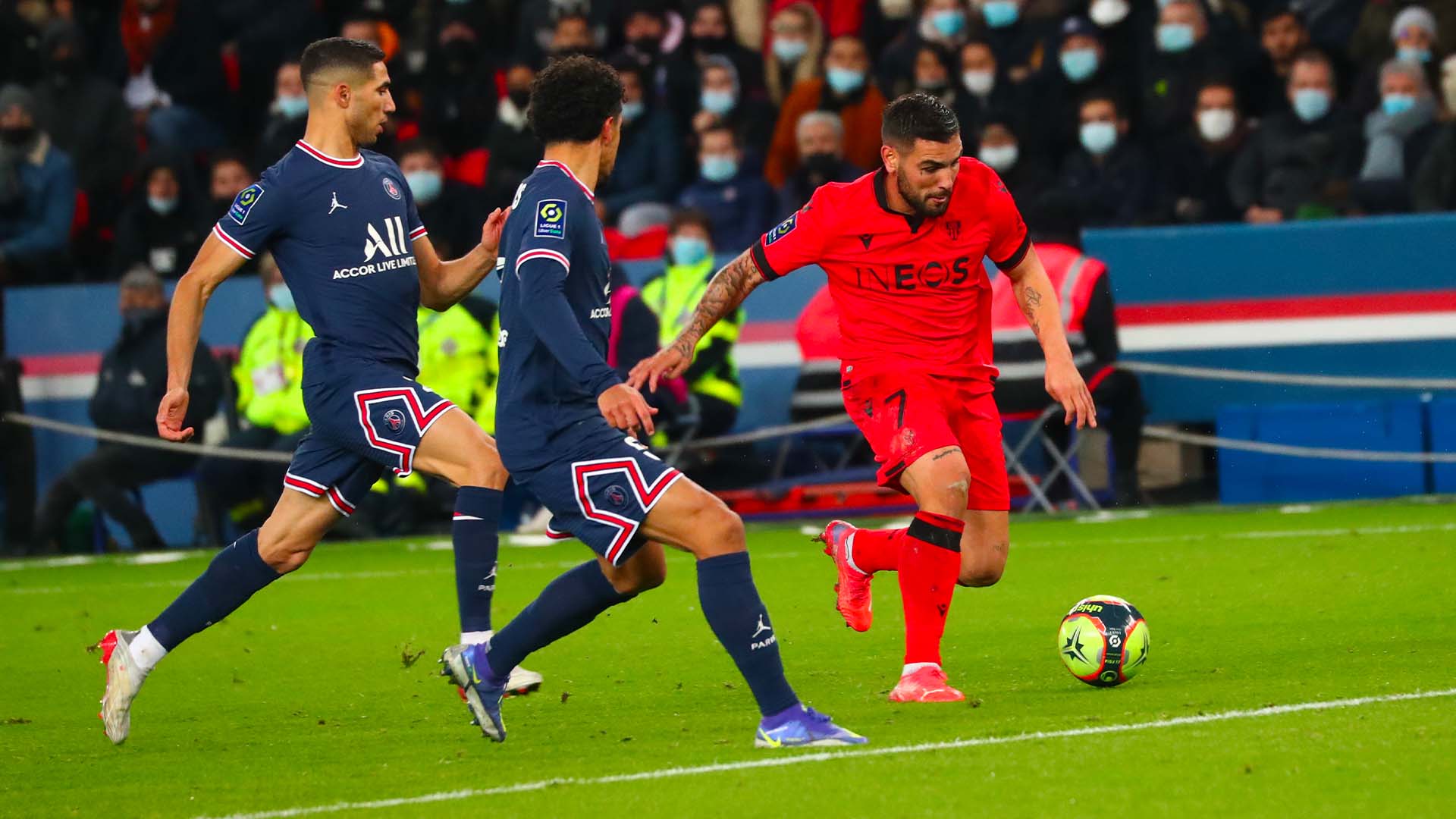 Following tonight’s trip to the capital, OGC Nice are in action again on Sunday, as Les Aiglons play host to RC Strasbourg at 17:00 CET on Matchday 17 of Ligue 1 – a game that you can follow on OGC Nice’s media channels. 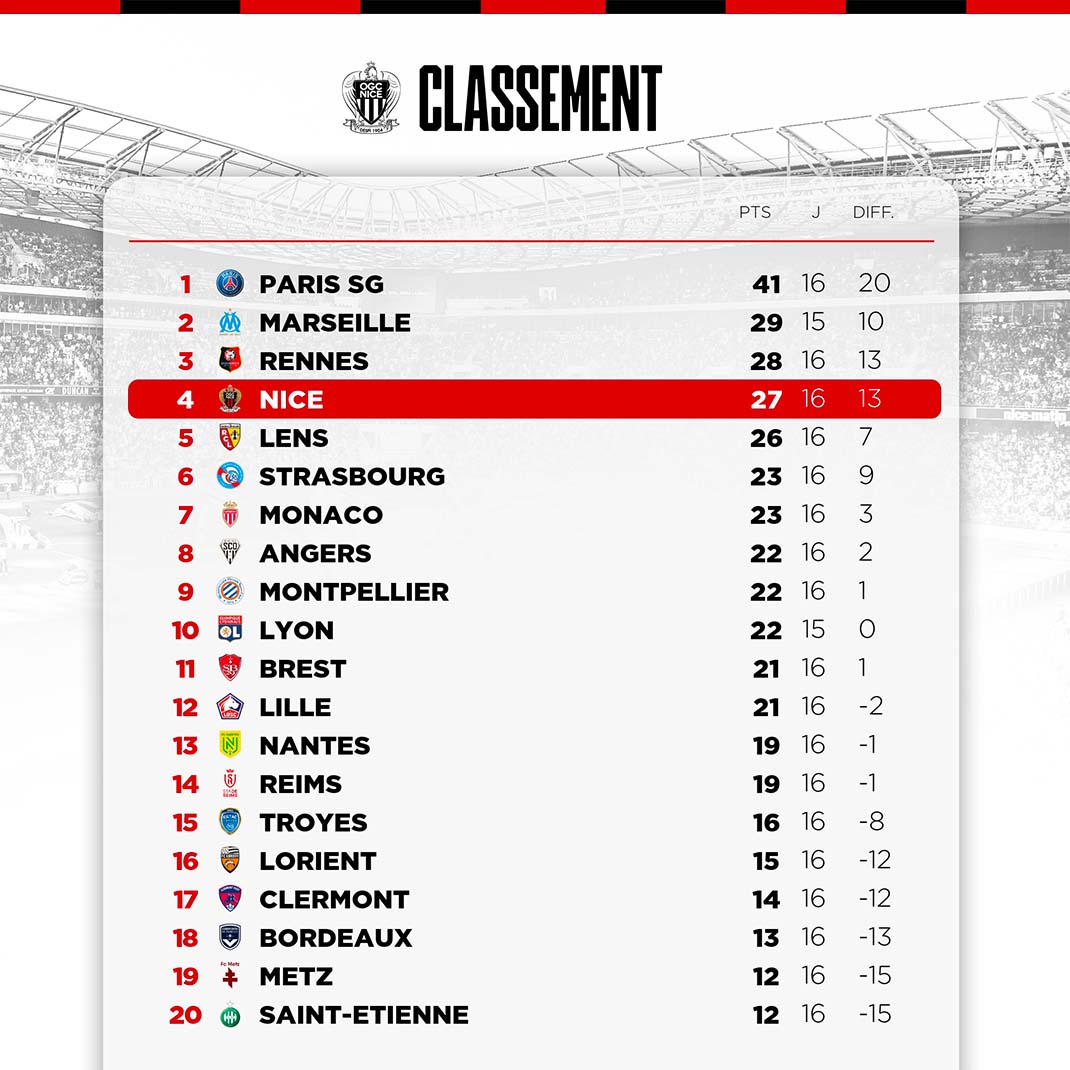