Although the post denied the Gym an even better result at the Parc des Princes on Wednesday (0-0), the clean sheet that the Aiglons obtained in the capital was on everyone's mind after the match. And for good reason, after eight consecutive games with at least one goal conceded, OGC Nice have become the first team to keep a clean sheet against Ligue 1's best attack in 2021/2022. A performance that is reflected by the numbers.

"The fact that we didn't concede a goal against Paris is a great achievement," said coach Galtier on Wednesday evening after the Aiglons' 0-0 draw at the Parc des Princes. It was a rare feat in recent Ligue 1 history for OGC Nice to hold PSG to a clean sheet in the capital. At home, the capital club, the best attack this season (35 goals), had not been held in check on this score since February 19, 2017 (against Toulouse), that is to say nearly five years!

While the Parisians had previously won all seven of their home games in the league, this is also the first time the current leaders have drawn since 28 November 2020 (2-2 against Bordeaux), i.e. 20 consecutive home games without a draw! It is also the first time they have had an L1 game at the Parc without scoring since April 3 (0-1 against Christophe Galtier's Lille).

The result also broke a long run of poor form for Nice. It was the first time in 17 consecutive games that OGC Nice had conceded at least one goal against Paris in the top flight. The last clean sheet against PSG in Ligue 1 was on 12 February 2012 (0-0). 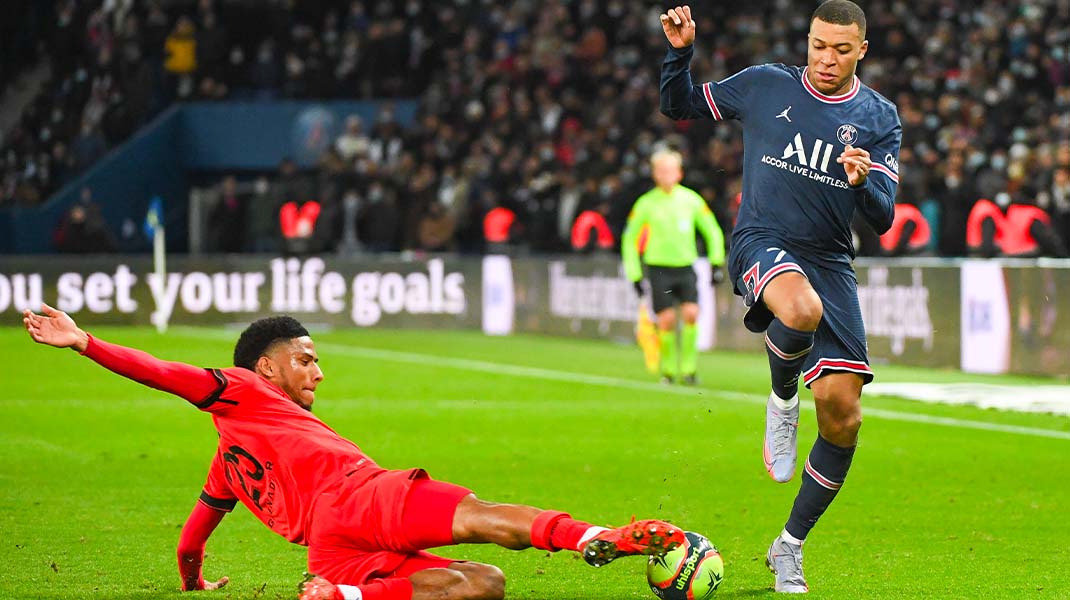 Organised in a 4-4-2 formation, the Nice block delivered a solid performance, closing down the spaces for the Parisian attackers and limiting the gaps between the lines as much as possible. Jean-Clair Todibo and Dante were paired up in defence, and their figures underline Nice's performance. The two men won the ball seven and six times respectively and were rarely troubled by the Messi - Mbappé - Di Maria trio. Melvin Bard made 6 interceptions and won the ball 6 times, Jordan Lotomba made 4 tackles (match record) while Morgan Schneiderlin had a valuable role in the middle. In charge of tightening the Rouge et Noir lines, the midfielder, who was making his first start of the season, made 5 interceptions, the highest total of the match for a midfielder. 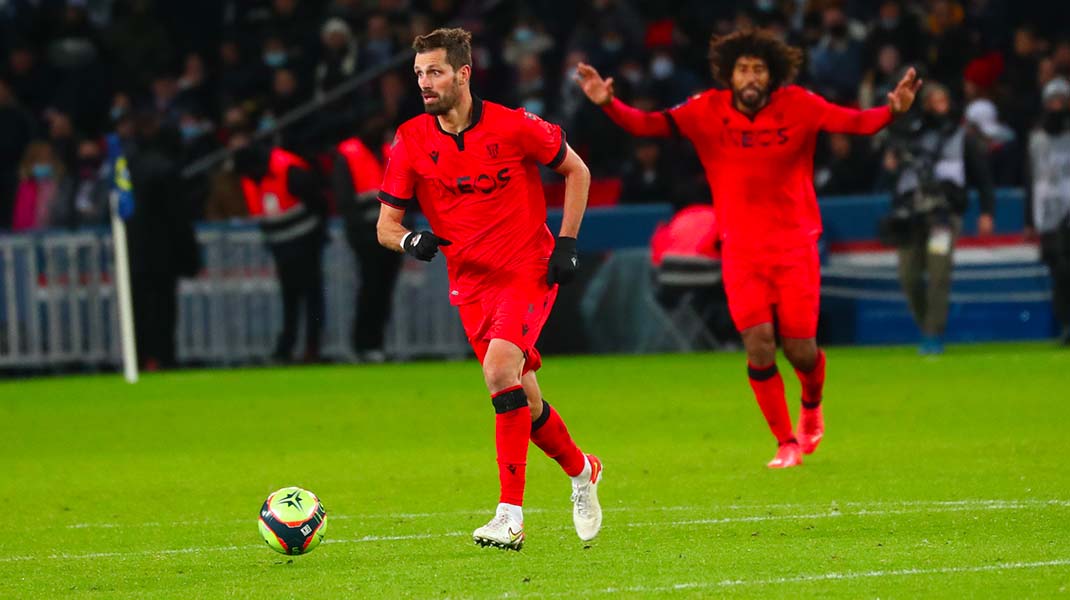 The visitors were very clean in their interventions (no Aiglon committed more than two fouls), and also showed a certain control of the opposing team's strong moments against the 22 shots of the hosts. In the first half, Todibo and Dante each blocked three shots, while the Brazilian made 10 defensive clearances, his joint-highest total in his Ligue 1 career. And because a clean sheet is everyone's doing, Hicham Boudaoui and Justin Kluivert, the two Nice wingers, each won the ball six times in the Aiglons' performance.

Finally, on the rare occasions when the Nice block was caught off guard, Walter Benitez kept a close eye on things. The Argentinian goalkeeper made five excellent saves. A double save from Mbappé and then Gueye, then from Messi, one-on-one with Di Maria and to save a shot from Mendes, the Gym’s keeper was undeniable. And his impact on the Nice clean sheet was massive. 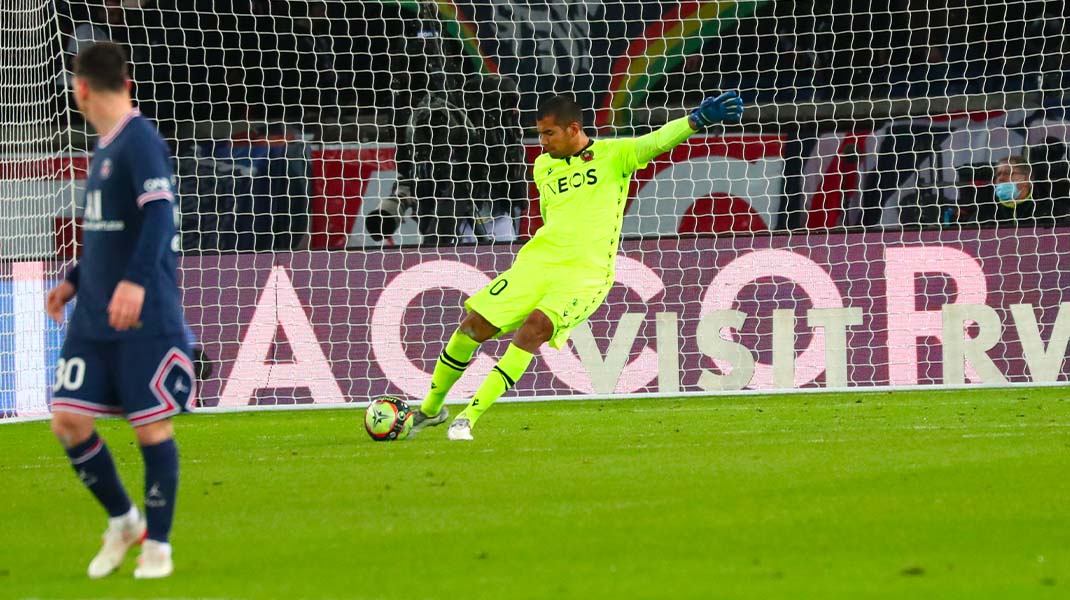