Unsurprisingly, Hicham Boudaoui is your Credit Agricole Aiglon from the Nice victory in Rennes (2-1). The Gym midfielder was the only candidate as he amassed 75% of the vote. Goalscorer Amine Gouiri finish second (15% of the votes) and Flavius Daniliuc third (8%).

“Hicham was incredible” Adrian Ursea summed up the number 28’s performance at the Roazhon Park. He seemed to be absolutely everywhere on the pitch and it was shown in the stats. 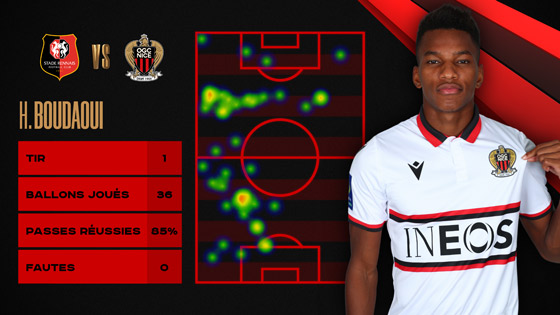 This Friday Hicham was in a battle with France international Eduardo Camavinga in midfield and won that battle with finesse and determination as well as pushing his teammates forward. At home in the defensive midfield position since January it was as box to box that he was so impressive. He was in all the good forward moves his body feint caused the Nice penalty that Gouiri tucked home. 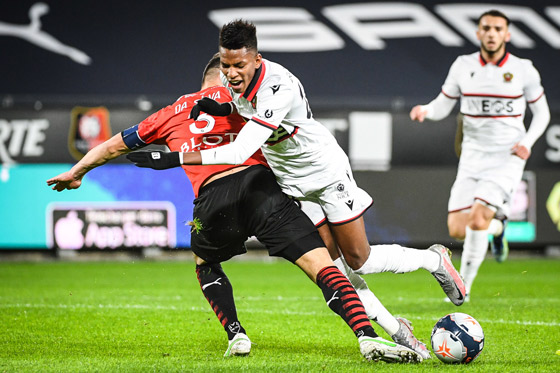 He then started a number of attacking moves in which the most dangerous one led to Myziane hitting the post. In an hour on the pitch he had 36 touches won the ball five times without committing a single foul but being fouled four times. He also had an 85% pass accuracy.

Trailing Boudaoui was Gouiri who scored his 10th goal of the season in Ligue 1 and his 14th in all competitions. Amine didn’t stop moving and causing the defence problems. Despite the fact he didn’t manage to score a brace, he did have the chances, he also played a beautiful free kick in for Daniliuc to put home for the winner. His sixth assist of the season (fifth in Ligue 1). 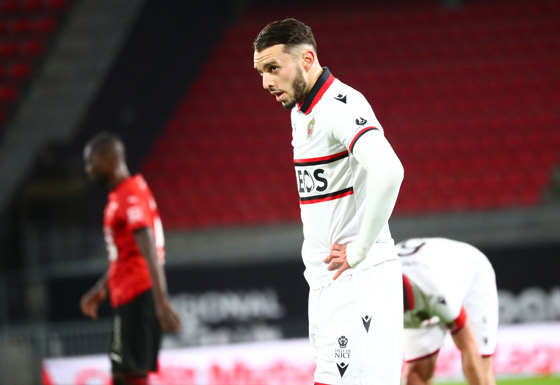 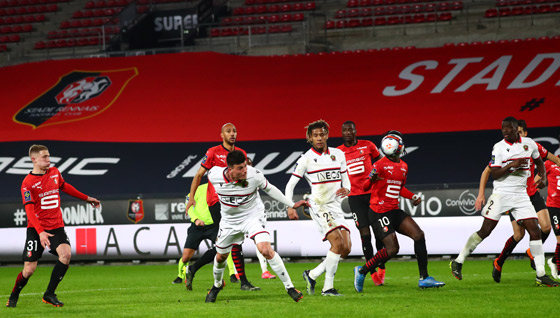 Flavius Daniliuc finish the top three off. Playing in an unusual right back position the 19 year old Austrian did his job brilliantly. He also did the job at the other end on the hour mark by heading home to set the Aiglons up for victory.

Ahead of Nice - Rennes