Thanks to an incredible performance, Le Gym came out on top at Rennes on Friday in the opening game of Matchday 27 of L1 (2-1).

In order to bring their poor run of form to a close, Le Gym opted to play good football, bring energy, audacity and freshness. This approach paid off thanks to a constant desire to push forward and a touch of good fortune in the final minutes of the game.

Set-up in a 4-3-3, with Daniliuc and Nsoki at full-back, Saliba and Todibo through the middle, Schneiderlin returning to the starting 11 in front of the back four, Boudaoui and Claude-Maurice at number 8 and an attacking trio of Myziane – Gouiri – Kamara, Les Aiglons caused problems for the Rennes defence from start to finish.

It didn't take long for the visitors to get the opener. Boudaoui, who put in an immense performance, took on Da Silva shortly after the 15 minute mark and was brought down by the hosts' captain in the box. Gouiri, took the responsibility of taking the penalty and found the back of the net to mark his 14th goal of the season in all competitions (0-1, 19’).

Taking advantage of the opener, Les Niçois continued to push hard in the ten minutes that followed. Chances stacked up and the best of the bunch saw Myziane hit the post after a fantastic ball from Boudaoui.

Les Rennais got back on level terms just before the break, when Saliba mislaid a pass which Terrier intercepted, pushed towards goal and then curled into the back of Benitez's net (1-1, 39’).

But Les Azuréens refused to be beaten. They started the second half on the front foot and were quickly rewarded for their intentions, when Daniliuc perfectly flicked a header past the keeper from a Gouiri free-kick (1-2, 58’).

After the second goal, Le Gym dropped deeper and allowed the home side to dominate possession of the ball. However, it was the visitors, with their desire and discipline, who continued to look the more dangerous and created several chances. Gouiri struck at goal on numerous occasions, Lees-Melou tried his luck after coming on for the final 30 minutes. On every occasion, the target escaped them or Gomis came out on top. But every time, Nice continued to attack in numbers as they looked to go out and put the match to bed.

In the end, the men from the Côte took full advantage of a touch of luck and turned a good performance into a victory. This luck was seen at the end of the match when Guirassy blocked his teammate's powerful effort with his shoulder as it looked destined for the back of the net.

Thanks to this victory, Les Rouge et Noir earn themselves a breath of fresh air and climb to 12th place in the table with 32 points, before the other encounters from Matchday 27. 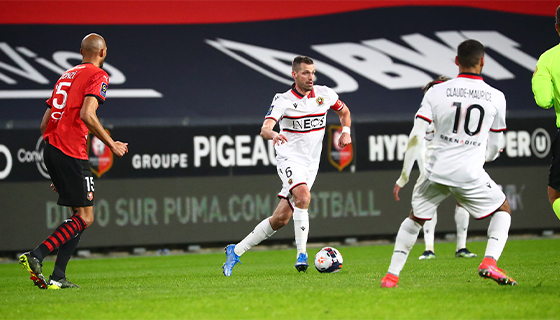 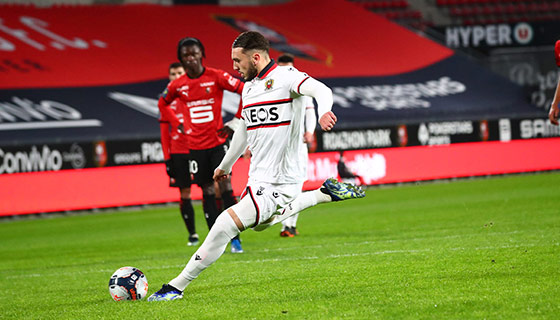 After being won by Boudaoui, the penalty is converted by Gouiri. His 10th goal in Ligue 1! 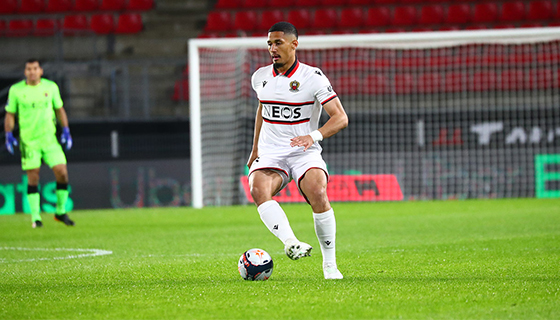 10th appearance in Ligue 1 for Nice for Willam Saliba 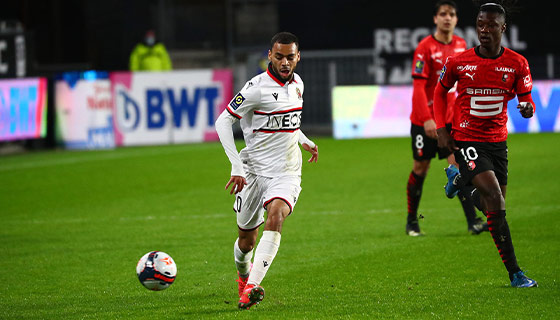 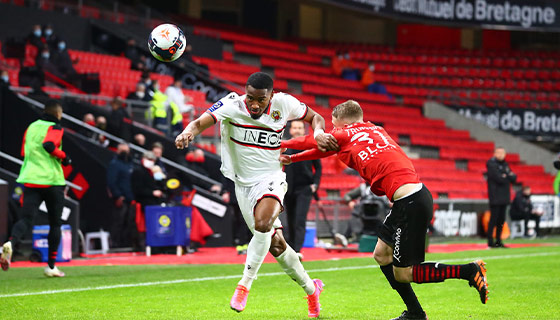 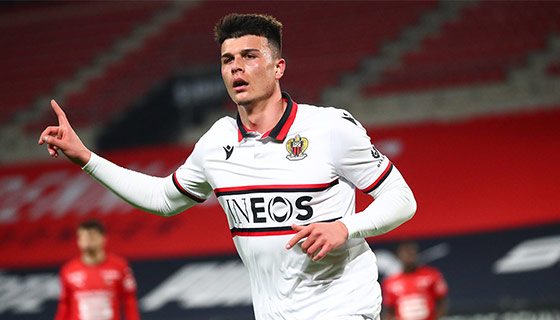 First professional goal for Daniliuc, who made it 2-1

Ahead of Nice - Rennes