Calvin Stengs is your Aiglon Crédit Agricole PCA of the match between Nice and Metz (0-1). The Dutchman was voted Aiglon of the match for the first time ahead of compatriot Justin Kluivert and Jean-Clair Todibo.

He spent 74 minutes on the field at the Allianz Riviera without ever giving up on attacking the Metz defence. With piercing through balls and accurate crosses, Calvin Stengs repeatedly attempted to spark the Nice revolt, especially in the midst of a back-and-forth second half. It was just before the halftime break that his left foot came closest to turning the game on its head. Finding himself on the right, the former AZ player took the time to bring the ball back onto his strong foot before firing it towards Andy Delort, who was beaten to it by Alexandre Oukidja. At the heart of several Rouge et Noir attacks on the right side of the field, the Dutchman was one of the most enterprising players on the field, providing 6 crosses over the course of the match. 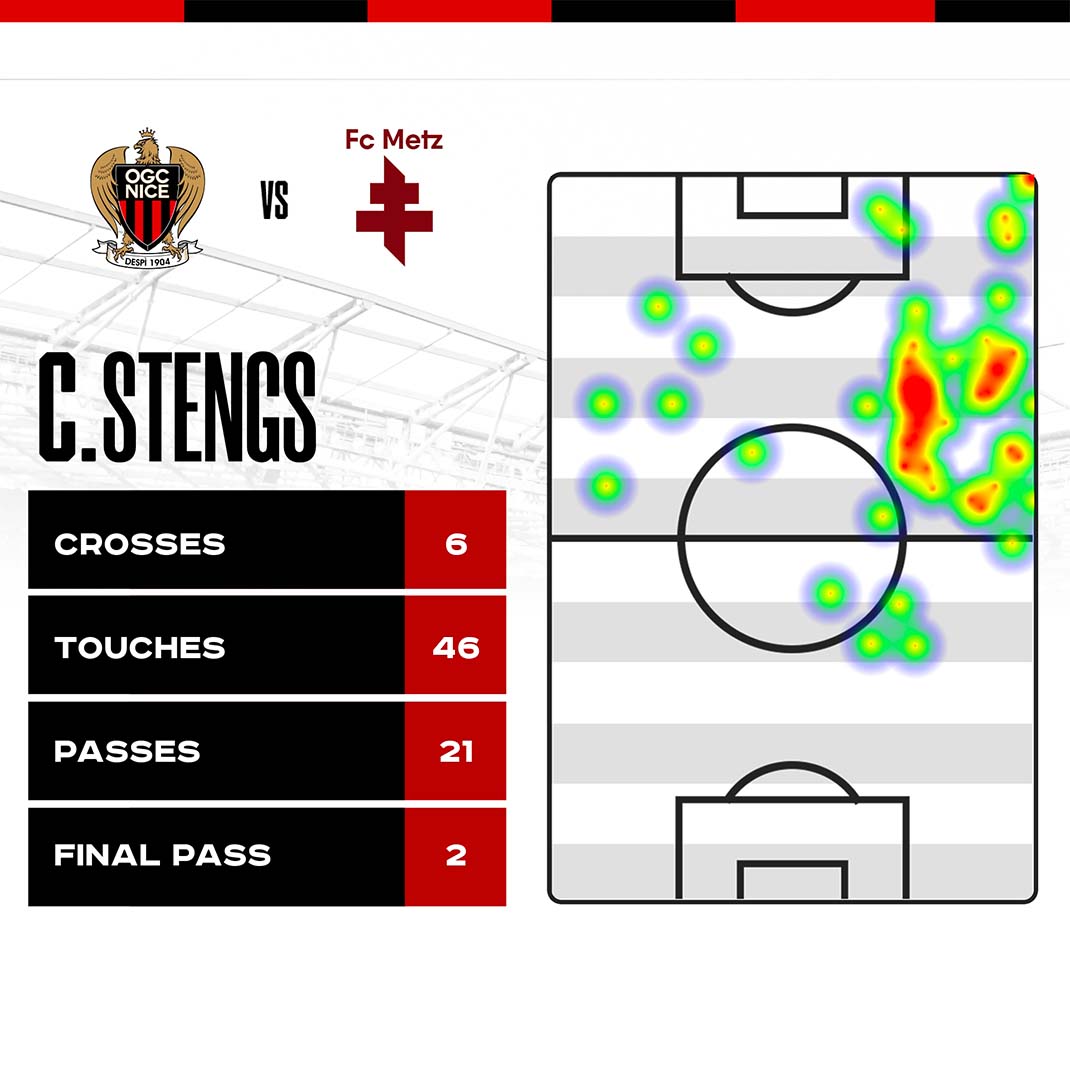 During the match, only Justin Kluivert, voted second, found himself providing more crosses, with 10. Stengs’ international teammate also brought his acceleration and energy to the Metz defence. JC Todibo also showed his solidity in defence. In terms of duels, reading the play and management in the backfield, the centre-half, who touched the ball 107 times and won 14 (game record), the Frenchman once again proved his quality.