"I liked the attitude of the new players, they were important, otherwise we would have struggled in this match." After the win in Clermont, Christophe Galtier was full of praise for the players who were not in his starting 11 but who changed the game after they entered the pitch. He was careful not to use the term "replacements" to maintain the idea of the importance of the whole group. Tracing the actions the of the coach, OGCNICE.com looked at the impact of the substitutes on Le Gym’s results since the beginning of the season. An inspiring impact. The impact of the bench.

It is difficult to measure what you cannot touch. What a player can bring in terms of confidence, his influence on the rest of the players, the defensive security he offers or the attacking drive he instils. However, in order to assess the impact of the men on the bench, we looked at a precise indicator, as prosaic as it is revealing: their involvement in Le Gym's goals at the end of the game, either with the last pass, or at the start of an attack ending with a goal. The result of this indicator? The players coming off the bench have played a key role in 11 of the 25 goals scored by Nice in the 2021-22 season. Proof that "the group is alive and well", as the saying goes. If we reduce the general involvement to a direct role, to the last or penultimate gesture, the result is also telling: Nice's substitutes were decisive 9 times in Ligue 1 2021/22 (4 goals, 5 assists), which no team beats (equal to Bordeaux). This is already better than in the whole Ligue 1 2020/21 season, during which Le Gym's substitutes were decisive 7 times (5 goals, 2 assists).

The first man to come on and make a difference in Nice's campaign was Khephren Thuram, on the third matchday against Bordeaux. The defensive midfielder came on in the 84th minute and took advantage of a deflection off Ndoye to fire home past Costil just a minute after setting foot on the pitch, capping off the team's victory. 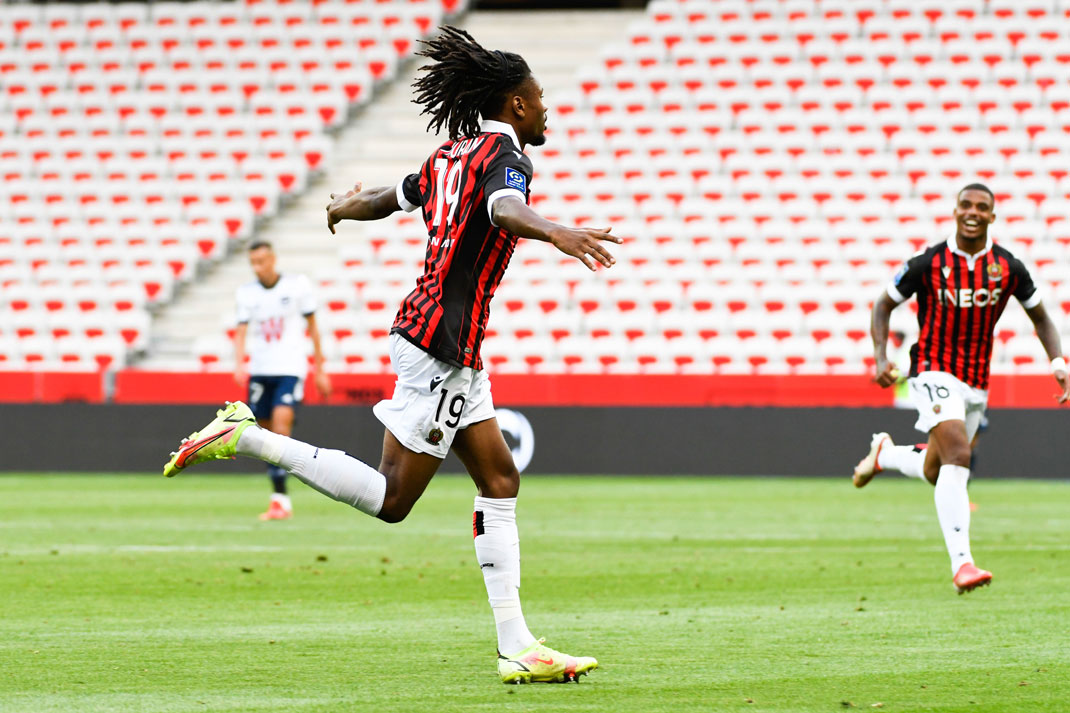 Two weeks later, it was Andy Delort's turn to enter the fray with fire in his legs, but in a different context. At the Beaujoire, Le Gym were on the ropes but in the lead thanks to a goal from Dolberg. The Algerian international came on in the 77th minute. Three minutes later, he put the ball on a plate for Amine Gouiri to make it 2-0. A pass, followed by a beautiful finish, which definitively sealed the win. 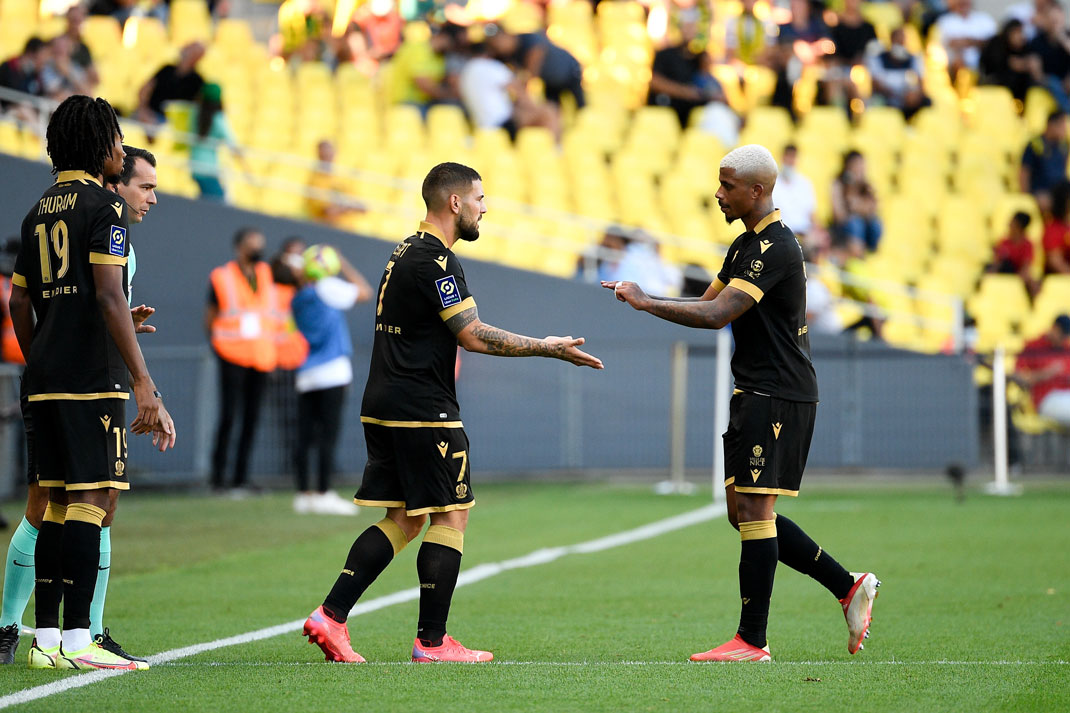 A week later, Andy Delort is still at it. The man from Sète did not start the game, but came on at the quarter-hour mark in place of Kasper Dolberg, who was injured. It took him half a minute to get into the game, then he quickly proved to be decisive. In the 51st minute, he took advantage of a perfect cross from Gouiri to equalise with an unstoppable header. In the 73rd minute, he started the move that led to Hicham Boudaoui's goal. Finally, he won the penalty in the 80th minute, which does not count in the stats, as it was missed by Nice's number 11. 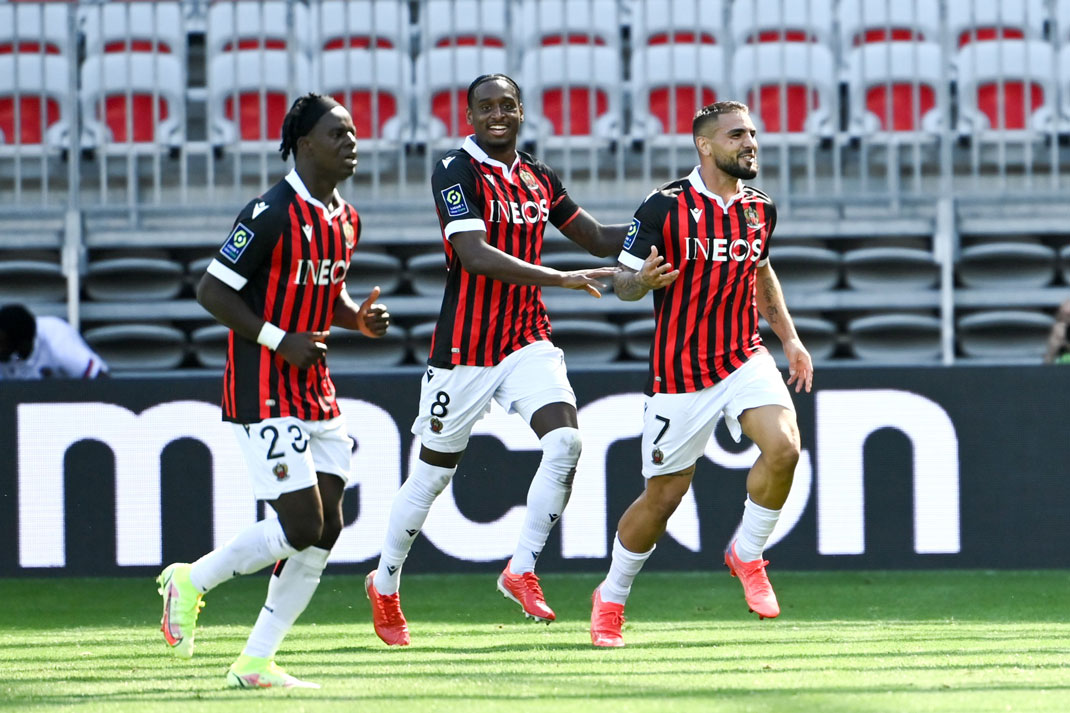 New face, same habit. At the end of September, in Saint-Etienne, the region where he is originally from, it was Lucas Da Cunha's turn to be decisive. The playmaker took advantage of a ball from Lotomba - who had also come on - to serve Delort, who scored the final goal of the afternoon. It was the first assist for the 20-year-old attacking midfielder in the red and black shirt. 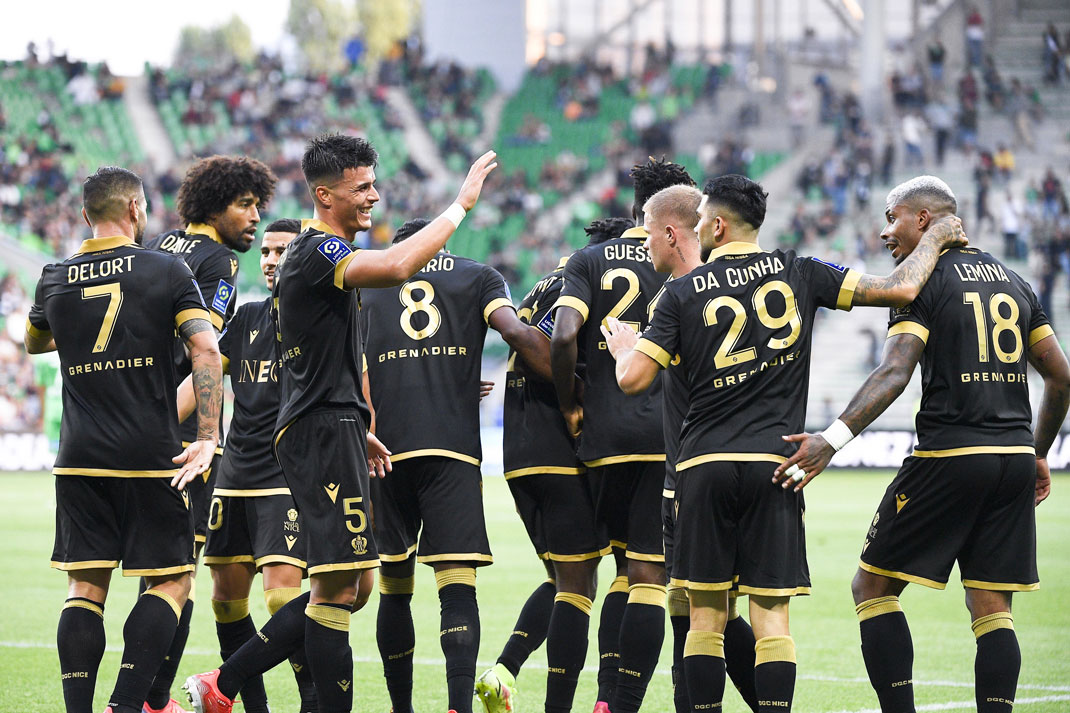 It took a month for Le Gym's bench to really go for a ‘solo’ victory. Or almost. At the end of October, Youcef Atal, Alexis Claude-Maurice and Evann Guessand came on at the 67th, 77th and 83rd minutes. Les Aiglons were trailing 0-2 at home to Les Gones. Atal was the first to make his mark, sparking the comeback with a solo run that ended with a rocket shot under Lopes' bar (1-2, 80'). 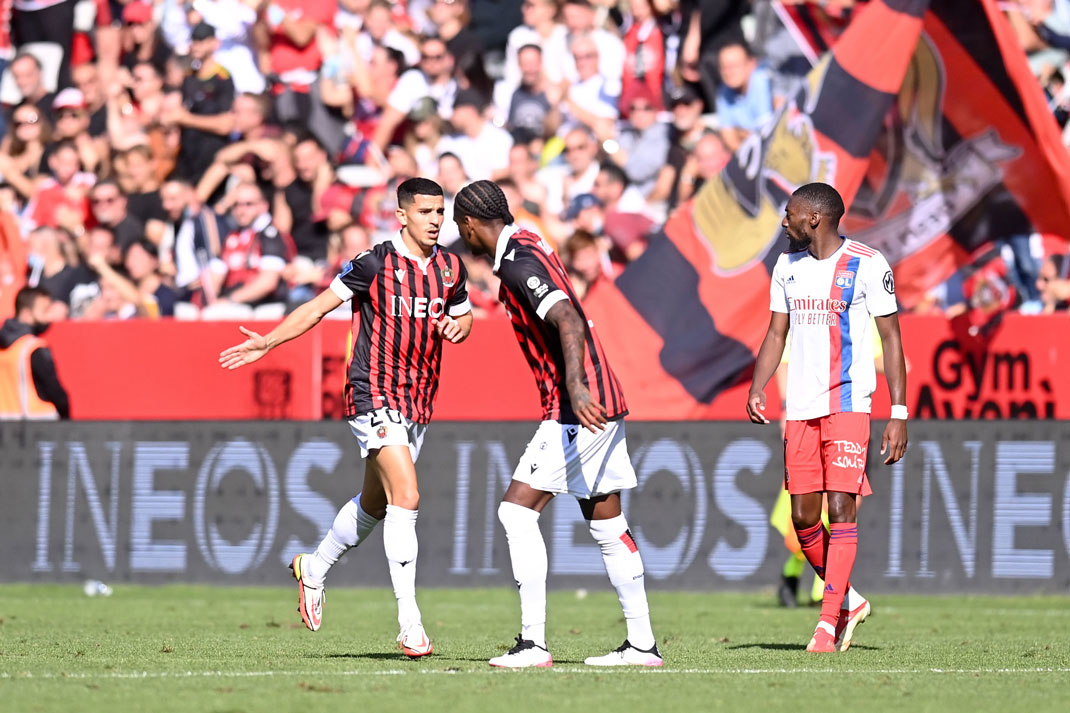 Seven minutes later, the Algerian international forced a penalty with a delightful nutmeg, which Delort converted to equalise. The highlight of the game came in the 93rd minute, when Atal fed Claude-Maurice, who found Guessand in the box, before the Gym-trained striker calmly and skilfully gave his side the win.

Days after the win against Lyon and in the aftermath of a replayed derby against Marseille in Troyes (1-1), les Azuréens returned to Angers. At the Raymond-Kopa stadium, they found themselves chasing the game, after a penalty converted by Boufal shortly before the half-hour mark. 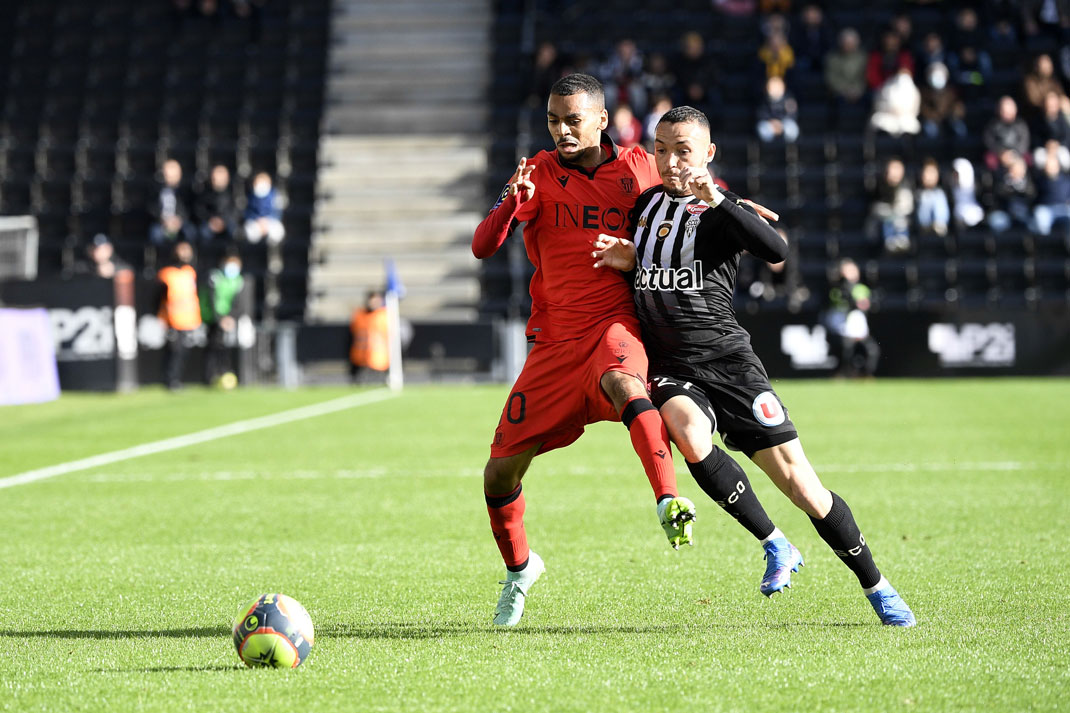 Christophe Galtier's men were shaken up, but came back on level terms thanks to a fine combination between Delort and Gouiri - both starters - which the former finished off nicely. They waited until stoppage time to win the game, thanks to a wonderful goal from Delort in the 91st minute, full of talent and instinct. Where did the goal come from? A corner struck by Alexis Claude-Maurice, who came on in the 65th minute.

The scenario is the same as the one in Angers. The only difference is that in Auvergne, Le Gym is really struggling in the game, before Christophe Galtier reacted decisively: “Everything that was missing in the first half, Mario and Morgan brought," explained the coach after the match. “They had a great presence in the way they won the ball and accompanied our attacking block. I also liked the introduction of the two wide players, Justin and Calvin, who hadn't played for a long time. They stretched the play, which endangered the Clermont defence.”

These entries led to a new reversal of fortune. Nice had been trailing since the 17th minute, but came back on level terms in the 76th minute, when Gouiri scored after a decisive pass from Schneiderlin, following a one-two between Kluivert and Stengs. Kluivert then took the decisive corner in the 82nd minute, which Amine Gouiri made the most of exquisitely...