Kasper Dolberg (60% of the votes), Amine Gouiri (25%), Hicham Boudaoui (4%): the three scorers in Nice's 0-4 win in Lille make up the podium of the Crédit Agricole Aiglon of the match.

It took him less than a minute to find his feet. Kasper Dolberg was making his first start of the season against Lille after a brilliant Euro campaign and took just 55 seconds to find the back of the net in Ligue 1. The Dane opened his account for the season and set the Gym on their way to their first win in 2021-2022 as he latched onto Jean-Clair Todibo's shot that Jardim pushed onto the post. 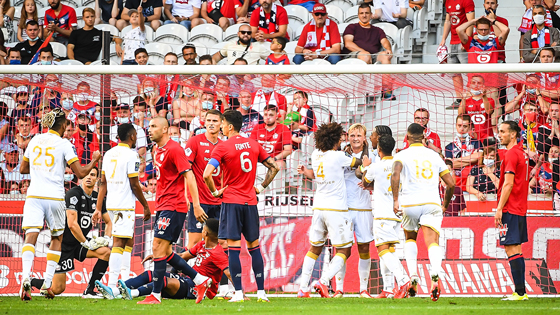 The fans were impressed by the number 9's brace with a header on the hour mark and the penalty he won just before half-time and gave him 60% of the vote ahead of Amine Gouiri.

The French U-21 international scored a penalty and thought he had scored a second in the closing stages of the match, but it was eventually disallowed for an offside position by Myziane at the start of the move. Last season’s top scorer was very active and was found between the lines, causing Lille a lot of problems. This gave him a 9/10 rating in the L’Equipe newspaper... 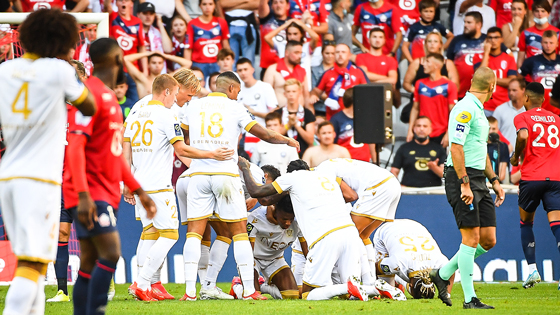 Finally, Hicham Boudaoui received 4% of the votes. He scored a wonderful goal in the fifth minute and played well on the right of Nice's midfield. The Algerian international was determined and worked hard defensively making his return to the starting line-up a real success.