In the wake of their excellent performance against Montpellier (6-1), OGC Nice took a point at Reims on Sunday (0-0) on Matchday 19 of Ligue 1. After a balanced match, where each team had its strong moments, neither team managed to find the breakthrough. The Gym ends the first half of the season in 10th place in L1 with 25 points.

The Gym could have come away with a win with a bit more efficiency. Against the in-form Rémois, who had gone 10 games without defeat before kick-off and now 11, Didier Digard's team had the chances to win the game. At the end of the first half, after Dante won the ball back in the box, Ramsey shot but did not find enough power. In the second half, Laborde failed to get on the end of a Pepe cross and missed the target (48'). Then Diop failed to connect with another Pepe cross (53') and the Ivorian international, set up by Boudaoui, missed his one-on-one with Diouf at the end of the match (86'). 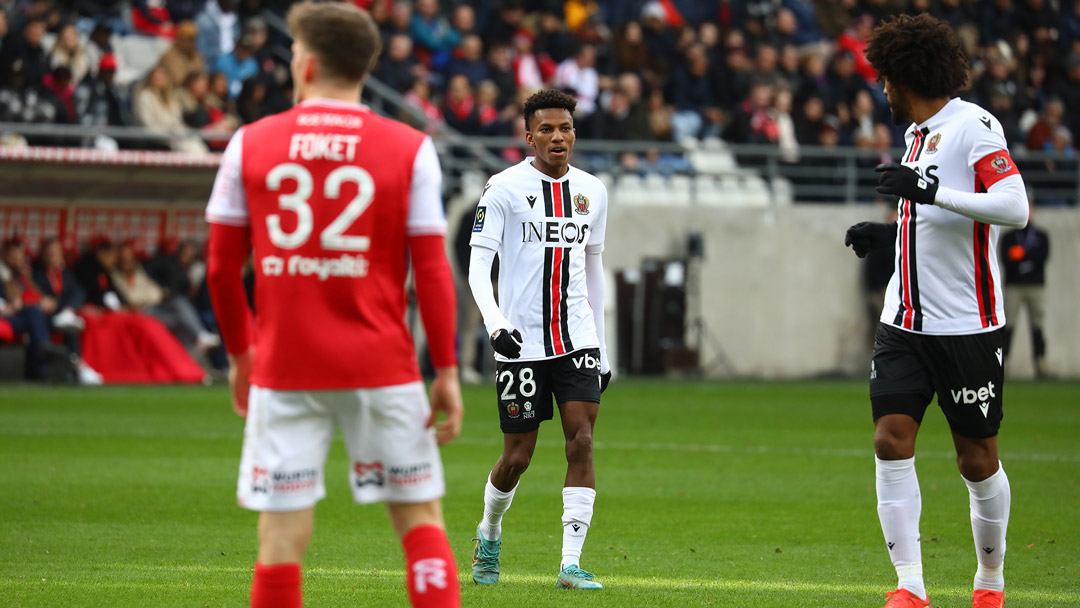 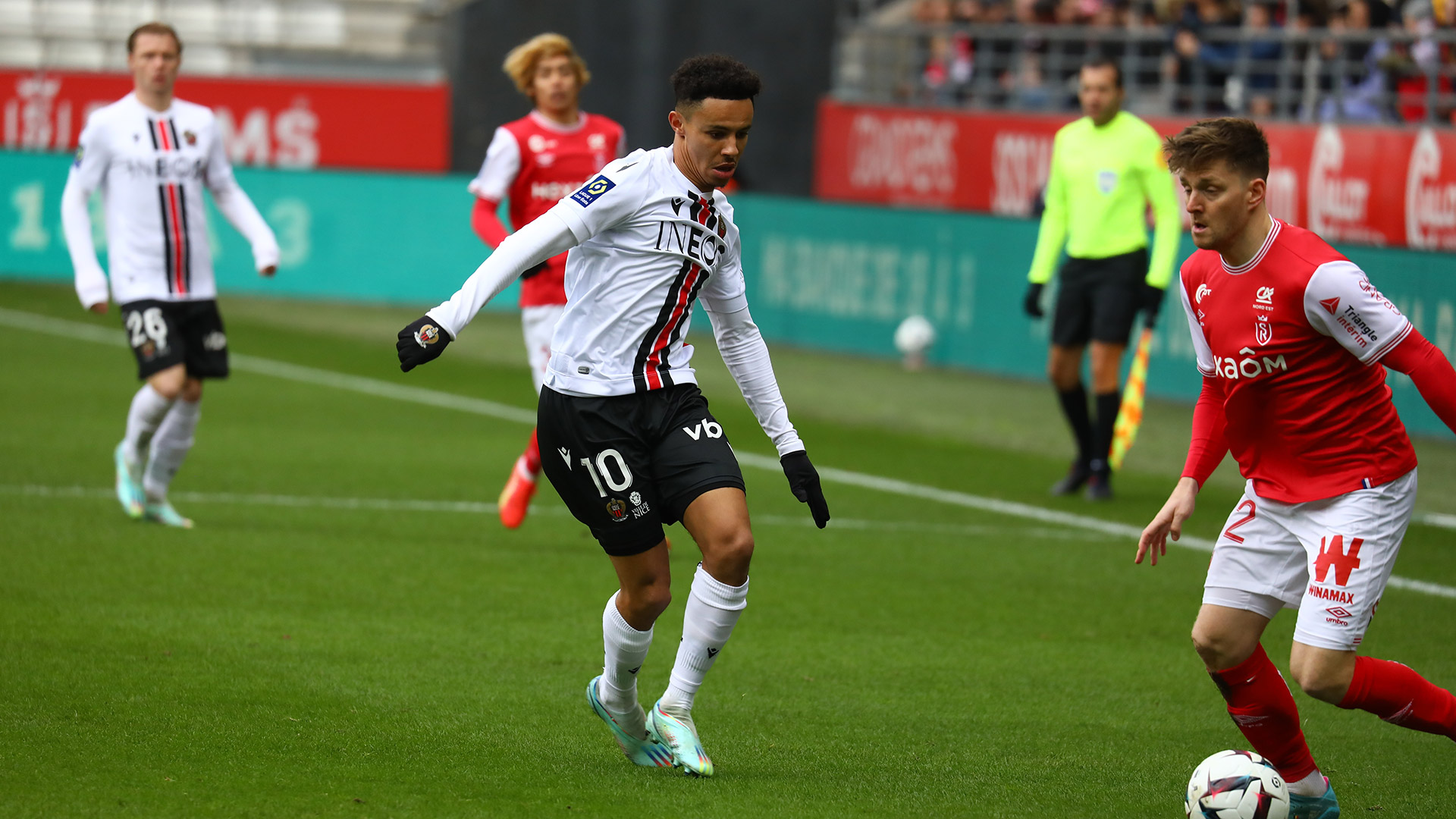 Didier Digard lined up the same 11 as against Montpellier earlier in the week, in a 4-3-3 formation with Boudaoui as the holding midfielder. Reims, with its all-round pressure, physicality and confidence, disrupted many of the Red and Black's attacks, often positioning themselves high up the pitch. But apart from two shots from Balogun, one 18 seconds into the game and the other in the 83rd minute, both of which were expertly saved by Schmeichel, Will Still's side had no clear-cut chances. They did, however, have a couple of good moments where they pushed and dominated the Aiglons territorially.

The Aiglons were unable to take advantage of their opportunities and good spells of play - despite the entries of Brahimi, Barkley and Bouanani on the hour mark, in place of Diop, Laborde and Ramsey - but they showed spirit and unity throughout.

The Gym are in 10th place at the end of the first leg of the season with 25 points, and will be back in Ligue 1 action on 29 January at home to Lille, who beat Troyes 5-1 this afternoon.

Todibo: "We have what it takes to make up for the start"

Todibo: "We have what it takes to make up for the start"

Digard: "This match gives me clarity"

Digard: "This match gives me clarity"