OGC Nice were down 0-2 at half-time, but scored four goals in a crazy second half. It was a precious victory for Gym, provisionally fourth and still in the race for Europe and the podium.

What strength of character! A few days after their defeat in the French Cup final and after being two goals down, the OGC Nice players beat Saint-Étienne at the Allianz Riviera (4-2). The victory was a stunning display of mental strength, allowing the team to climb back to fourth place, two points off the podium, and to stay in the race for Europe with an exciting end to the season to come.

A DIFFICULT FIRST HALF

During the first ten minutes, the match was fast-paced with both teams showing attacking ambitions. ASSE quickly showed their intention to hurt Nice on the counter-attack. After a quick throw-in from the Stéphanois, Benítez caught the ball at the second attempt from Boudebouz's left footed shot. But the Rouge et Noir were creating dangerous situations with a series of crosses. Brahimi set up Daniliuc on the right and the Austrian crossed dangerously into the box for Delort, who was in an offside position. Delort was prevented from playing by Mangala a few minutes later as he fired in a left-footed shot from close range after Brahimi's left-wing cross, but Bernardoni latched onto the ball.

In the early stages of the game, Gym played high, pressing as soon as they lost the ball. After the opening exchanges, they were rattled by the visitors. With Boudebouz and Bouanga putting them under pressure, Nice quickly gave in. On the right side of the box, Maçon crossed hard in front of Benitez's goal. Bouanga deflected the cross in with his chest to open the scoring (0-1, 13'). The goal, initially disallowed by Ruddy Buquet for an offside position, was awarded after VAR looked at it.

The Niçois, having been stung, then tried to equalise quickly. But neither Gouiri's shot from the edge of the box nor Delort's header from Bard's cross found the net. Mangala almost gave the Allianz Riviera another shock when his header went just over the bar. After forty minutes, the Nice fans thought they had an equaliser when Delort rose higher than anyone else to head in Kluivert's free-kick. But the referee ruled out the goal for an offside position, confirmed by VAR. As if nothing was going to go right for Christophe Galtier's men, Pascal Dupraz's team extended their lead in first-half stoppage time. Youssouf volleyed home Boudebouz's cross at the far post and doubled Saint-Etienne's lead just before the break (0-2, 45+5). It was a logical outcome to a first half dominated by the visitors.

The first half saw the home side go into the break on the back foot, with Benítez saving a shot from Bouanga on a counter-attack. But the Aiglons, who were very enterprising and attacking, went into steamroller mode in front of their home crowd. Bard weaved his way down the left side of the box, pressed forward and fired a left-footed shot from a tight angle. The ball hit the right post and found the net (1-2, 53').

Nice were buoyed by the goal and forced the Stéphanois into their own half, with Lemina and Brahimi shooting unsuccessfully. Delort then set the Allianz Riviera alight. The Sète man's free-kick put Nice back in front (2-2, 59'). Three minutes later, on the counter-attack, Kluviert served Delort perfectly who pushed the ball into the net with the inside of his foot to score his 15th goal this season in L1 (13 with Nice, 2 with Montpellier). Christophe Galtier's team then controlled the match, while showing their attacking hunger.

Delort's header was met by Boudaoui, who fired a right-footed shot into the top corner to give the Azureans the lead in a delirious stadium (4-2, 80'). Benítez made an authoritative save from Aouchiche and Crivelli's shot flew inches wide in the dying moments of the match. Gym were able to give themselves some breathing space and go into their clash with LOSC in the best possible way.

Nice have two games left to finish as high as possible in the league. The final push continues and next Saturday, OGC Nice will host Lille at the Allianz Riviera (21:00).

BUY YOUR TICKETS FOR NICE - LILLE

THE CREDIT AGRICOLE AIGLON OF THE MATCH 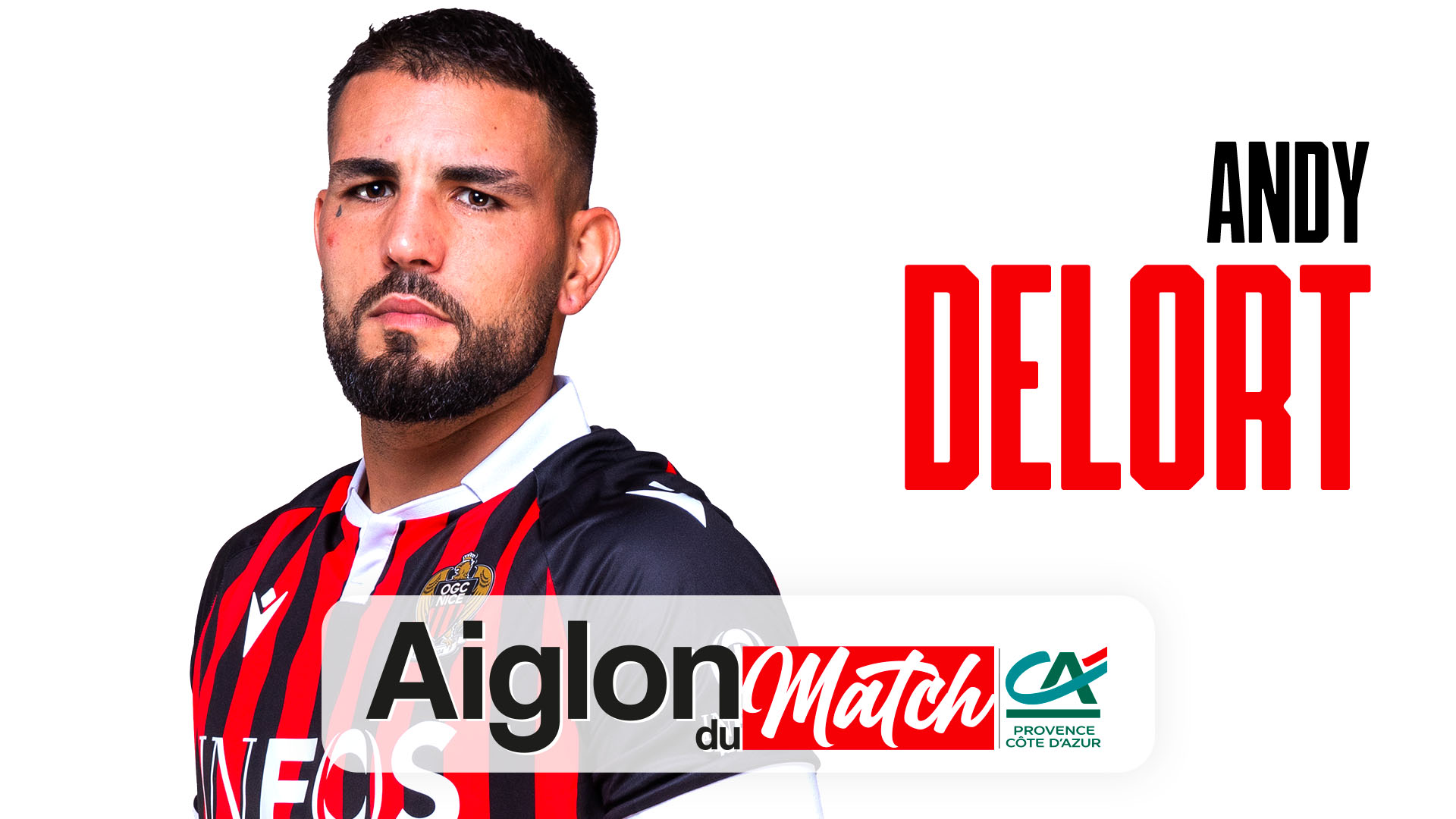 The attacking show against Saint-Etienne in pics
0/12