Having been more adventurous and willing to attack than PSG, OGC Nice beat the Ligue 1 leaders late on this evening at a full-to-bursting and raucous Allianz Riviera. Thanks to Andy Delort, who came off the bench with the bit between his teeth, Le Gym picked up a deserved win as a reward for their flair, their ambition and their week’s work. Before Marseille play this Sunday, Les Aiglons are back up to second in the league!

In a big-game atmosphere at a sold-out Allianz Riviera, Nice grabbed control of the opening minutes of play. Whilst the defence – orchestrated by Dante and Jean-Clair Todibo – protected the Nice penalty area with authority, Les Rouge et Noir’s attackers made it their task to place the first few daggers into the Parisians’ heart. With just one minute gone, Amine Gouiri was already putting his technique to good use, forcing Keylor Navas into his first save of the match. A few moments later, the Aiglon again came up against the Costa Rican, but after a quick burst forward from Khéphren Thuram and a ball through from Kasper Dolberg, the number 11 couldn’t quite get enough curl on his shot. 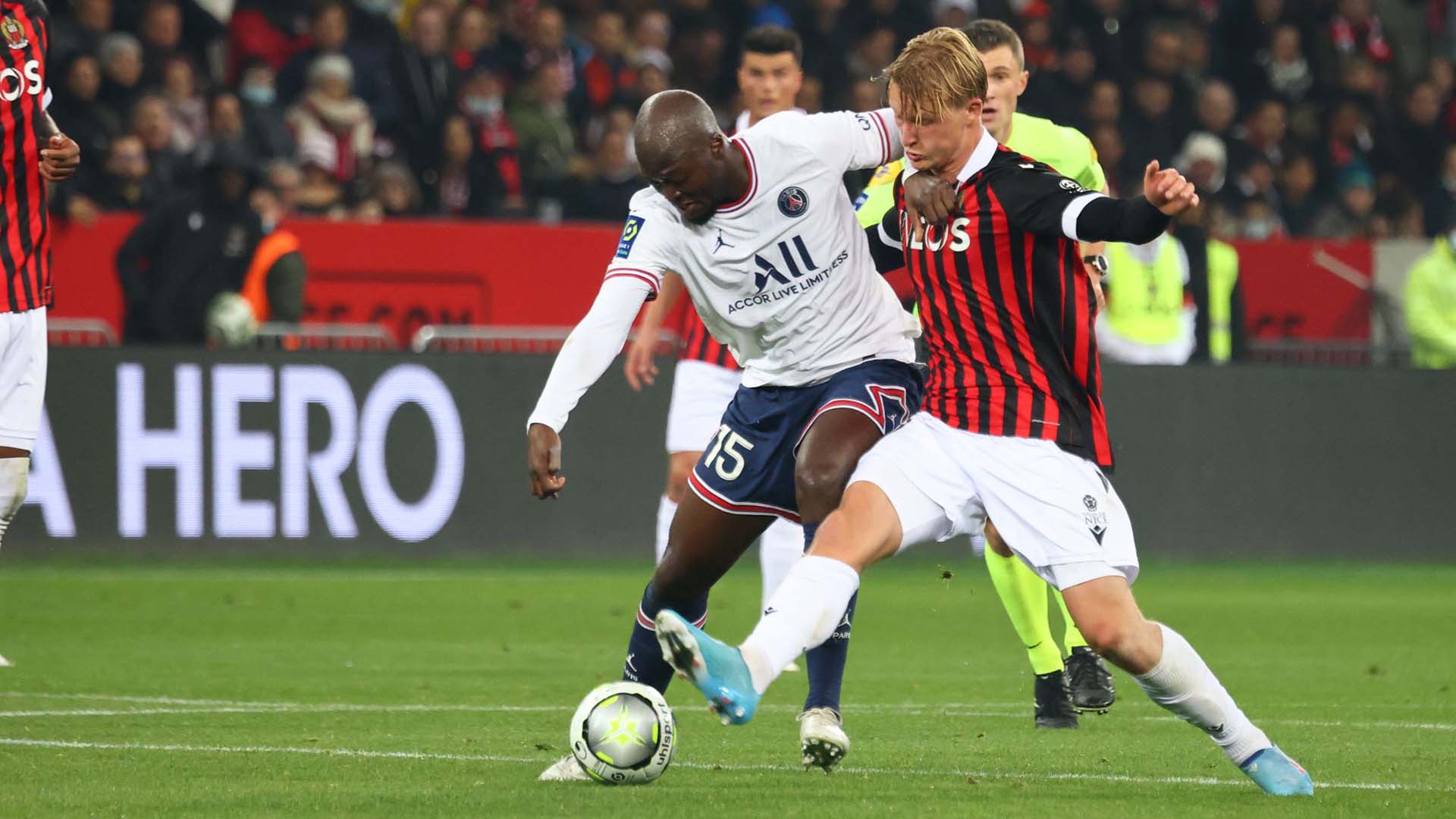 Deprived of space and put under pressure by Christophe Galtier’s men, Les Parisiens got going again through a quick attacking transition from a corner, but Angel Di María was left frustrated by a classy stop from Walter Benítez. This was to be Paris’s biggest opportunity of the first half, and it was followed by several dangerous chances for the hosts. With Melvin Bard and Flavius Daniliuc putting in cross after cross, one of them found the head of Pablo Rosario in the 24th minute, before the other forced Navas to punch the ball away in the 33rd minute.

STENGS AND DELORT BREAK THE DEADLOCK

he second half very much picked up where the first had left off, but the passes would become more imprecise. As a result, the chances were at more of a premium, with Le Gym leaving it to a Dante header from a corner to keep Navas on his toes in the 48th minute. Later in the game, Paris’s defensive unit would continue to be troubled by Thuram winning the ball high up the pitch and playing it forward, forcing them to hastily clear it away from their own box with Gouiri and Dolberg chasing it down in the middle. On the wings, Les Aiglons were still managing to find space. After some combination play with Bard, Gouiri unsuccessfully tried his luck from distance in the 68th minute. In the final quarter of an hour, Andy Delort and Calvin Stengs were brought on in attack, whilst Mauricio Pochettino sent on Mauro Icardi, who found Dante standing in his way with his first attempt in the 82nd minute. In the closing stages, things became more frenetic, and space opened up. Having been played into that space, Kluivert could only scuff a shot into the ground.

Once they had got their bearings, Nice’s substitutes then made the difference. From a quick move forward, Stengs delivered a peach of a ball to Andy Delort at the far post. In an area of the pitch that he adores, the number 7 sent a powerful volley onto the underside of the crossbar and in to break the deadlock in the 88th minute. After a crazy end to the game and with the Allianz Riviera delirious, Les Aiglons bagged themselves another win – their 15th of the season. 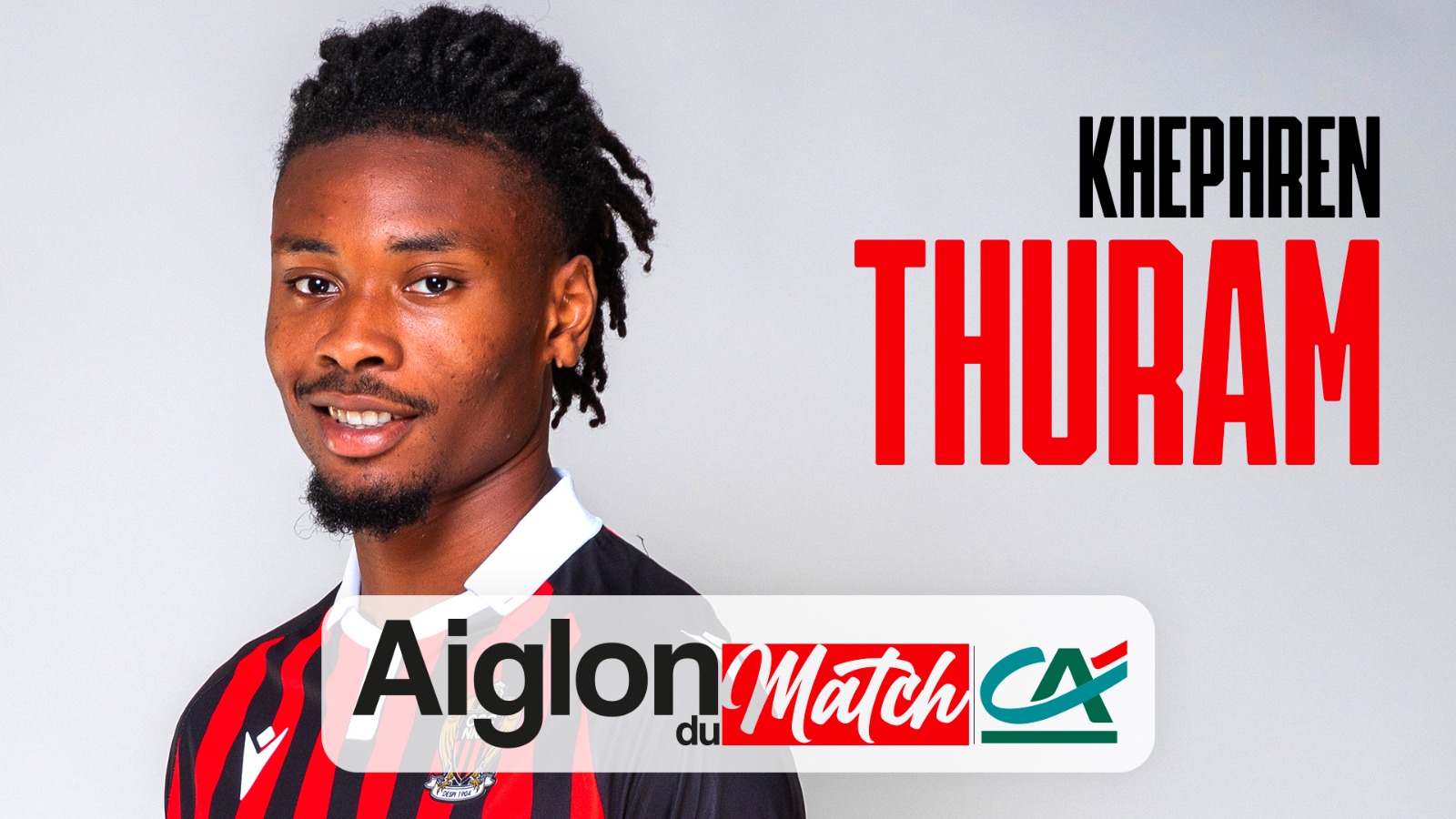 Two consecutive away games now await OGC Nice. Next Saturday at 17:00 CET, Les Aiglons will be in Montpellier for Matchday 28 of Ligue 1 before making another trip, this time to Marseille, on Sunday 20th March at 20:45 CET.

THE TABLE AS IT STANDS: 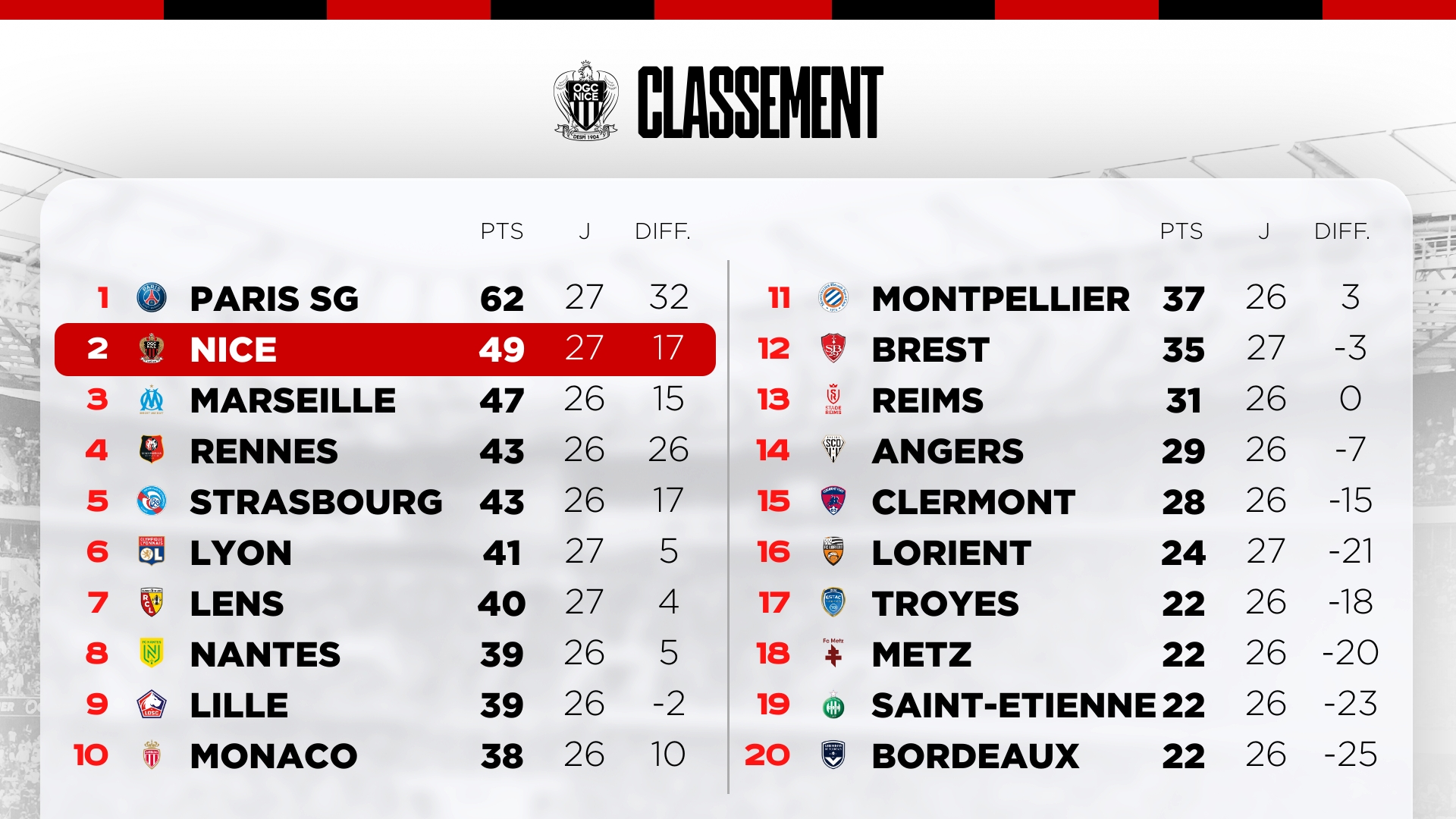 The Zap'Gym: victory in the semi-finals and against Messi's PSG

The Zap'Gym: victory in the semi-finals and against Messi's PSG

The inside story of the victory over Paris

The inside story of the victory over Paris

4 stats from the victory

4 stats from the victory

The highlights of Nice 1-0 Paris SG

The highlights of Nice 1-0 Paris SG

Gym back in 2nd place

Gym back in 2nd place

Galtier: “This is a great win for the squad”

Galtier: “This is a great win for the squad”

Jean-Pierre Rivère: “The fans rose to the occasion, as did their team”

Jean-Pierre Rivère: “The fans rose to the occasion, as did their team”

21 Aiglons in the squad for Nice - PSG

21 Aiglons in the squad for Nice - PSG