Coupe de France Round of 64

Shaken in the first half and saved by their post, Le Gym did what was needed in the second half in order to qualify in their Round of 64 match of the Coupe de France at Cholet (0-1). In the heart of a better managed second half, Andy Delort secured the victory for his side and ensured that OGC Nice would be in action in the Round of 32 on the first weekend of 2022.

The home side hit the game running and very quickly showed their quality in transitioning quickly. Les Choletais created the first real chance of the game and the best opportunity of the first half when Vincent Crehin took advantage of a mistake from Melvin Bard to play in Yassin Fortuné. Playing on instinct, the forward struck powerfully but Marcin Bulka turned his effort onto his right post (9’). An early warning sign for the visitors, who quickly reacted. Shortly after the home side had hit the post, Calvin Stengs, alone on the right, cut inside and struck with his better foot. His effort was dealt with by Nicolas Kocik (11’). The rest of the first half was filled with half chances for both sides. While Andy Delort was found in the box on several occasions, Makan Sidibé was the most active Cholet forward. His strikes were well read by Bulka (15’) and Flavius Daniliuc (44’). 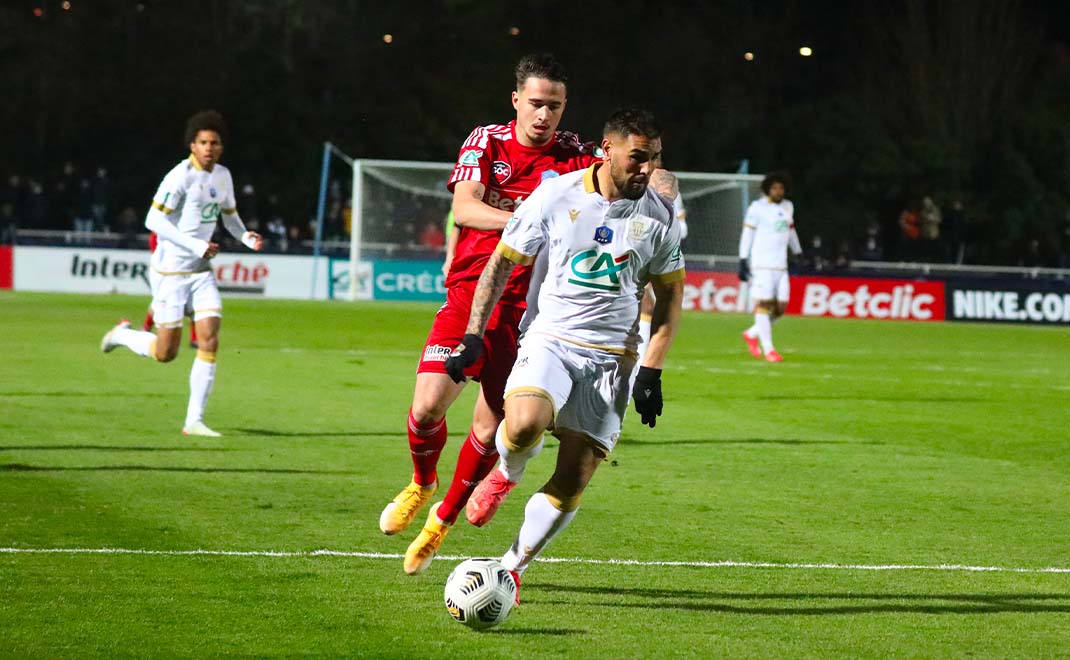 DELORT SENDS LE GYM INTO THE ROUND OF 32

Playing higher up the pitch, with more accuracy and more bite, Le Gym started the second half with an entirely different rhythm. Very quickly, Khephren Thuram tried his luck from distance after a smart ball from Stengs (50’) then Amine Gouiri found the target with a powerful free-kick (56’). After several chances and plenty of possession in the SOC box, Les Aiglons were rewarded. From the left, Kluivert crossed into the box and following a deflection by a defender, Delort's header from close-range left the keeper with absolutely no chance (0-1, 63’). Leading the scoring, OGC Nice refreshed the attack as Christophe Galtier sent on Evann Guessand and Kasper Dolberg. 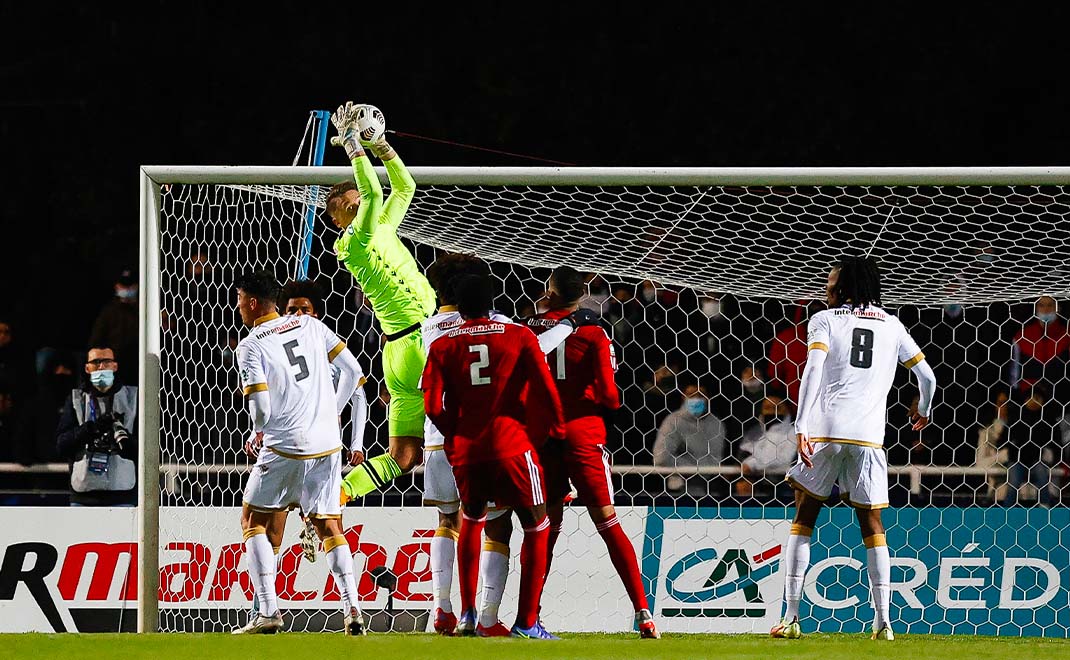 With his first touch of the ball, the player who came through the ranks at the club, ate up the space in front of him but found the side-netting (72'). After missing their chance to put the game to bed, Les Azuréens were left exposed when Richard Déziré played in Yankuba Jarju. The home side's top scorer quickly got himself through one-on-one with Bulka, but missed the target with his shot (78'). The Polish keeper then saw a final effort from Ruffaut fly past the goal (89'). The final opportunity of an encounter that sends OGC Nice into the Round of 32 of the Coupe de France!

Les Aiglons will bring 2021 to a close on Wednesday at home (9pm). For the traditional Christmas match, Les Rouge et Noir will host RC Lens for the final encounter of the first half of the season. Tickets are still available to come and support Christophe Galtier's side who will have the chance to finish Matchday 19 on the Ligue 1 podium!