On the road at Troyes on Sunday for the return of Ligue 1 action, Le Gym fell to defeat (1-0), two weeks after the convincing home win over Brest (2-1). Very quickly trailing the home side after a goal from Baldé, Les Aiglons chased the game but were never able to get back on level terms with a solid and well-organised opposition.

Loyal to the attractive style and philosophy of their coach Laurent Batlles, Troyes took control of the ball and were quickly rewarded for a dynamic start to the match. In the fourth minute, Mama Baldé found the back of the Nice net, after a smart pull-back from Giulan Biancone brought an excellent team move to a close (1-0). The full-back was back in amongst the action just after 15 minutes, when his shot was blocked by Hassane Kamara in the Nice box (17’).

The storm then passed and Le Gym got the ball down and started to play in the home side's half. Andy Delort was the first visitor to go close as a corner was sent into the box (20’) before Hicham Boudaoui missed his acrobatic effort following a cross from Youcef Atal (25’). ESTAC sent on Adil Rami during the first half and they thought they had doubled their lead when Yoann Touzghar found the back of the net after some excellent team play (39'). He was eventually frustrated by the offside flag. Shortly after, VAR decided not to intervene after a questionable tackle in the Troyes box. Boudaoui was caught, fell to the ground, but Mr. Hamel was unmoved.

The start of the second half was very similar to that of the first. But Les Troyens lacked a touch of luck. The ball was sent in from the right wing and Touzghar, unmarked, was denied by a top save from Walter Benitez before Youcef Atal cleared the ball off the line (50').

In order to put the Troyes defence under greater pressure, Christophe Galtier brought on Khephren Thuram and Amine Gouiri before the hour mark. The two newcomers quickly got themselves involved when the midfielder found the forward between the lines (58'). His effort was pushed away by Gauthier Gallon. The next chance came after Kasper Dolberg flicked the ball with his back to goal, but the ball ended up in the arms of the home side's final line of defence (60'). The closing stages of the match offered very few chances. Dolberg couldn't connect with a good ball into the box (71'). Alexis Claude-Maurice came on in the 72nd minute and played his first minutes of the season following his broken leg back in May. The entrance of a dynamic Guessand made no difference to the result either.

Le Gym will be back at the Allianz Riviera next Sunday to face Lyon (1pm).

The match in images 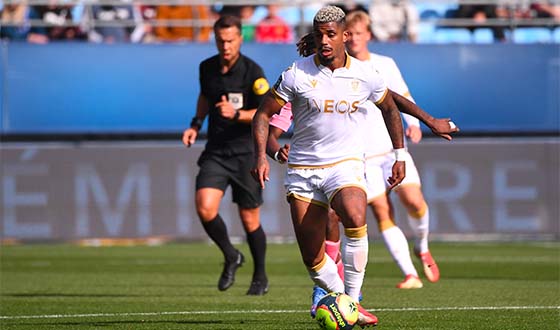 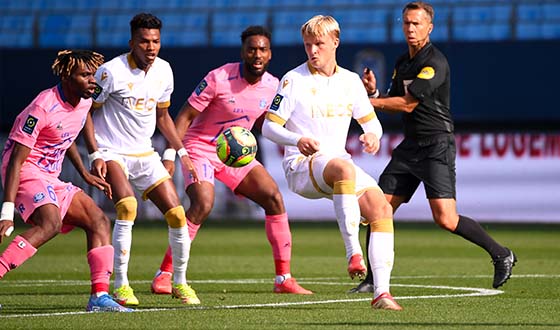 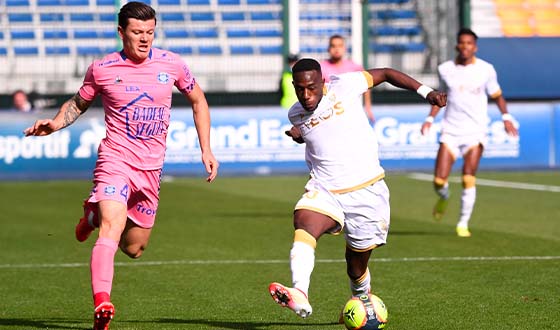 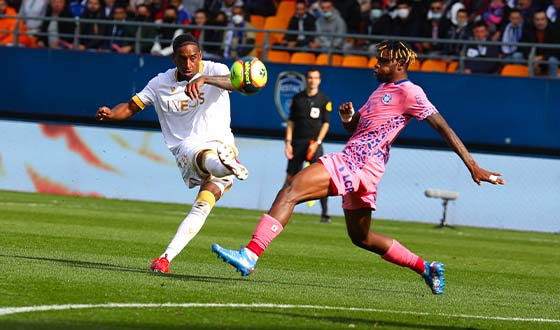