Three days after a draw in Le Derby, Le Gym fell to a first defeat of the season at Lorient on Wednesday evening (1-0). Quickly falling behind, Les Aiglons chased the match without managing to get back on level terms, despite several chances and a missed penalty at the end of a match which they ended with an extra man after Jenz's red card.

Between the visit of Monaco on Sunday (2-2) and the trip to Saint-Etienne on Saturday, Le Gym travelled to Lorient's Stade du Moustoir on Wednesday. Against an opponent who have started the season positively and have beaten Monaco and Lille at home since the start of the campaign, the encounter quickly turned in the home side's favour thanks to an intense start that was rewarded with a goal for Thomas Monconduit. OGC Nice then created several chances, but lacked the final product.

The first minutes of the match at the Moustoir were scrappy with several fouls and the best chances coming from set-piece situations. It was from a free-kick that Le Gym looked dangerous for the first time in the match. Well defended by the home defence, the ball fell to Pablo Rosario who attempted an acrobatic effort which didn't find the target (8’). Despite their lack of possession, Christophe Pelissier's side began to work their way into the box and tried their luck from distance. And it was from a long-range effort, following a free-kick, that Monconduit found the back of Walter Benitez's net to give his side the lead (22’, 1-0). Down to 10 men to defend the move, Les Aiglons lost Justin Kluivert to injury and he was replaced by Calvin Stengs in the aftermath of the goal.

Following Les Merlus' opener, the visitors left their timid start behind them, got the ball down and pushed towards Paul Nardi's box. From a short corner (28’) then a cross from Thuram after an impressive team move (36’), they looked dangerous on two occasions. There was another dangerous opportunity minutes later with their best chance of the first half through their number 11. Played in by Stengs, Gouiri couldn't get the better of Nardi in their one-on-one.

The second half started in the same way as the first had ended and the first two chances fell to Nice. From the first, a powerful cross from Rosario was almost turned into his own net by Monconduit (49'). From the second, Gouiri stepped up to take a penalty conceded by Laporte after handling the ball in the box. From 12 yards out, Le Gym's top scorer sent the ball into the stands of the Moustoir (54'). After several minutes of back and forth, Delort intercepted a back pass, beat the keeper and headed toward the goal. His right-footed strike was cruelly deflected by the bar (67').

In the minutes that followed, Moritz Jenz made two fouls one after the other on Delort and Guessand, who had come on for Boudaoui at the break. The German defender was sent for an early bath by Mr. Lissorgue. Despite their numerical advantage, Le Gym continued to be denied by a courageous and disciplined Lorient side, inspired by Nardi who denied Delort once again in the dying moments of the match (87'). In Brittany, Nice fell to defeat for the first time this season. Les Aiglons are back on the road on Saturday when they head to Saint-Etienne. 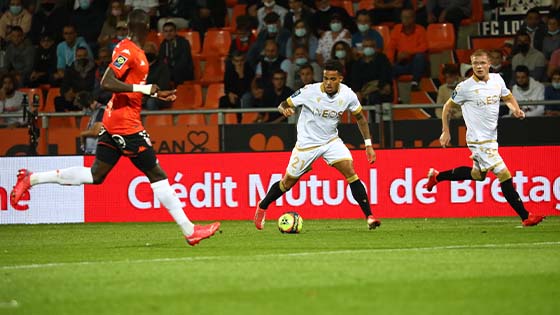 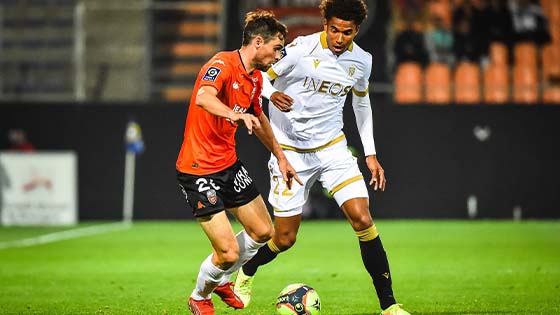 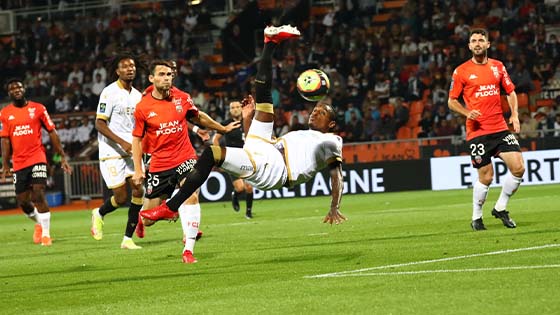 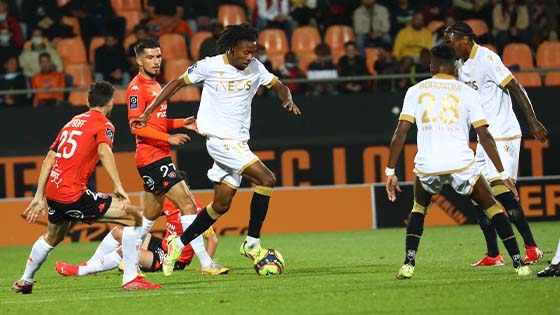 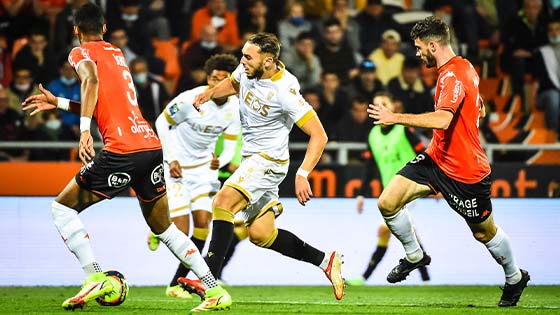