As against Montpellier and Brest, the Aiglons conceded the opener early on, through a slick move from a Strasbourg side fighting relegation. After a Diallo header was pushed out by Benitez, Ajorque was first to the ball and knocked the ball home (0-1, 2’).

But unlike the two previous games, Adrian Ursea’s men, still lined up in a 4-3-3 with Gouiri back in the starting 11, couldn’t turn it around. In the first half they created deux opportunities. The first one came from a Claude-Maurice strike after a Kamara cross, but Kawashima saved well. The second one came after a cross from Atal, who was back in his usual right back spot, that Dolberg headed off target.

Apart from those two chances, Nice weren’t able to create enough, largely due to the Racing’s compact 5-3-2 set up. In the second half the Aiglons dominated the play but couldn’t get anything going. The RCSA dropped deep and were playing on the counter. One of those was brilliantly played with Ajorque heading Guilbert’s cross home at the front post (0-2, 66’).

The Rouge et Noir didn’t have the necessary to get back into the game. A game in which Alexis Claude-Maurice was stretchered off after a Thomasson tackle. They will end the season off next week in Lyon.

The game in pictures: 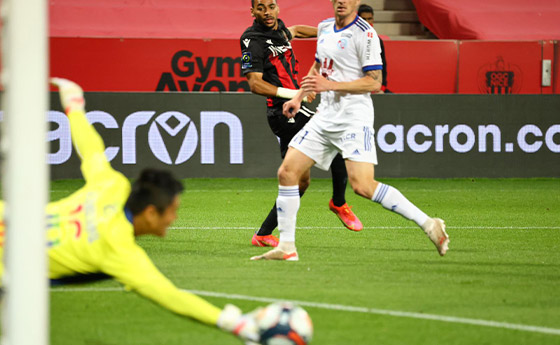 A few moments after the RCSA goal, Kawashima denies Claude-Maurice

Claude-Maurice was stretchered off after a Thomasson challenge 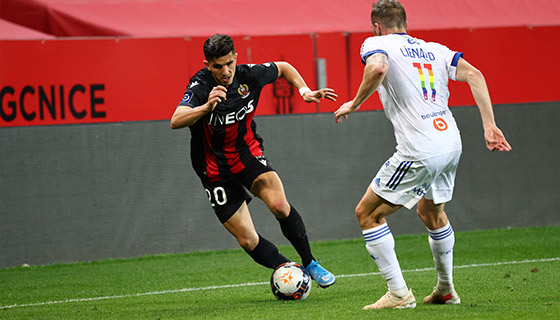 A dynamic Atal started on the right-hand side of defence 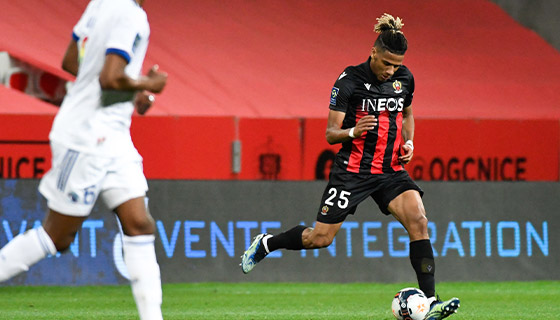 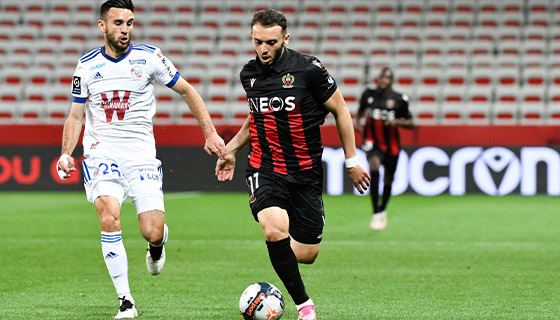 Gouiri gets the better of Thomasson