Three in a row for Schmeichel !

OGC Nice fans have voted Kasper Schmeichel their Aiglon of the Match for a third successive time following his perforamce against Brest on Sunday.

"What I see in him is that, in recent days, he's smiling more. So when he's better in his mind and body, he's better in his work." Coach Lucien Favre pinpointed why Kasper Schmeichel is in such good form of late, again shining in the 1-0 defeat of Brest after performing impressively against Lorient and Cologne. 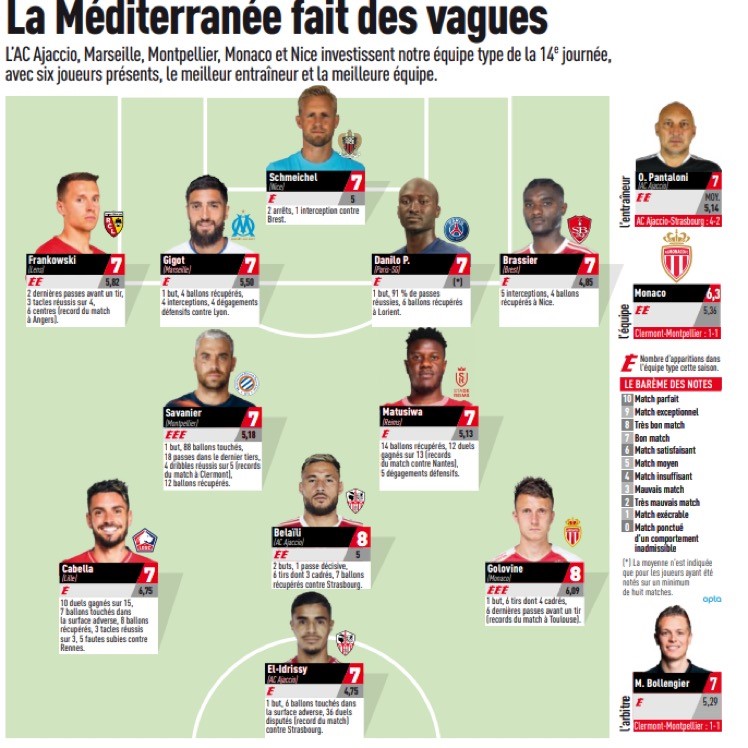 Behind the goalkeeper, who got 38% of the vote, Sofiane Diop polled 18%. The midfielder, who came off the bench at half-time, saw his shot turned in by Gaëtan Laborde for the only goal of the game (54').

As in Cologne, Jean-Clair Todibo claimed the last place on the podium with 14%. He is part of a defence that picked up a fourth clean sheet of the season (after Ajaccio 0-1 in Ligue 1, Slovácko 0-1 in Conference League and Maccabi Tel-Aviv 2-0 in the play-off).

Lucien Favre: “When things aren’t going well, you need to hang on and move forward”

Lucien Favre: “When things aren’t going well, you need to hang on and move forward”