Three days after their heroic display in Cologne, it was more of the same from Le Gym at home to Brest today. Thanks to Sofiane Diop’s strike, which took a deflection off Gaëtan Laborde’s back, Les Aiglons earned the narrowest of wins to keep marching on.

Control, energy and the inspiration to score when they had the momentum – that was the cocktail that meant that Le Gym extended their fine unbeaten run in Ligue 1 (three wins and two draws) and brilliantly rounded off a week full of colour, emotion and fun today. It was always going to be tricky against Les Pirates, who were languishing near the bottom of the table but were still up for a fight. In fact, Le Gym almost got caught out early on, after Mahdi Camara’s shot from inside the box was deflected by Aaron Ramsey onto Kasper Schmeichel’s crossbar – an opening chance that acted as a wake-up call for Les Rouge et Noir, who soon got up and running afterwards. 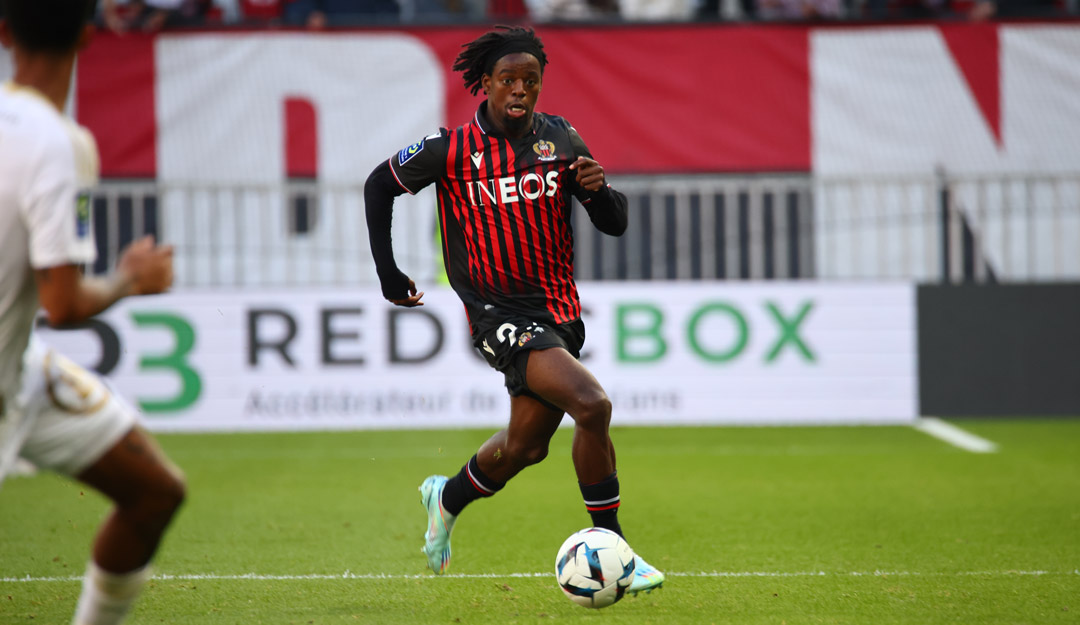 Set up in a 4-4-2, more or less as they were away to Köln (but with Ramsey and Jordan Lotomba in place of Khephren Thuram and the suspended Melvin Bard), Nice began to dominate possession and were soon creating chances for themselves. The first one was for Mario Lemina, who set aim for the top corner from 25 yards out but was denied by a fine diving save from Marco Bizot. The second one came slightly later in the first half and perfectly summed up what Lucien Favre’s men were doing well. Against Brest’s 4-3-3, Nice were a man light in the middle but had one player more on each wing, and that’s exactly where they looked to create danger. From a smooth bit of play, the left-sided Lotomba delivered the ball onto the head of Gaëtan Laborde, whose attempt hit the post. The combative Laborde was at it again after the restart, though, as he deflected Sofiane Diop’s powerful shot with his back to give Le Gym the lead in the 54th minute. We’ll have to wait a bit longer to find out the official identity of Nice’s goalscorer, although it really belongs to both of them…

Incidentally, Diop was the only player to be brought on by Lucien Favre at the break. The no. 10 helped to link up Le Gym’s attacking play, and it was his moment of brilliance that ended up winning the game. Before the interval, Schmeichel’s only intervention came when he was forced to palm away another hit from Camara, but the Denmark international certainly stepped up to the mark in the second half.

Whilst Les Rouge et Noir made their momentum count with the goal (following a shot from Youcef Atal, a Ramsey header, a long-distance effort from Hicham Boudaoui and a low strike from Laborde), Les Pirates looked dangerous when they decided to go all out, and it was precisely then that the Dane made his grand entrance. After Lotomba’s excellent goal-line clearance in the 68th minute, the former Leicester man proved decisive when he stopped Taïryk Arconte’s shot at the near post a minute later, as well as when he came a long way out from his goal to throw himself at the feet of two on-rushing Brest players. 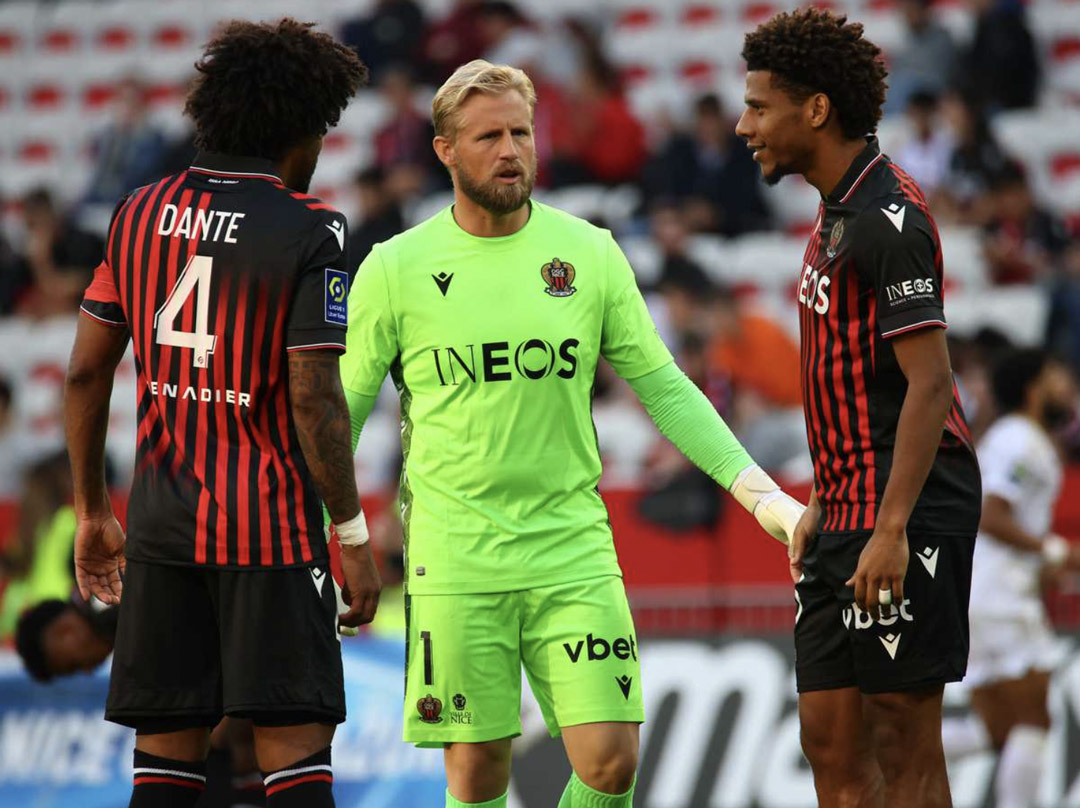 After weathering the storm from the visitors, Le Gym went back on the attack towards the end, with Thuram, Antoine Mendy and Andy Delort coming on. They almost doubled their lead when Boudaoui’s shot was turned away by Bizot, but Lucien Favre’s side got the job done in the end.

Les Aiglons travel to Lyon next week before the break for the World Cup.