Toulouse away followed by Strasbourg at home to start

The Ligue de Football Professionnel (LFP) have today unveiled the 2022-23 Ligue 1 fixture list. Having come to a halt less than a month and a half ago, Le Gym’s top-flight adventure will get going again on the weekend of 6th August away to Ligue 2 champions Toulouse. Our game at home to OM is set for Matchday 4 on 28th August.

The last time that Le Gym played down by the Garonne river in Ligue 1 was on 15th February 2020, when they ran out 2-0 winners before moving up into fifth place in a season that was interrupted by the COVID-19 pandemic. Two-and-a-half years later, Les Rouge et Noir will return to Toulouse, now Ligue 2 champions, on the weekend of 6th August to get their 2022-23 campaign underway. Strasbourg are on the agenda for Matchday 2 in the first home game of the season before a clash away to Clermont on Matchday 3, taking place on 21st August, between the two legs of the Europa Conference League play-off on 18th and 25th August. 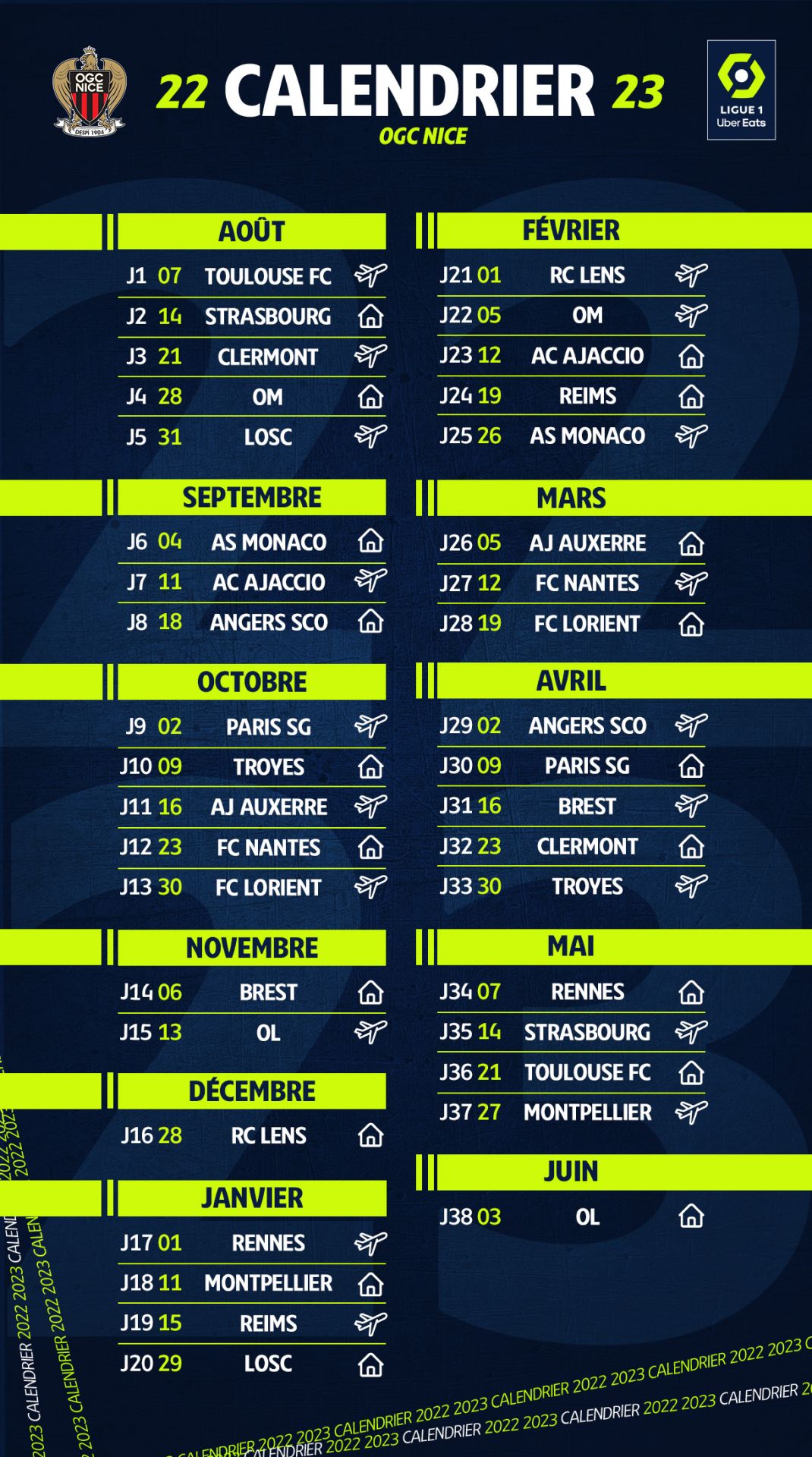 Derbies coming in thick and fast

The first derby of the season, at home to OM, is set for Matchday 4 on the weekend of 28th August. A week later, AS Monaco will come to the Allianz Riviera on Matchday 6, with a midweek trip to Lille sandwiched between the two. The two reverse fixtures will take place on 5th February (Matchday 22) at the Vélodrome and on 26th February (Matchday 25) at the Stade Louis II respectively.

The 2022-23 season will be a strange one, as it will be broken up by the World Cup in Qatar. As a result, Les Aiglons will finish the first part of their campaign with a trip to Lyon on the weekend of 13th November (Matchday 15). They will then return to Ligue 1 action on Matchday 16, when they host Lens on Wednesday 28th December. A few days later, they will start 2023 away to Rennes on New Year’s Day (Matchday 17). The first half of the season is set to officially come to an end on the weekend of 14th January away to Reims. 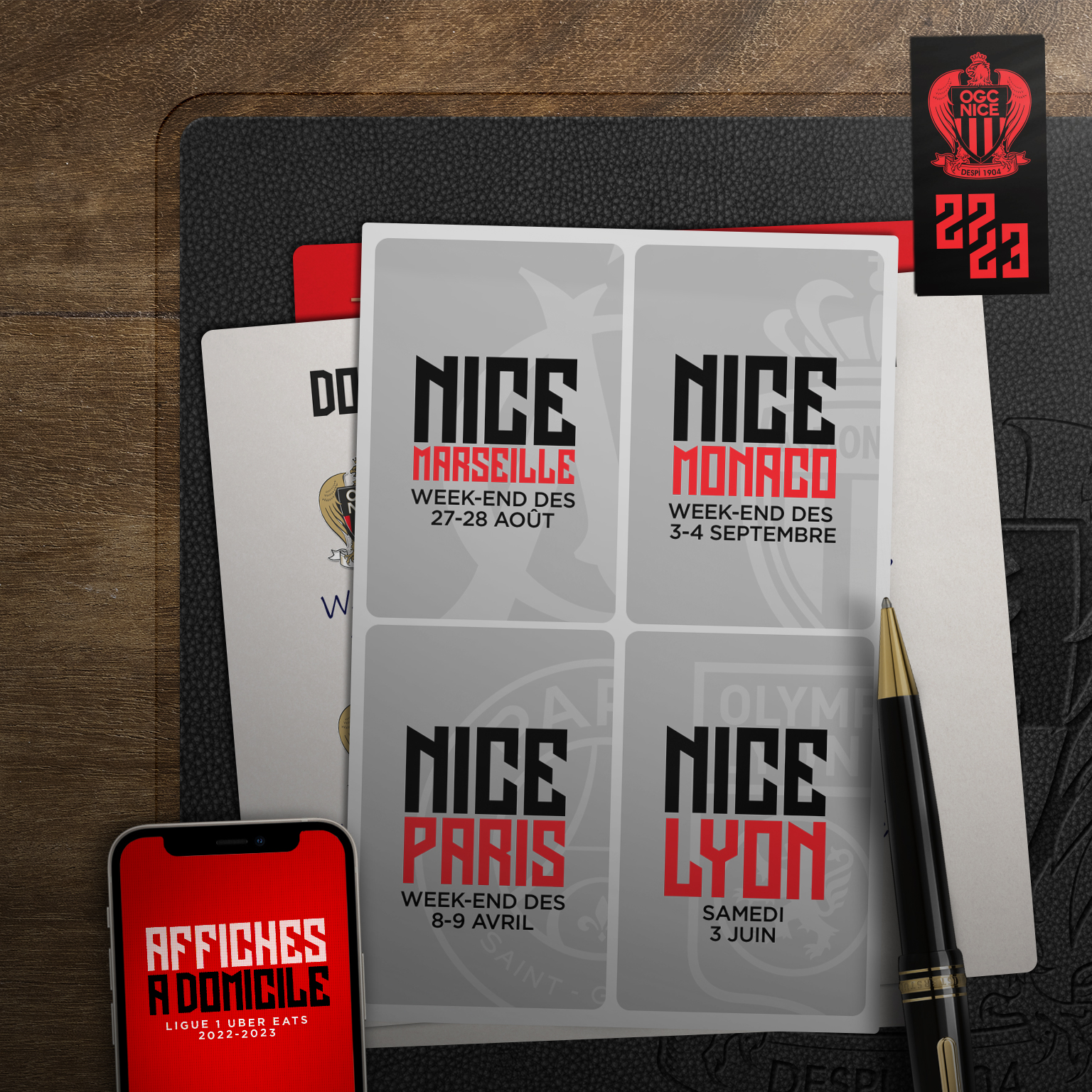 The second half of the season will provide some tasty match-ups at the Allianz Riviera, with Paris SG and Rennes coming to town on 9th April (Matchday 30) and on 7th May (Matchday 34) respectively. Jean-Clair Todibo and co. will end their 2022-23 campaign with a game at home to Lyon on 3rd June (Matchday 38).

EXPERIENCE THE SEASON AT THE ALLIANZ RIVIERA

Enticed by the fixture list? Having a season ticket is the only way of being sure that you’ll be able to attend every game at the Allianz Riviera.  Season tickets are now on sale to all. 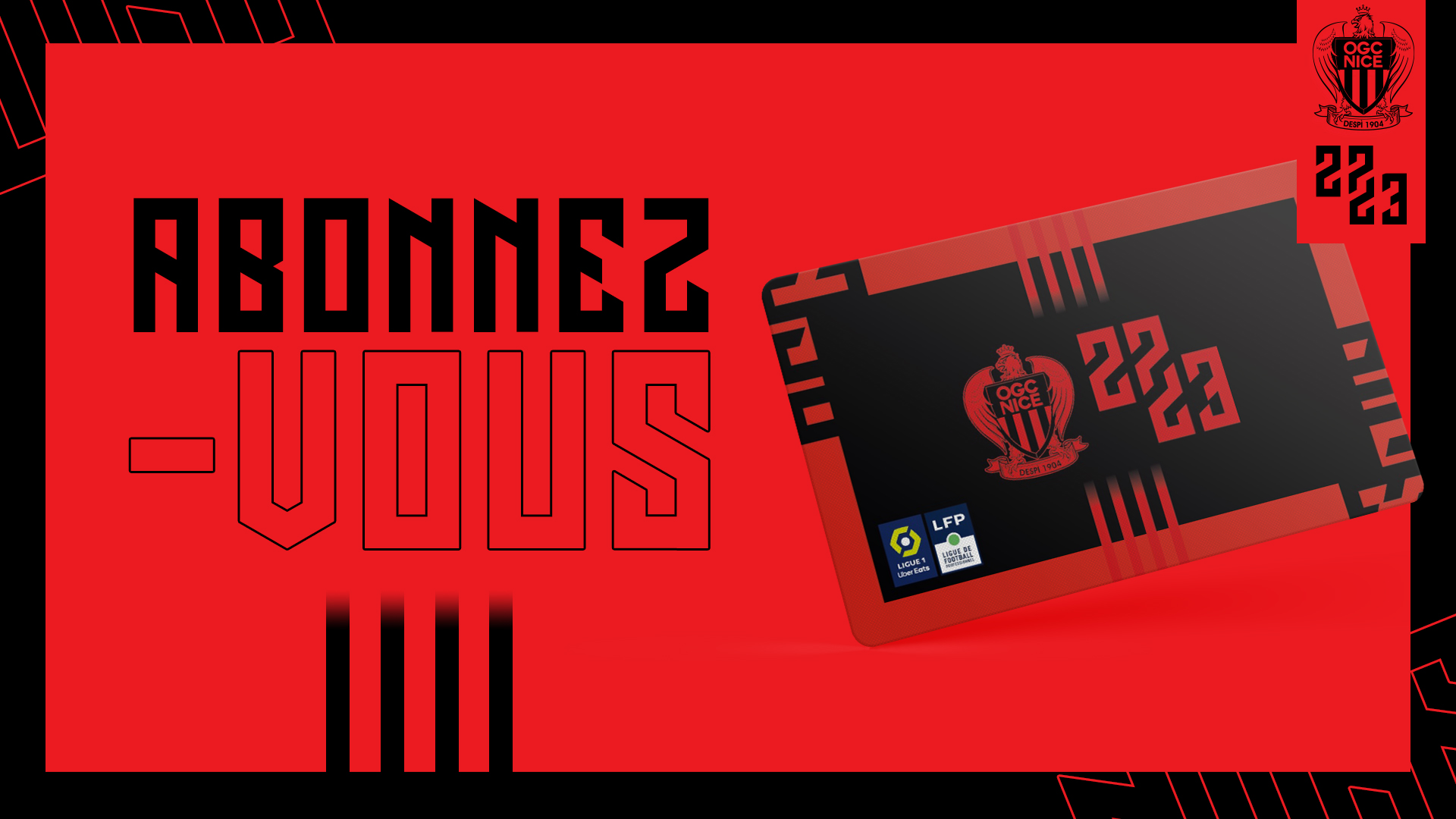 After that final clash of the season against Lyon, four clubs will be relegated to Ligue 1, with two coming up to Ligue 1, in order to allow for the top flight’s switch to 18 clubs from the 2023-24 season onwards.