Khephren Thuram scored the winning goal against Nantes after a breathtaking run and is your Crédit Agricole Aiglon of the match. With 41% of the votes, the midfielder is ahead of Justin Kluivert (24%) and Kasper Dolberg (8%), the man who scored the opener.

His game took another turn and entered another dimension in the 55th minute. Khephren Thuram was found by Jordan Lotomba in the Gym's half, and he got the ball on the turn before stepping on the gas and taking long strides towards the Nantes goal. The opponents reminded him of his first goal in Ligue 1 and his first in the Rouge et Noir, and the midfielder burst into space, pushed by his new team-mate Jordan Amavi. The Aiglon then played a one two with Amine Gouiri who, with a subtle pass, opened the way to the goal for his teammate and gave three Nantes defenders the slip. "We get on very well off the pitch and you can feel it on the pitch,” said Gouiri after the game. 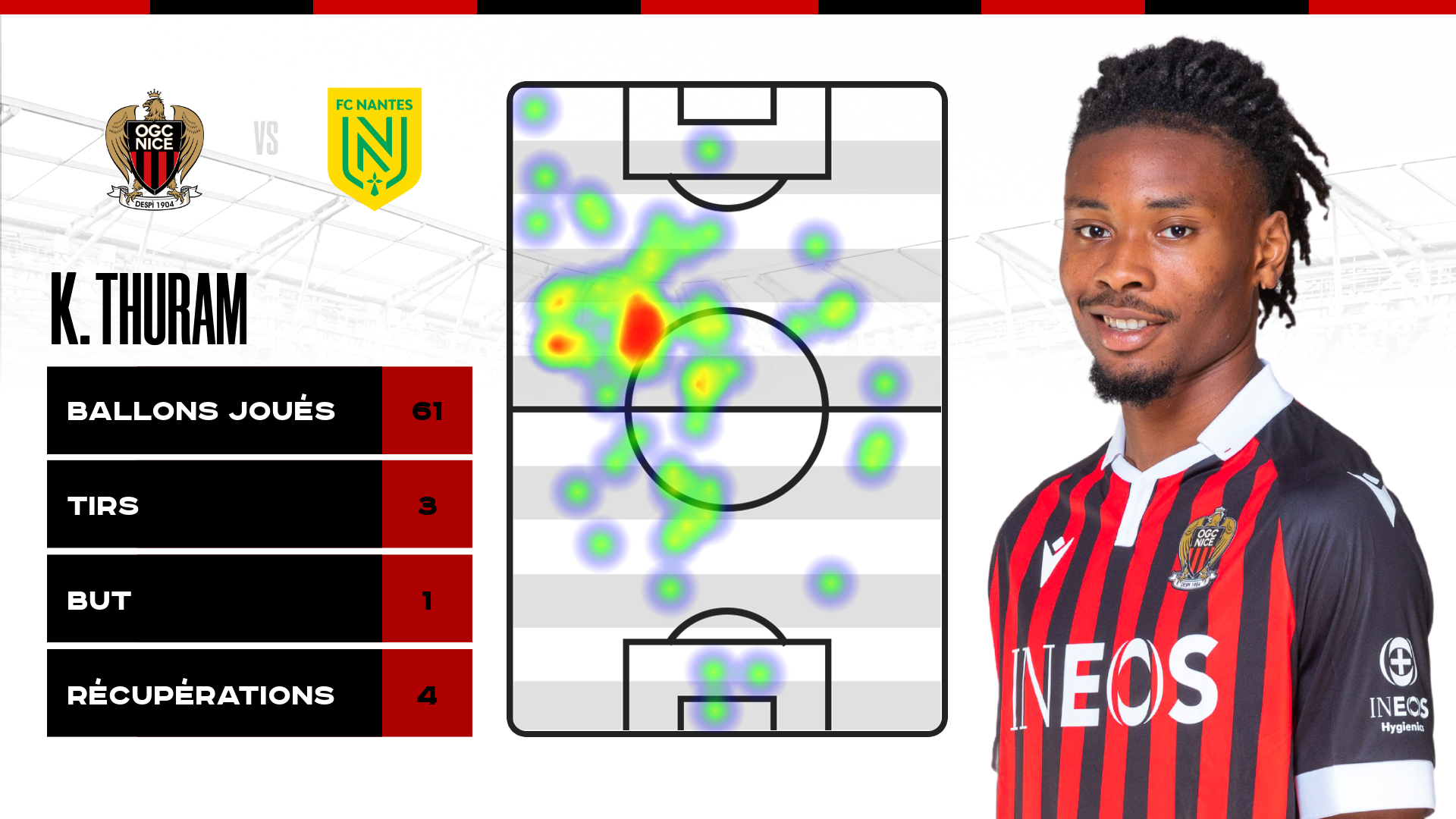 But even before the 55th minute, Thuram was already on his way to a successful performance. With his activity in midfield, his energy and his quality going forward, the number 19 delivered a complete performancewith three shots (most in the match) and as many clearances (record for Nice).

Second in the poll, Justin Kluviert received 24% of the votes. The Dutchman was the driving force behind Nice's attack, and his seven crosses were a match best. In third place Kasper Dolberg was rewarded for his goal. The centre-forward converted the penalty Dante won and scored his third goal in his last four Ligue 1 games.