With 46% of the votes, Youcef Atal is your Crédit Agricole PCA Aiglon of the Match for Nice's 2-1 victory at Rennes. Thanks to his incisive performance and crucial goal, the full-back finished ahead of Kasper Dolberg, goalscorer and goal provider (25%), and Walter Benitez, who made several vital contributions in difficult moments (12%).

Atal was the first Nice player to try to break through Rennes' lines after the hosts dominated the opening quarter of an hour. He made the first incursions from his post at right-back and led the visitors' first attacks by bringing players with him as the team moved higher up the pitch. Very active and forward thinking, the full-back managed 60 touches of the ball up and down his flank – the second-highest total for Le Gym. He also made 18 passes in the opposition half, with only Justin Kluivert managing more (19). 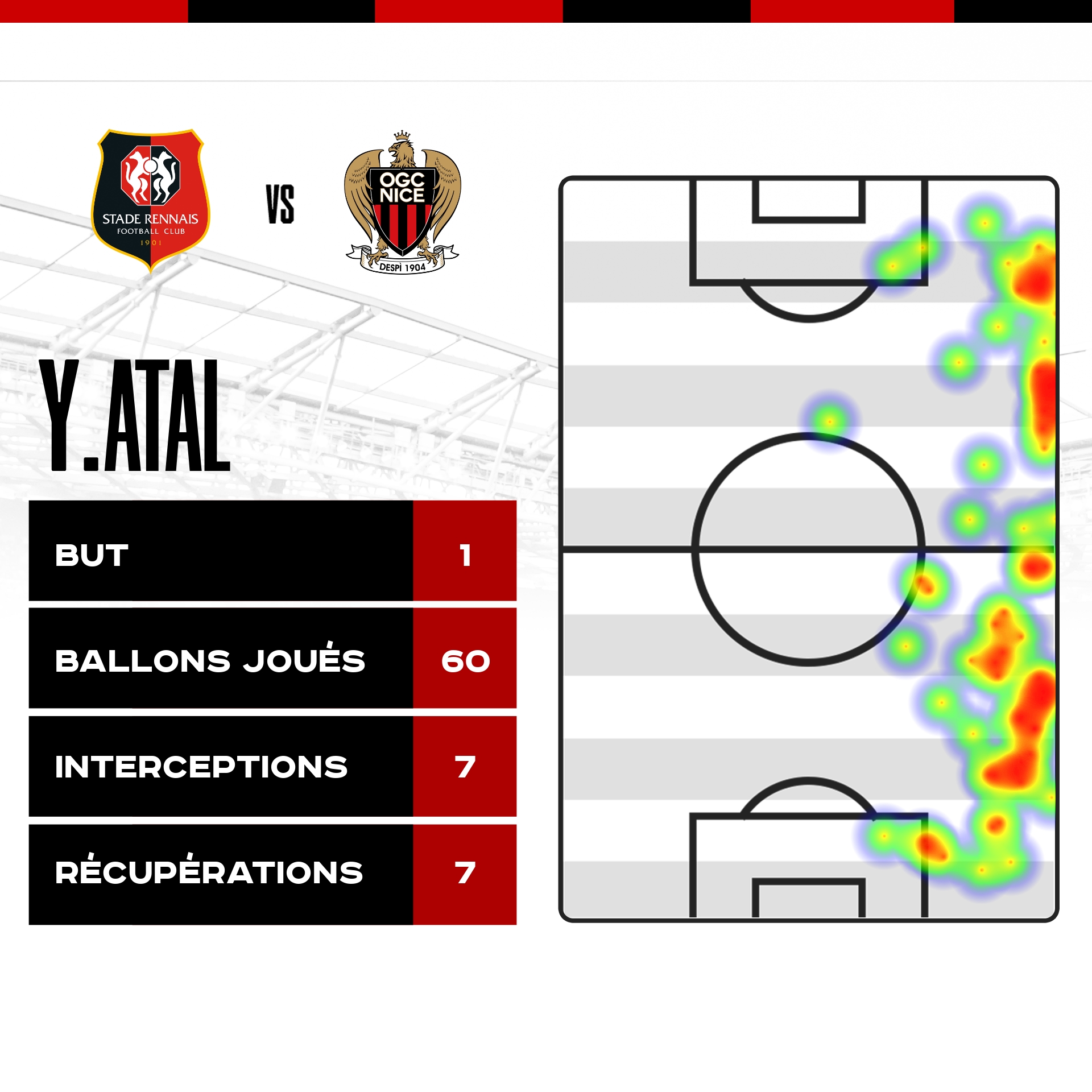 Atal earned reward for his attacking intentions by getting on the end of a team move and blasting a shot beyond the helpless Gomis and just under the crossbar. His precise finish set Les Aiglons on course for victory and brought him his second goal for Les Rouge et Noir this season and tenth in total. Awarded 8/10 by L’Équipe and also selected in the newspaper's team of the week, Atal likewise displayed his defensive qualities at Roazhon Park. The No20 made six interceptions during the match – at least twice as many as any other player – and also pulled off six ball recoveries, lending his performance a complete dimension. 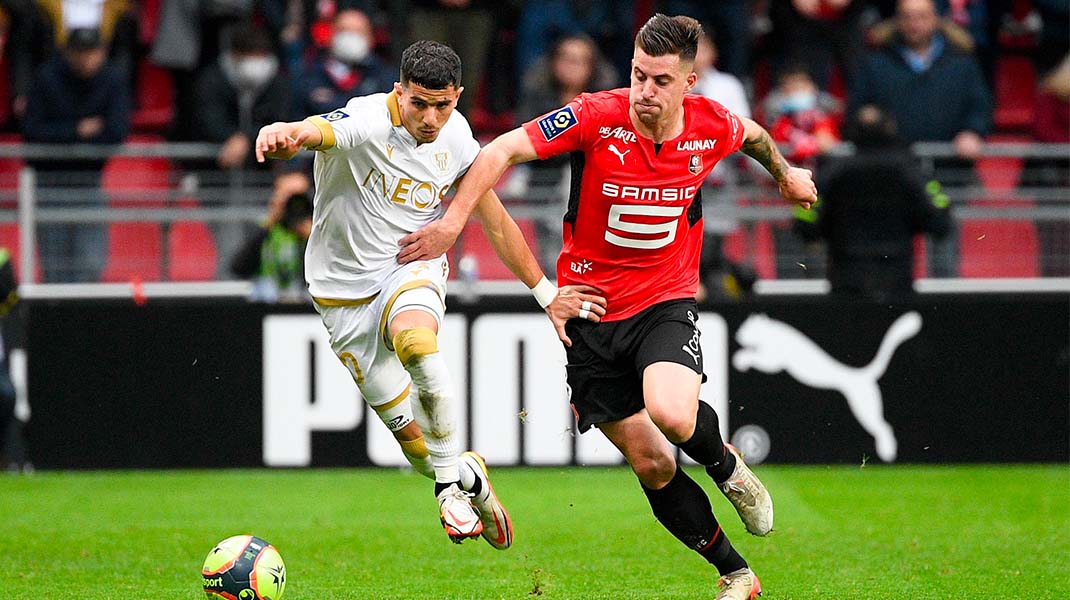 Behind Atal, Kasper Dolberg finished second in the vote (25%). The Danish forward attempted four shots and aimed two on target (the highest totals in the match), including his penalty to open the scoring. Overall, he had a major impact up front as he created space for his team-mates, and it was his one-two with Atal that led to the full-back's goal. A goalscorer and goal provider for the second time, the No9 also earned himself a place in L’Équipe's team of the week.

Lastly, Walter Benitez came in third after proving decisive with seven saves. The Argentinian goalkeeper kept Le Gym in the game during a period of Rennes dominance at the start and then protected the lead as the hosts racked up shot after shot in the second half.

FOUR AIGLONS IN L'ÉQUIPE'S TEAM OF THE WEEK

In addition to Atal and Dolberg, two more Aiglons were included in L’Équipe's team of the week for Matchday 18, giving the newspaper's line-up a strong Nice accent across the pitch. In defence, Dante was awarded 8/10 after his 12 defensive clearances, while Mario Lemina was handed 7/10 and a spot in midfield.