OGC Nice came from behind after conceding after just three minutes to defeat Marseille in a sublime performance. A week after having eliminated Paris, Christophe Galtier's team beat OM (4-1) and progresses to the semi-final of the Coupe de France.

This time the match was sumptuous, from start to finish, both on the pitch and in the stands. In a winter with the appearance of summer, Le Gym and OM fought on equal terms in a game that shows us why we love football. In the end, it was Les Aiglons, pushed on by the fervour of 33,346 fans, who won the game, opening the doors to the last four of the Coupe de France, something they had not achieved since 2011. 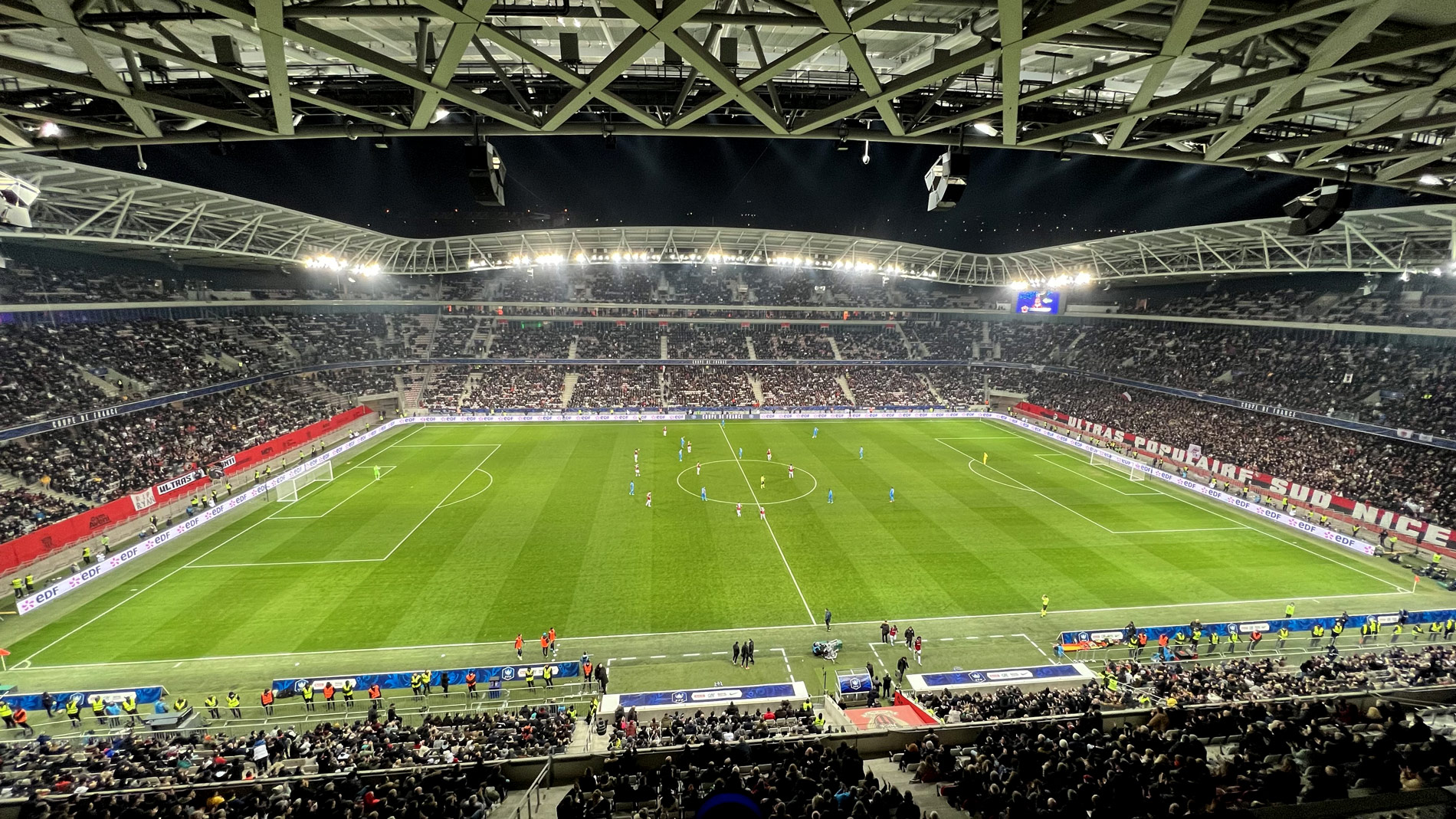 The duel between 2nd and 3rd of Ligue 1 was full of promise, which was duly fulfilled. In the third minute of the game, the Provençals opened the score. Following a high clearance, Milik was found on the edge of the area and after a poor clearance from Todibo, the ball arrived at Under's feet. Bulka saved from the Turk's shot, but Bard put it into his own net (0-1, 3').

One might have thought, then, that Les Aiglons might fade away or bow to fate. But this was not the case, as Le Gym instead grabbed their destiny by the scruff of the neck. In the 10th minute, Thuram collected a high ball that came from Saliba and passed it to Delort. From 25 metres out, the No7 set up Gouiri, before the star of Le Gym did his thing. He made his way between Balerdi and Saliba, accelerated into the area and levelled the game up by slotting past Peres, scoring his 11th goal of the season (1-1, 10'). 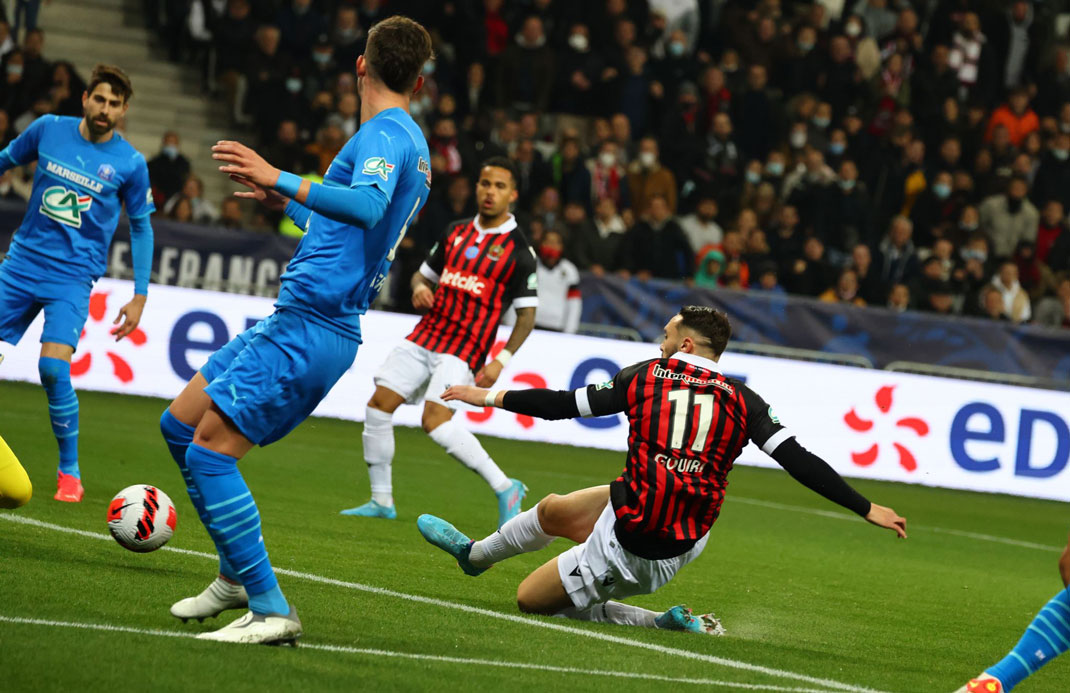 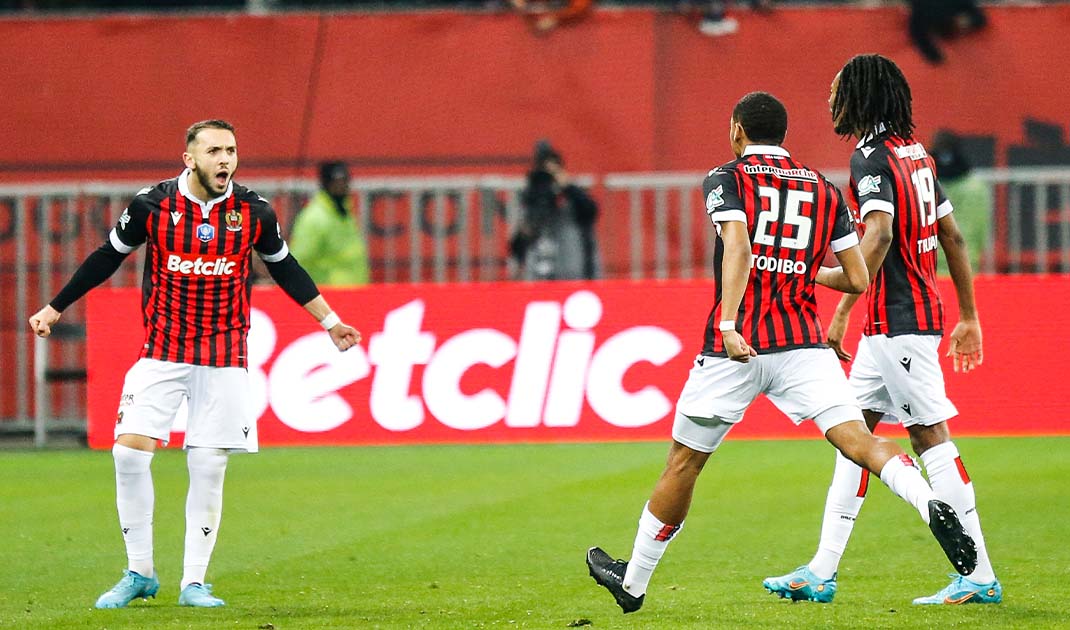 This equaliser validated coach Galtier's game plan. Faced with a series of absences, including that of Dolberg and Lotomba, the Aiglons coach installed Khephren on the left side of his midfield, "à la Boudaoui". The defensive 4-4-2 hampered the opposing 4-1-4-1 and, offensively, Nice regularly played in a 4-3-3, with Thuram entering the middle of the field to make a difference. Justin Kluivert played the role of detonator to perfection. The former Ajax man, lined up on the right, showed off his quick feet and was constantly a threat in the final third. After an attempt on goal, followed by a dribble on Peres, the Dutch international gave his side the lead from a quick break. Rosario took the ball off Rongier, Schneiderlin passed to Gouiri first time, and then it was all hands on deck. Amine found Andy on the edge of the area and his cross was headed in by Kluivert, who was impeccable in his timing and accuracy (2-1, 23'). 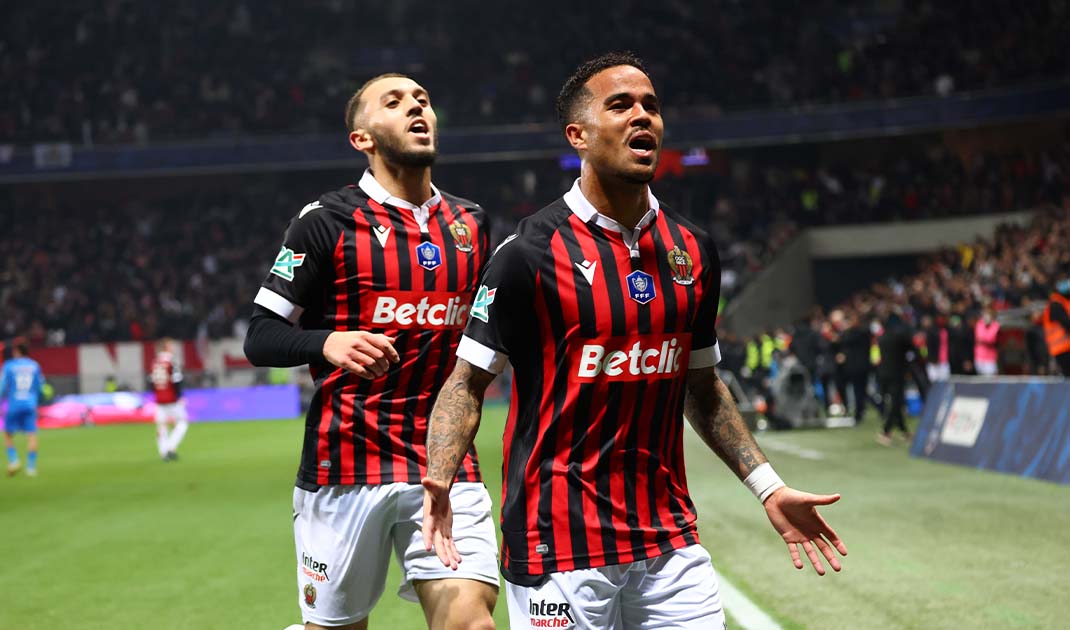 Even with this advantage, the match never dropped in intensity, except in the last quarter of an hour, when it was all over. Both teams had chances, even if Nice looked in control throughout. The first half chances included a fine shot by Delort that was caught by Lopez (22'), and an effort by Payet, alone in the box, that was put over the bar (42').

Sampaoli introduced Bakambu early in the second half, who almost equalised 3 minutes after kick-off, but was eventually correctly flagged offside. The calm before a storm named Kluivert. The winger was monstrous throughout the match and unleashed a monumental shot from the edge of the box, sending the Allianz Riviera into raptures (3-1, 49'). The action began when Bulka gave the ball to Dante. The captain laid the ball off to Delort, whose challenge resulted in the ball being cleared by his opponent... to Kluivert, who pulled off a moment of magic.

In the aftermath, Bulka made a sublime save from Bakambu, who was one-on-one with the keeper. Delort responded to Bakambu his own effort from 30 metres out, which was parried by Lopez (57'). The former Montpellier man made it 4-1 four minutes later when he converted an unstoppable cross from Kluivert (4-1, 61'). 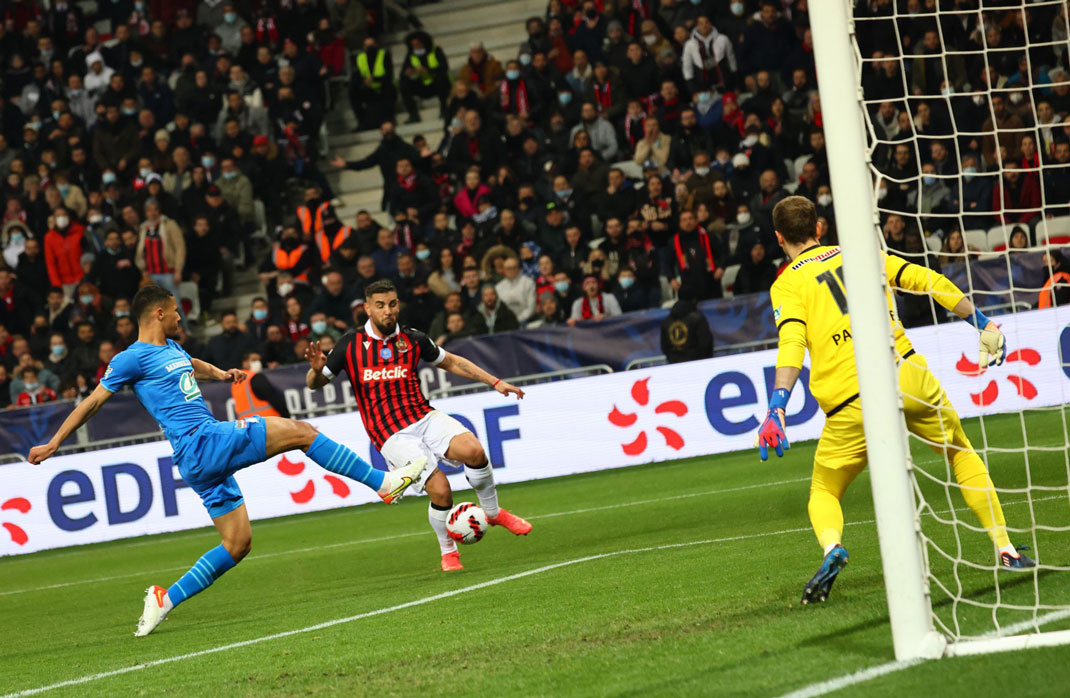 The Red and Blacks retreated and activated "management mode", without ever looking in trouble. Galtier sent on Lemina, Guessand, Brahimi and Claude-Maurice. The red and black chorus never faltered, and a summery air definitely hung over a warm winter's evening...

Three days after disappointment against Clermont in L1, Le Gym are back on track in the most beautiful of ways. Now they must continue their journey in the league, where they travel to Lyon on Saturday.

J-P. Rivère: 'Everything came together'

J-P. Rivère: 'Everything came together'

Le Gym away in Versailles for the semi-finals

Le Gym away in Versailles for the semi-finals

Sold out for the quarter-finals

Sold out for the quarter-finals