Le Gym climb onto the podium!

Trailing at the break despite a dynamic start to the match, Le Gym reacted perfectly in the second half to pick up all three points from RC Lens (2-1). Thanks to goals from Lemina, his first for Nice, and Kluivert, Les Aiglons got back to winning ways at home before Christmas and secured second spot in Ligue 1 after the first half of the season!

NICE DOMINATE BUT ARE PUNISHED BY LENS

Le Gym got the ball down and played from the very get go and imposed their presence in their own half. Although they were unable to take advantage of their domination, Justin Kluivert's liveliness was their main attacking threat. The Dutchman was at the heart of the first chance of the match, when he played into Melvin Bard, who then found Youcef Atal. The Algerian's first-time effort flew past Jean-Louis Leca's goal (21’). Playing high up the pitch, Nice left themselves open to the visitors' dynamic attacks. After a corner that was won after a rapid move, RCL even took the lead. Walter Benitez pushed away an initial header from Arnaud Kalimuendo and Christopher Wooh missed the target from just a few centimetres out thanks to an excellent block from Boudaoui, the Lens forward found the back of the net shortly after. Wesley Fofana recovered the ball, played to Wooh who found the forward whose strike ended up in the back of the net (0-1, 30’). After another stop from Benitez to deny David Pereira da Costa, Le Gym created their best chance of the first half just before the break. Atal, once again, was found by Gouiri and his powerful shot on target was pushed away by Leca. 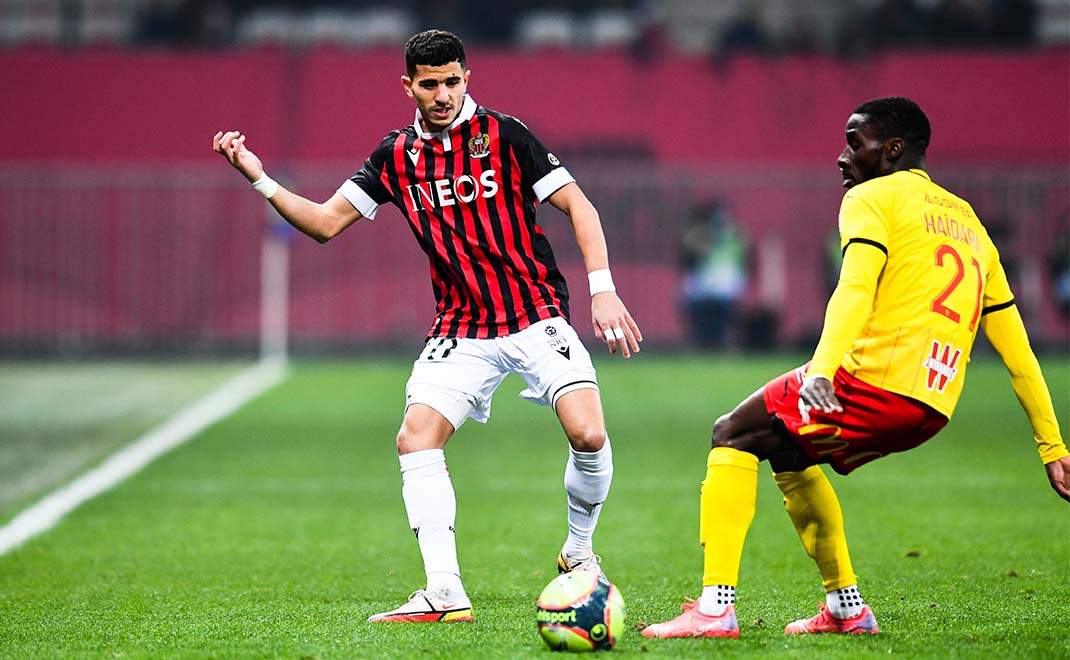 LE GYM FORCED THEIR OWN DESTINY

The second half started far less entertaining than the first, but gained in rhythm on the hour mark, when Le Gym stepped up a gear. Atal broke down the right before powerfully crossing for Dolberg. At the near post, the Dane's attempted back-heeled effort didn't come off. But in the minutes that followed, Nice pressed high and sent ball after ball into the box, before they were finally rewarded for their pressure, when Mario Lemina perfectly volleyed into Leca's net (1-1, 63'). A first goal in Rouge et Noir for the number 18. 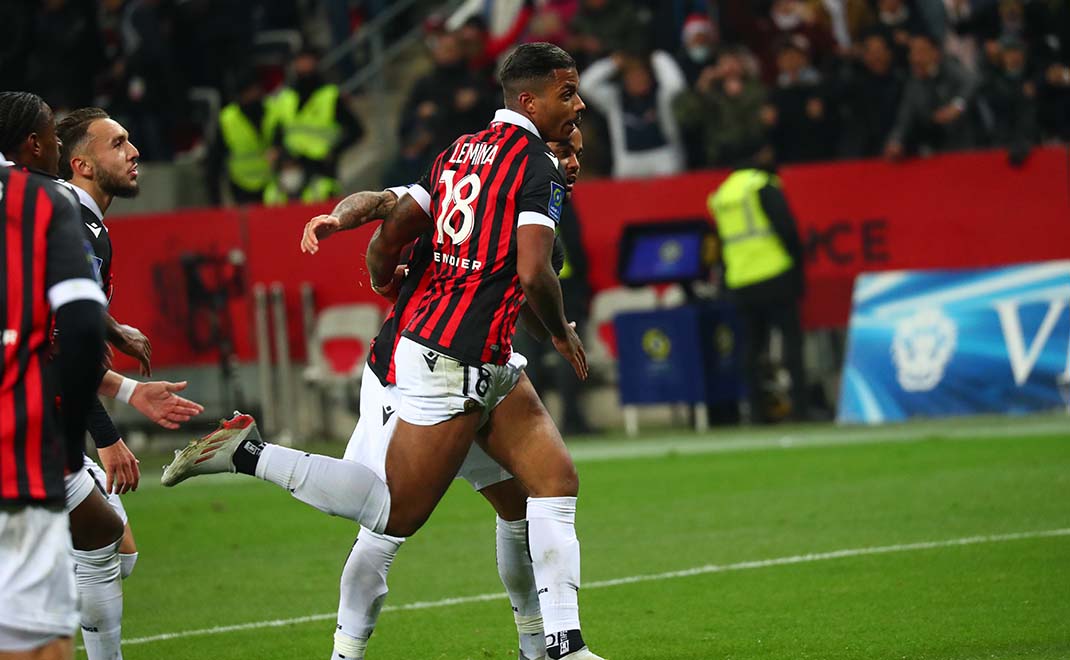 As the lines across the pitch were stretched, Nice were able to take advantage this time of the spaces left in behind by Lens. Kluivert was played in and he demonstrated all of his quality. From the left, the Dutchman broke into the box, dummied before opting to strike to the near post. His effort beat Leca and gave Les Niçois the lead (2-1, 80'). A lead that could have even been extended if the bar hadn't come to deny another effort from the winger on loan from Roma (88'). With a win at home after three consecutive defeats, Nice climb up to second place in Ligue 1! 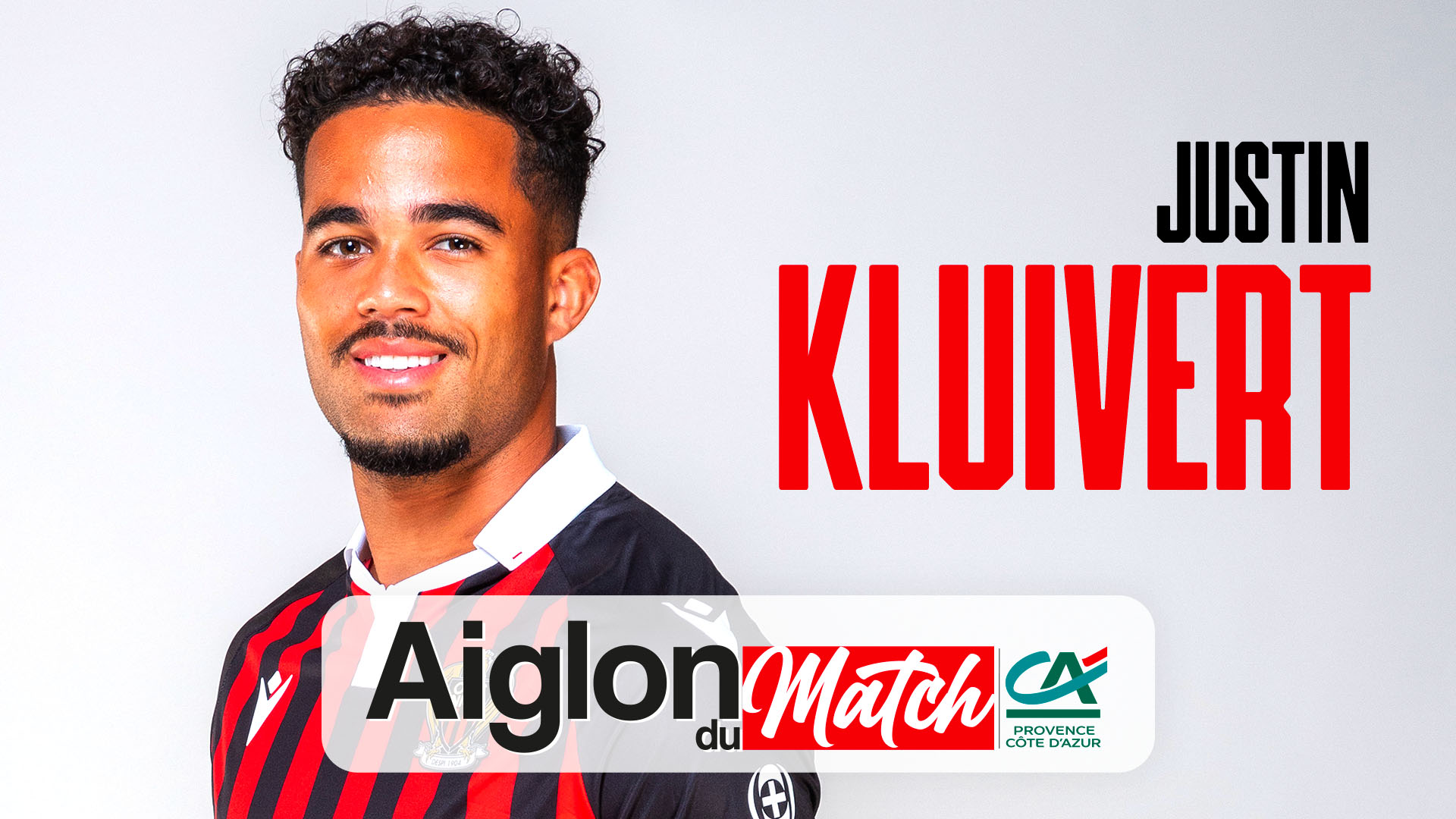 After this final match of 2021, OGC Nice will be back in Ligue 1 action on Sunday 9 January at Stade Brestois (1pm). Before then, Le Gym will continue their Coupe de France campaign in the Round of 32. As a reminder, the club was drawn against the winner of the match between Paris FC and Olympique Lyonnais, with the outcome to be confirmed on Tuesday 28 December. 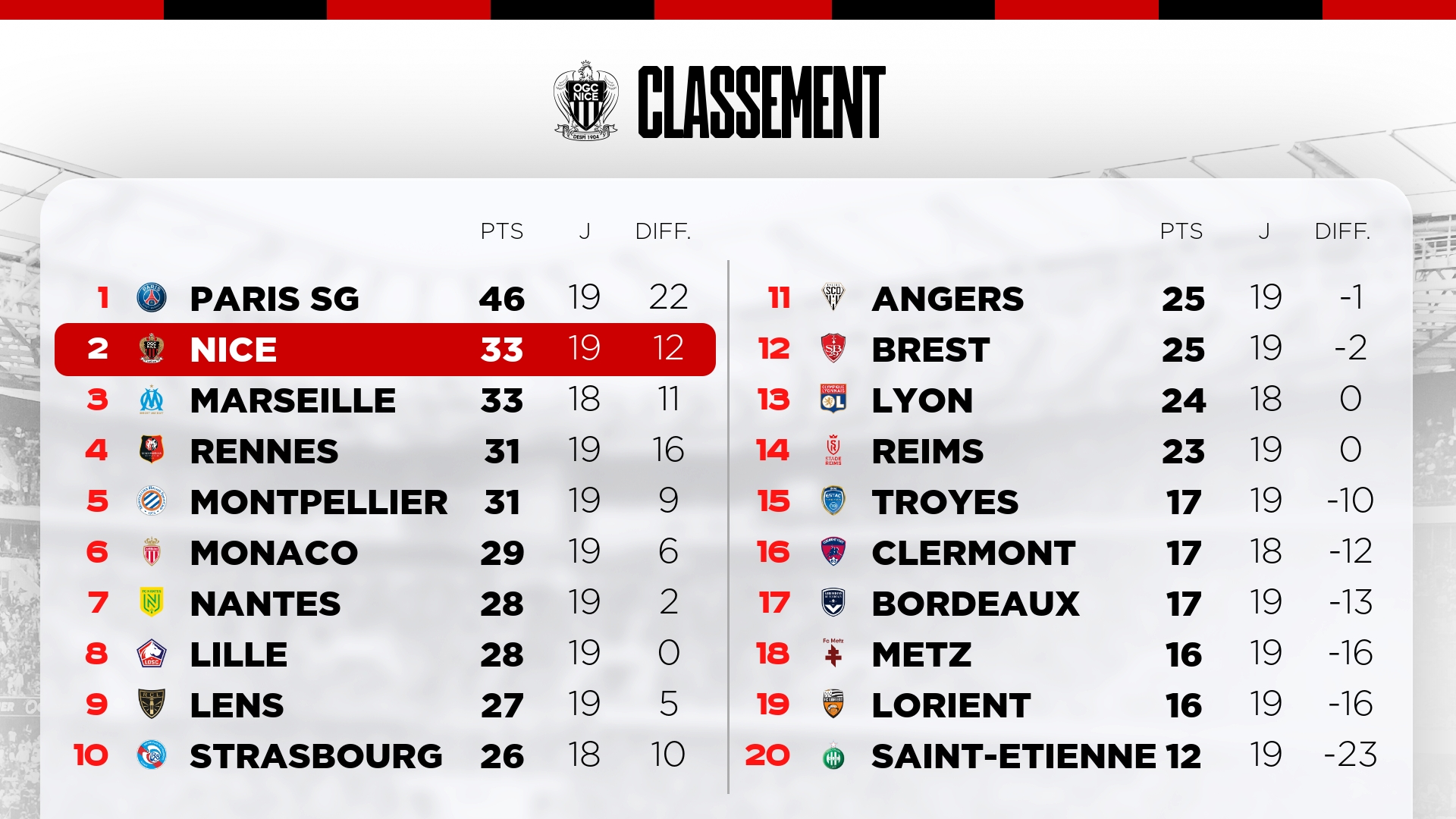 First half of the season

Two uncertainties ahead of Lens clash

Two uncertainties ahead of Lens clash