The Aiglons were behind at the half hour mark, just after hitting the post through Delort, but they were able to secure a late win at Angers on Sunday in matchday 12 of Ligue 1 (1-2). The Aiglons who struggled to find a way back into the game after the restart did so through Delort (57') before taking the lead thanks to a wonder strike from the man from Sète in stoppage time (90+2'). Nice are now second in Ligue 1!

A week after beating Lyon 3-2 in the dying moments, the Gym did it again on Sunday afternoon in Angers. Having been behind and struggling, the Aiglons put in a second half performance full of desire and attacking intent and saw their intentions rewarded thanks to Delort, who scored twice in the final moments of another crazy encounter!

At the end of a three-game week, there were no big chances in the first quarter of an hour. Angers were solid at home, defending well and trying to get forward in transition, but without success. For Nice, Andy Delort could only shoot from distance in an attempt to break the deadlock (21'). The Gym took control of the match and the game turned around. Youcef Atal took advantage of this to get down the right-hand side. The Algerian sent in two dangerous crosses. The first, for Andy Delort's head, ended up hitting Paul Bernardoni's post. The second offered Lucas Da Cunha a chance to shoot from outside the box (25').

But just as they had done against Marseille in midweek, the Gym failed to deal with their opponents’ first shot. Sofiane Boufal came in from the left and showed his technical prowess to win a penalty. The Angevin winger then scored from the spot (29', 1-0).

The Aiglons did not give up and continued to play to their strengths. Atal was once again on the move, but saw Delort beaten to another good cross (55'). After bringing the danger from the right, Gym finally managed to combine down the middle. Gouiri found Delort, whose shot, tackled by Romain Thomas, deceived Bernardoni with a fortunate lob (57', 1-1).  The chances then came thick and fast for Nice. Gouiri hit a powerful effort from the edge of the box (69') before the biggest chance of the second half. The number 11 forced Bernardoni to push the ball back to Lucas Da Cunha, who failed to hit the target from inside the Angevins' six-yard box (72').

This time the Gym didn’t concede from the SCO’s first shot of the half. The first of these came from a pass from Brahimi, but Boufal was denied by Dante (82’). Claude-Maurice managed to hit an overhead kick just over (85’). As against Lyon the previous weekend, Nice believed until the end. In added time, Delort was Nice's saviour this time (90+2', 1-2). The striker scored a sublime brace to give the Rouge et Noir a deserved three points. 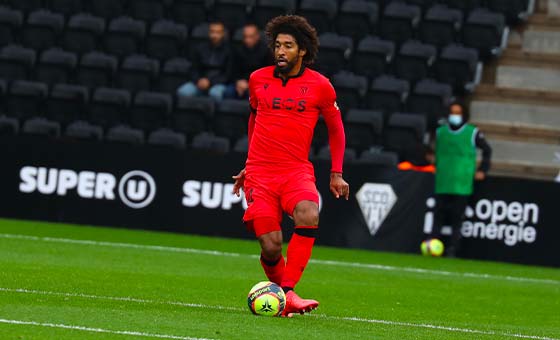 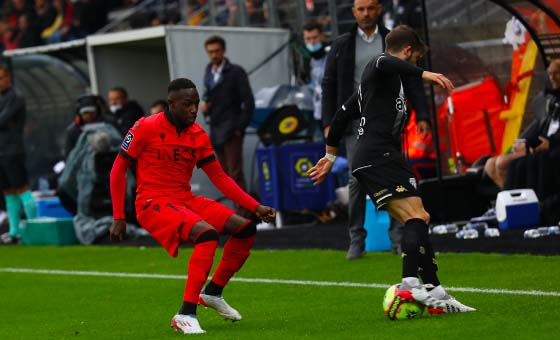 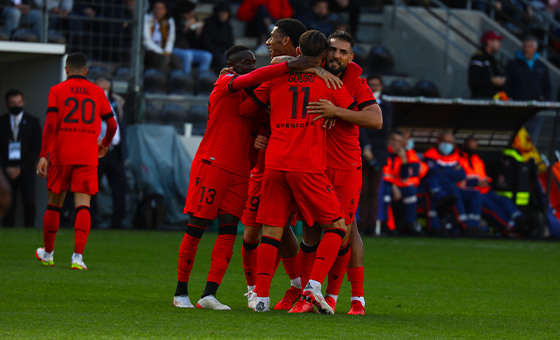 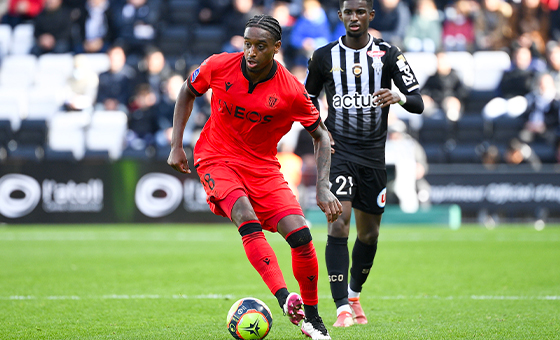 Crédit Agricole PCA Aiglon of the Match for the win at Angers: Delort, of course!

Crédit Agricole PCA Aiglon of the Match for the win at Angers: Delort, of course!

Galtier: 'because we have this desire...'

Galtier: 'because we have this desire...'

Guessand 'out for several weeks'

Guessand 'out for several weeks'