OGC Nice won 2-1 against Stade Brestois on Saturday as part of matchday 9 of Ligue 1. The Aiglons can look forward to the international break with peace of mind thanks to goals from Todibo and Bard, which rewarded a controlled performance from Chistophe Galtier's men, despite the fact that Brest reduced the deficit at the end of the game.

After two away trips with mixed results, OGC Nice were back at the the Allianz Riviera on Saturday, OGC Nice were back in action, along with some of their fans. Against a Brest side that had been looking for their first win of the season, OGC Nice had to make do with the fact that they only had some of their supporters. The Aiglons had their opponents on the ropes from the outset and were rewarded with Jean-Clair Todibo's second goal in red and black just before half-time (45’).

The Nice were clear from the off at the Allianz Riviera. The Aiglons tried to take advantage of Brest' uncertainty, brought on by their poor start to the season, and began quickly attacking their opponents' area. Very quickly, the desire, the commitment and the technical quality were there, and Brest were being suffocated by an incredibly intense press. The start of the match was highlighted by two moments of quality from Marco Bizot, who excelled against Delort. A free kick from Calvin Stengs (11') and a Jordan Lotomba run (17') forced the Dutchman to make saves.

Delort was denied but the waves of Nice attacks kept on coming. But neither Stengs, who was very active between the lines (2', 17', 24', 39'), nor Dante (12'), or even Gouiri, who was caught by Bain on the edge of the six-metre box (10'), were successful. The first half-hour was physically exhausting, and Gym left some space which Franck Honorat tried to take advantage of. His lay-off to Haris Belkebla created an opportunity to shoot. But Dante blocked it (32'). Gym then strengthened their grip on the game. And they ended up being rewarded. After a corner, Jean-Clair Todibo took advantage of a mishap by Bizot to finish a few metres from the line while Gouiri and Delort were also on the lookout (1-0, 45').

In the second half, the defender was again the source of the first chance. With Delort and Stengs, he took part in a move that ended at the feet of Gouiri, whose curled shot was pushed away by the Breton keeper (47'). In the 55th minute, Bizot had to rely on his bar to block Stengs' attempt, and then an effort that went just wide, from Gouiri's rebound. But, as in the first half, the Aiglons continued to press without being too eager. This time, it was Melvin Bard who made the breakthrough from a Gouiri cross (62, 2-0). But the home side were not scared until added time. The match went into added time, with the Allianz Riviera hoping for a third goal, which was eventually disallowed for an offside position by Lotomba (90'), but Brest reduced the deficit through Honorat (90'+2).

OGC Nice have now won for the second time in a row and are provisionally on the podium before the end of matchday 9. They can now look forward to their trip to Troyes after the international break (17 October at 13:00).

The win in pictures 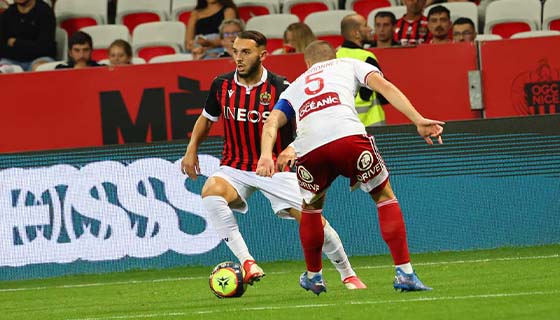 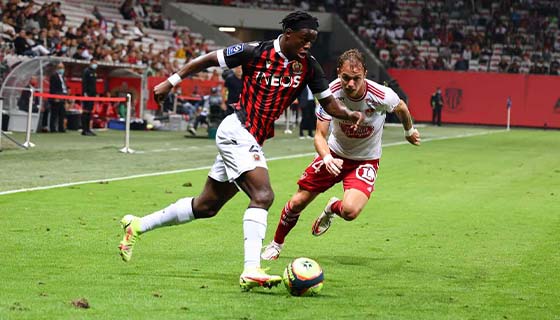 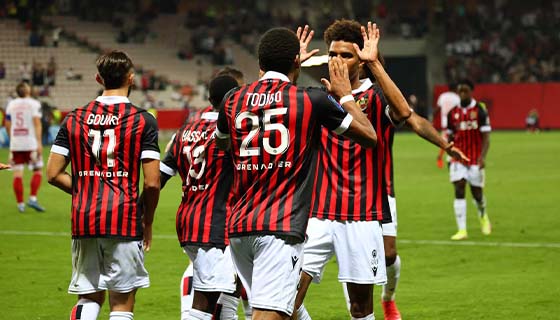 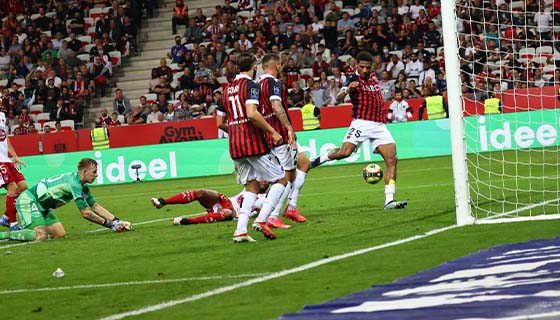 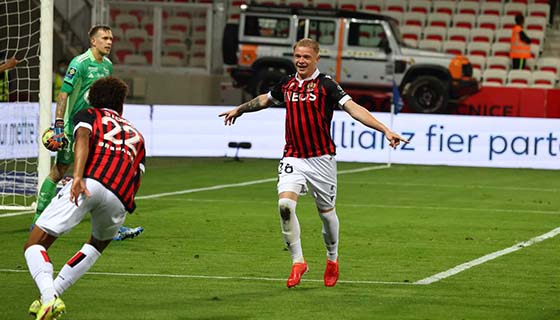 Le Gym on the podium!

Le Gym on the podium!

Galtier: ‘I liked the manner of the victory'

Galtier: ‘I liked the manner of the victory'

Dolberg and Boudaoui back for Brest

Dolberg and Boudaoui back for Brest