The gym bounce back against les verts

In their third match in under a week, the Gym won at Saint-Etienne in the 8th matchday of Ligue 1 after an exciting and well controlled game (0-3). Thanks to goals from Gouiri (15'), Stengs (54') and Delort (83'), the Aiglons dominated les Verts at Geoffroy-Guichard and reacted well after two games without a win in the league.

It was necessary to show character and the Aiglons did so. Three days after a frustrating trip to Lorient (1-0) which ended in a first defeat of the season, the Aiglons travelled again this Saturday. Away to Saint-Etienne who were looking for their first win of the 2021-22 season, the visitors quickly grabbed hold of the game. And they were quickly rewarded with a goal from Amine Gouiri's free-kick (15'), and then showed togetherness as they extended their lead, through Calvin Stengs (54') and Andy Delort's eye for goal (84').

For his return in front of his former fans, Christophe Galtier made four changes. Flavius Daniliuc started at centre-back, Mario Lemina returned to midfield after his suspension, Hassane Kamara was given the task of marauding down the left flank, just higher than Melvin Bard, and Calvin Stengs replaced Justin Kluivert. The left-back, a winger at Saint-Etienne, quickly put his mark on the game with his ability to run into space. After a nutmeg from Amine Gouiri, Khephren Thuram slipped a good ball to Kamara who hit the first shot of the match (2'). This attempt set the tone for the first few minutes, which were dominated by Nice, who were hungry for every duel.

After a long-range effort from Delort (5'), Stefan Basic was once again decisive after a double chance from Kamara and then Gouiri, his teammate with Les Bleuets (7'). Saint-Etienne’s defence was finally breached on the 15 minute mark. A long-range free-kick from the Gym's top scorer found Mahdi Camara, whose deflection went into his own net and freed the Aiglons (15', 0-1). The number 11 scored his fifth goal of the season. A quarter of an hour later, Gouiri and Bajic were again one on one. This time the Saint-Etienne keeper managed to push back the attempted cross from the striker, who was well put through by Delort (34'). As the minutes went by, Claude Puel's ASSE settled in higher up the pitch and looked dangerous. In the second half, Bard kept out a header from Harold Moukoudi (41') and Benitez won a free kick (45').

After the break, Claude Puel introduced Ryad Boudebouz and Arnaud Nordin and changed the system. But these adjustments did not change the course of the game. After Bajic denied Stengs for the first time (48’), the Dutchman was able to get the better of the keeper a few moments later. Thuram intercepted a poor pass from Saint-Etienne and played a pass through to Stengs, who was able to curl the ball home and score his first goal in France (54', 0-2).

The home side, spurred on by further changes, were getting closer to scoring past to Benitez. The home side even thought they had a penalty when Khazri was brought down by Daniliuc before the video assistant referee called it back for the Tunisian's offside position (62'). They carried on pushing but were met with a solid Nice defensive block with an impressive Pablo Rosario. The introduction of Lucas Da Cunha and Jordan Lotomba was also a big help. The winger was sent in behind by the latter and played a delightful ball into Delort, who scored from close range and was decisive for the fourth time as an Aiglons (83', 0-3).

The Gym are back to winning ways in the league after two poor results and recorded a fifth clean-sheet in seven games. Coach Galtier and his players will host Stade Brestois next Saturday (21:00). A match that will mark the return of the fans to the Allianz Riviera after two games behind closed doors.

The win in pictures 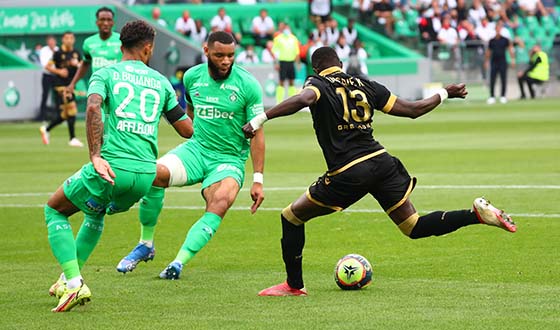 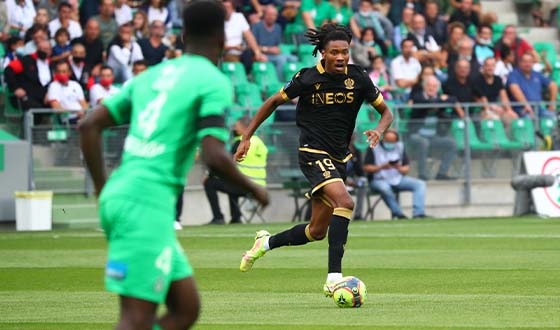 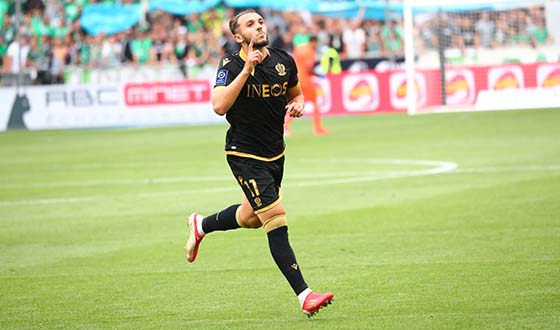 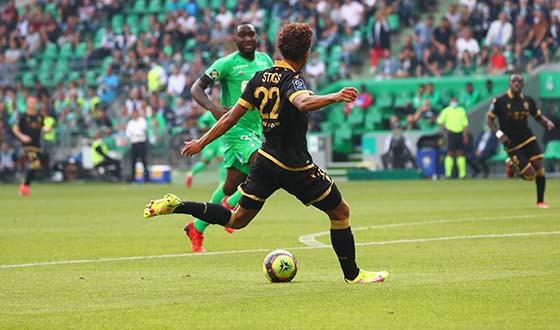 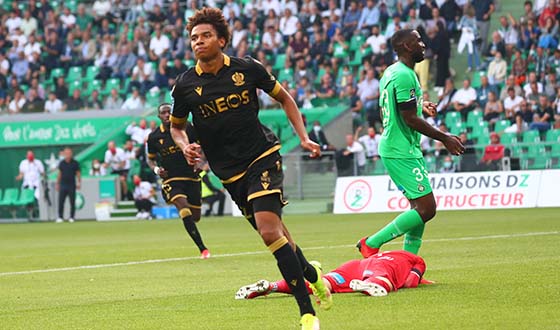 Claude-Maurice back, three out at Saint-Etienne

Claude-Maurice back, three out at Saint-Etienne