After an international break that came on the back of an excellent victory over Bordeaux (4-0), OGC Nice were back in Ligue 1 action on Sunday as they headed to Nantes. During an extremely tight match, Le Gym dug deep in the first half before finding a way through the yellow and green block in the second thanks to Dolberg (75') and Gouiri (80'). Les Niçois made it three wins in four outings in the league (0-2).

Although they had shone at both ends of the pitch in August, Les Aiglons first needed to look to their defensive qualities, which they had already shown before the international break, in order to contain the home side who were driven forward by their wingers Moses Simon and Osman Bukari. Set-up in a 4-2-3-1, Les Nantais looked in strong form under the sun in the Loire Valley and ensured they set-up a difficult wall to bypass. Shaken slightly in the first half, bit by bit OGC Nice got the measure of their opposition and looked much more impressive in the second, before they beat Alban Lafont on two occasions thanks to the forward duo of Kasper Dolberg (75') and Amine Gouiri (80').

From the very get go, Antoine Kombouaré's side got the ball down and played and implemented an effective high press. The midfield duo of Mario Lemina and Pablo Rosario were frustrated and struggled to find Amine Gouiri and Kasper Dolberg. Despite Les Canaris' possession, it was Les Aiglons who created the first chance of the match. Melvin Bard cut into the middle and found Hicham Boudaoui whose strike missed the target (5’). After that, the men from La Beaujoire set themselves up in the Nice half and created several chances from set-pieces. Although Le Gym didn't manage to take advantage of several misplaced passes to attack on the counter, they did send shivers down the spines of the home side with a free-kick from Amine Gouiri. Les Aiglons' captain found the penalty spot, where Mario Lemina smashed the ball against the Nantes bar (33’). Nantes then reacted and also hit the woodwork through Randal Kolo Muani (45’). Before the U21 international Moses Simon hit the side netting after a smart cross from Bukari.

Following the break, the same 22 players returned to the pitch, but the shape of the match changed entirely. Le Gym found more space and the duels went largely in the visitors' favour. Consequently, Galtier's side created more and more chances and Les Nantais had less opportunities to visit Benitez's box. Shortly after the hour mark, the best Nice chance came when Boudaoui, who had been found by Dolberg, played to Gouiri, but the Frenchman was denied by Jean-Charles Castelletto as the goal seemingly opened up for the number 11. Nantes then had two further chances, including when Lemina was forced to save Les Rouge et Noir on his line, before Dolberg found the back of the net with his chest after Bard's cross into the box (75', 0-1). In the minutes that followed, as Andy Delort played his first minutes in red and black, he quickly made a difference. His one-two with Gouiri, saw the number 11 slip the ball under Lafont to score his 20th goal for the club (80', 0-2). With a two goal lead, Les Azuréens held on for the final minutes and Gouiri came close to another goal after some incredible skill beat Corchia.

Le Gym made it three wins in four, with a fourth clean sheet of the season. They will host Monaco next Sunday (1pm). 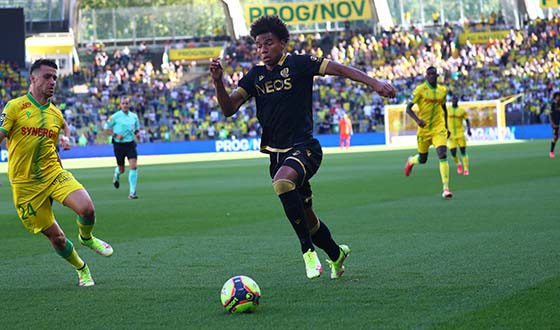 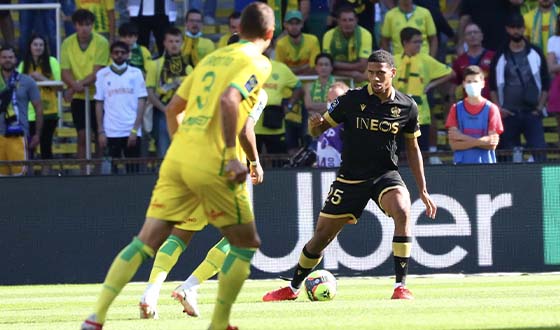 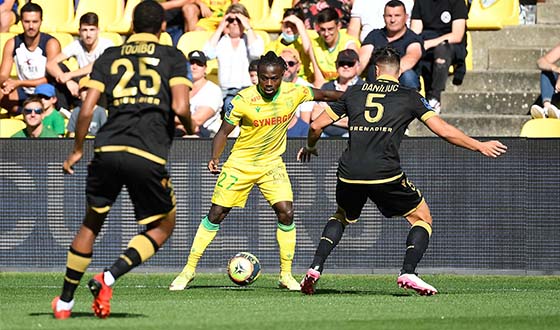 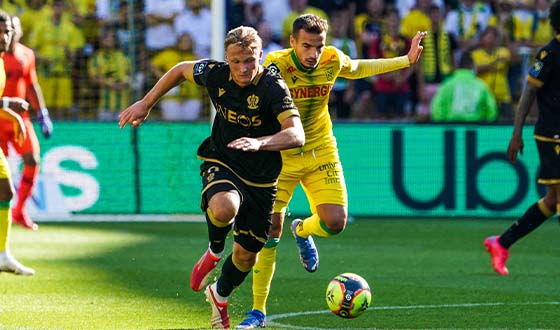 For Nice, the danger comes from everywhere

For Nice, the danger comes from everywhere

All the key stats from the 2-0 win at Nantes

All the key stats from the 2-0 win at Nantes

Galtier: "We avoided the worst"

Galtier: "We avoided the worst"

The internationals are back ahead of the game in Nantes

The internationals are back ahead of the game in Nantes

Next stop, away at Nantes!

Next stop, away at Nantes!