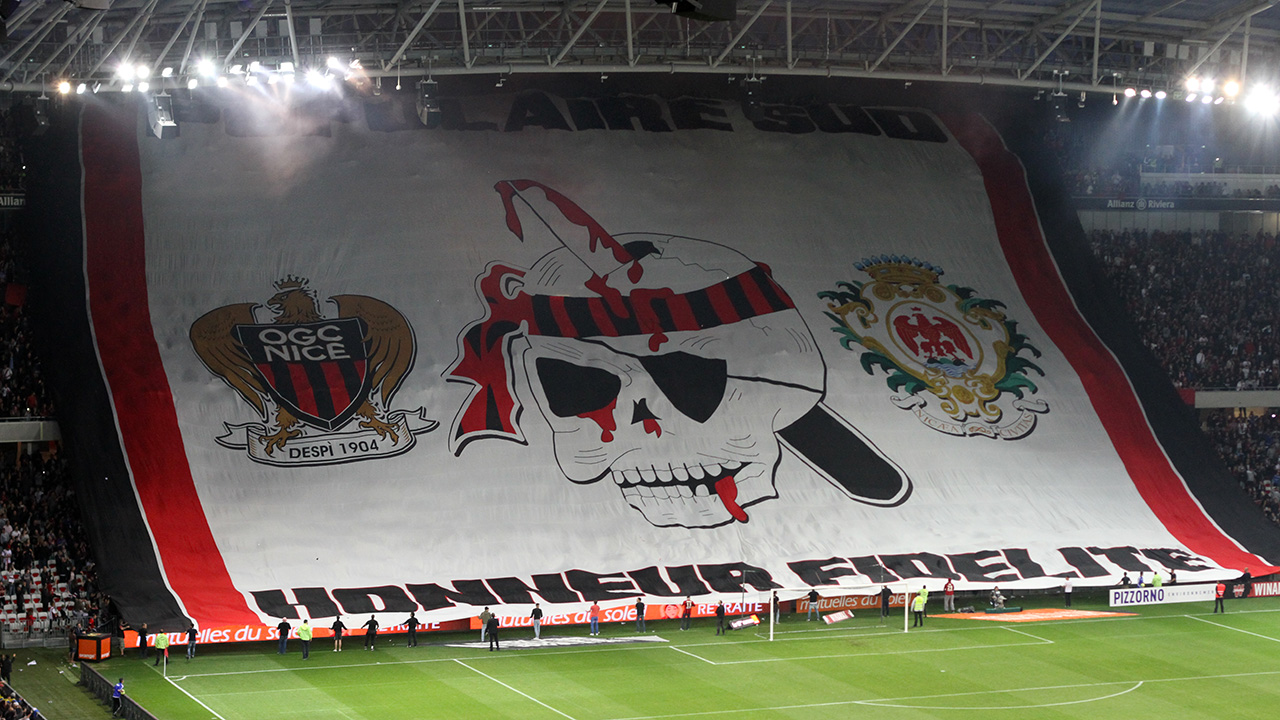 Since 2013, its voice has filled the Allianz Riviera.

The 'choir' breathes life into the stadium each and every time Les Aiglons take to the pitch.

'Everywhere and always', including when they are needed in the community, the 'Pop' follows OGC Nice across the country and Europe. The group also owns its own headquarters in front of the old Stade du Ray.

The group broke the 5,000-members barrier in 1952, the year of the double. Previously to be found in the Première Sud stand of the Stade du Ray, it has congregated in the Garibaldi stand since Le Gym moved to the Allianz Riviera.

A loyal supporter of the Club, both at the stadium and in activities away from the pitch, the CDS also excels in the sale of merchandise, most notably at its boutique located at bis rue Arson.

The Ultras Briganti can be found right at the heart of the Allianz Riviera's Ray stand, opposite the Populaire Sud.

Direct successors of the Secioun Ray, created in summer 2018 "to breathe new life into the Ray stand" following the ARN's dissolution in 2017, the Briganti also forms part of the travelling support at away games. It is likewise quick to mobilise for off-pitch activities, such as its collection to help health workers during the Covid-19 crisis. 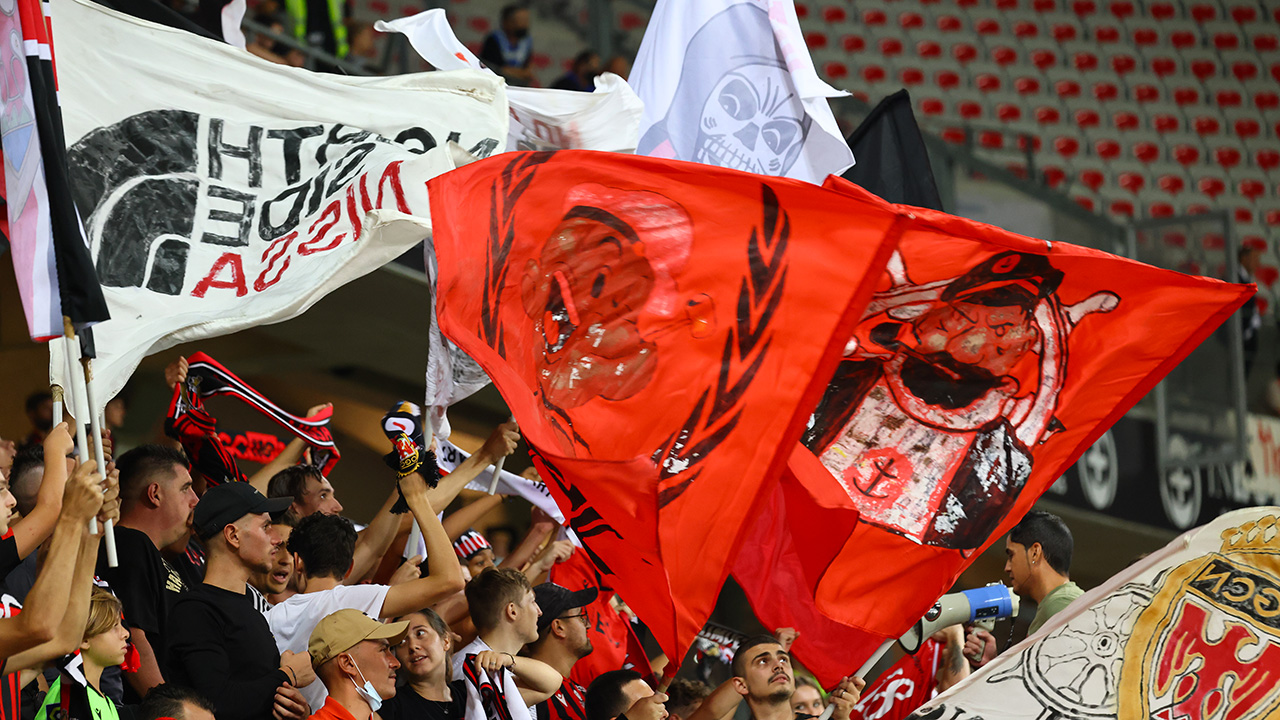 The newest group at the stadium, the North Side Nice was created in 2019/20.

Since the start of the 2021/22 campaign and the return of supporters, an alliance has been forged in the north end of the ground, with North Side members now raising the volume alongside the Ultras Briganti.

Its members also travel to away games and participate in efforts away from the pitch (notably during the Covid-19 crisis). 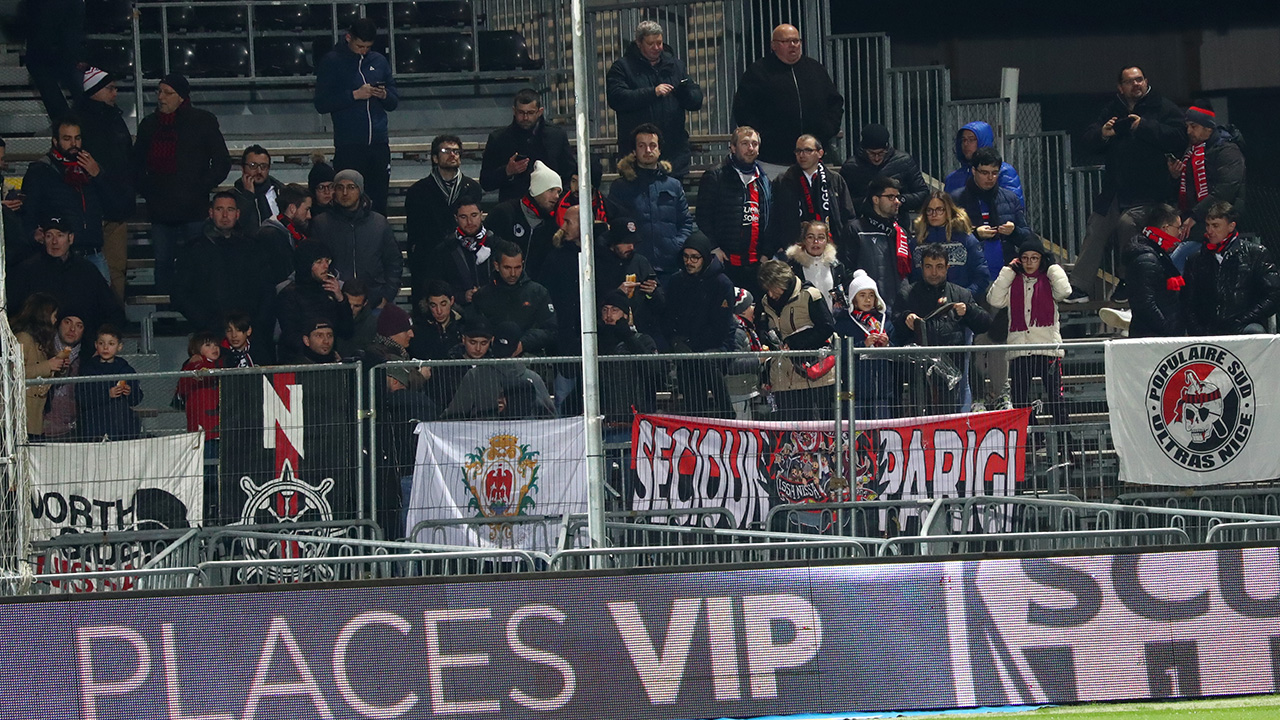 The Secioun Parigi brings together Nice supporters living in the Paris region and its surroundings.

The group is an ubiquitous presence whenever Le Gym are playing in the north of France. It also attends European away games and can be found at the Allianz Riviera for certain matches.

Although the Secioun Parigi was only formed in 2013, other 'expat' fans united in the years before to support Les Rouge et Noir. At the start of the 1990s, the 'BSN Parigi' – affiliated to the now dissolved BSN – also followed Les Aiglons, among others, in their away trips to the opposite end of the country. 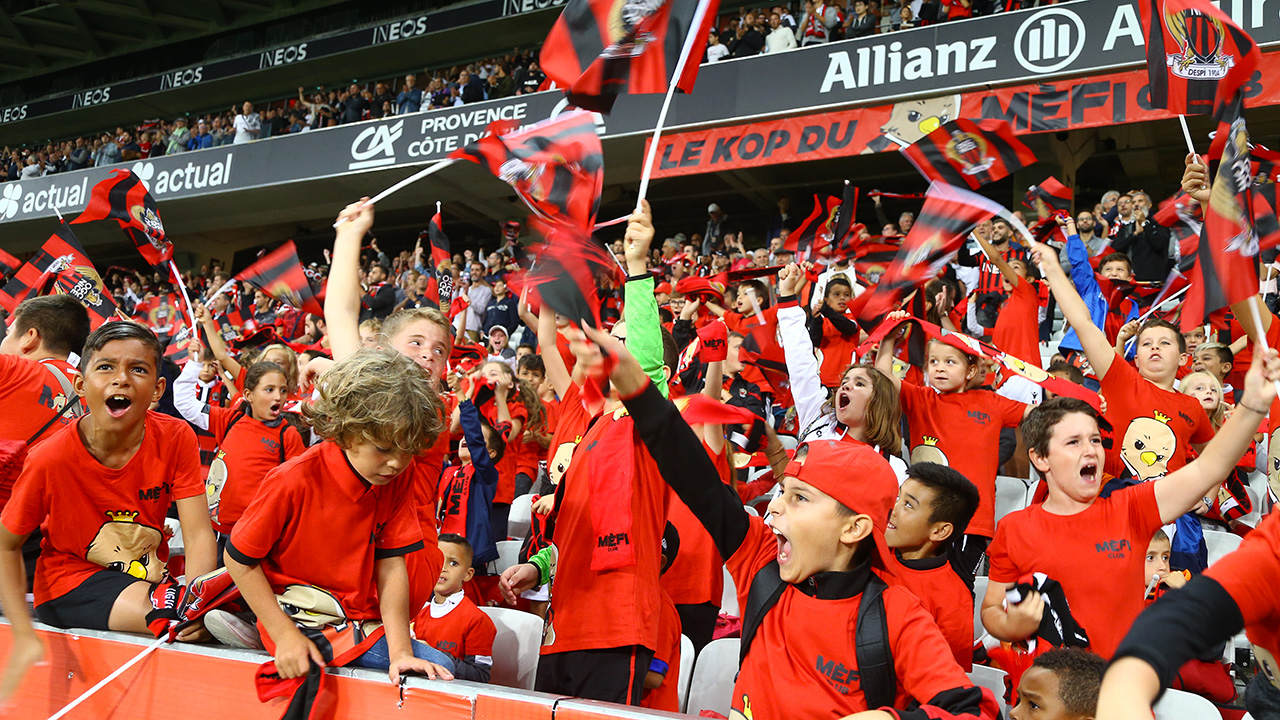 The Kop Mèfi Club first appeared during the 2019/20 season and is now a fixture in the Allianz Riviera landscape. Congregating at the heart of the Garibaldi stand, it brings together supporters under the age of 12 who are members of the Mèfi Club, which is dedicated to young fans. The youngsters energise the stand and support Les Aiglons with passion during every home fixture, all the while being close to their parents and supervised by OGC Nice personnel.

The Mèfi Club's young fans have also backed Le Gym beyond the Allianz Riviera, having taken part in the away trip to Toulouse on 15 February 2020.