Between 2012 and 2015, OGC Nice was the Club Ambassador for the Special Olympics, the biggest charity in the world for the promotion of sport for intellectually disabled persons, operating in more than 160 countries.

The partnership between the two entities was first launched via Adapted Football events for youngsters receiving treatment in the region's Medical-Educational facilities, who enjoyed special days playing football alongside the kids from the youth academy. In addition, United Football events enabled mixed teams of abled footballers and Special Olympics footballers to play together in a tournament at the club's facilities. The partnership then reached a new level with the "En Route for Los Angeles 2015" project.

OGC Nice participated in the Special World Games, which takes place every two years, alternating between summer and winter, working on the same principles as the Olympic Games and bringing together nearly 7,000 intellectually disabled athletes from 160 different countries.

For two years, an OGC Nice team comprising young players (under 21 years of age) from the entire region, and with Timothée Kolodziejczak and later Jordan Amavi as player-patrons, prepared for the event under the guidance of coach Eric Bustamente. The result? A superb adventure with many incredible memories and a competition that ended with a third-place finish that saw the team return to Nice with a bronze medal around each neck.

The initiative caught the imagination of the nation and saw OGC Nice receive the Professional Club award from Football Found'Action at the Philippe Seguin Trophies, as well as the special jury prize from LFP-UCPF-FDJ, for events created for the fulfilment of disabled people through sport and stadium experiences. 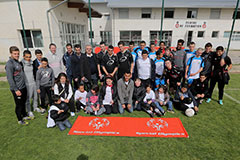 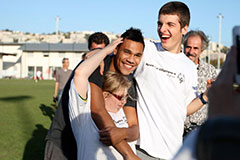 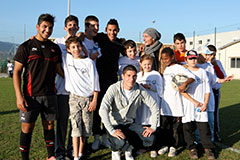 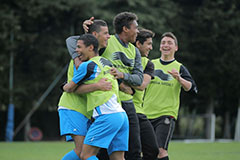 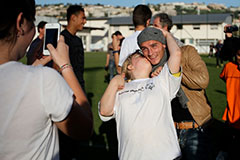