OGC Nice has been in partnership with the 'Les Papillons' (The Butterflies) association since 2020/21, joining the fight against child abuse.

The 'Les Papillons' association aims to fight against child abuse. The goal is to install letterboxes in all schools and sports' clubs so that children who are subject to any sort of abuse can contact the association if they feel the need and so find the support they require.

Since 'Youth work' is one of the principal themes of its social policy, OGC Nice quite naturally joined the project. A letterbox was installed at the OGC Nice School of Football, while a campaign to increase awareness of the letterbox has been launched for all those who attend the school. 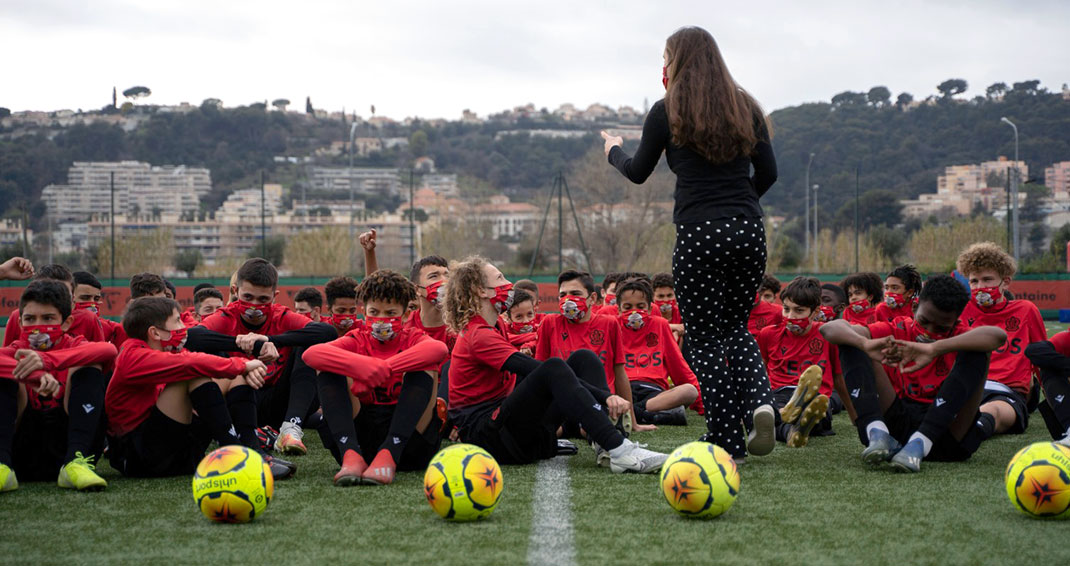 OGC Nice is the first professional football club in France to participate in the initiative, and also has the first such letterbox installed in the Alpes-Maritimes region.

The association also has a special ambassador, Morgan Schneiderlin. "I'm proud to be an ambassador for 'Les Papillons'. I'm a father, and my children are what is most dear to me in the world. Protecting children is a cause that deeply touches me. We have set up a letterbox here at OGC Nice to help children who suffer abuse to speak up."

Virginie Rossetti, OGC Nice Communication and Brand Director: "When we were contacted by the association, we didn't hesitate a single second. We feel it's essential to combat child abuse, and it seemed clear for us that we should associate ourselves with this cause. It's our duty to make the letterboxes as widespread as possible in order to allow children to speak up."

Laurent Boyet, Les Papillons' President: ​"It's often difficult for a child to speak up. That's already the case for an adult. To write down the bad things that have been done to you is to start easing the weight of shame each child feels when they're a victim.

"What better ally than the biggest football club in the city to feel confident when you're a child? The partnership with OGC Nice is a critical step for our association. It's the result of the club's unflinching determination to help children as soon as they learned of what we were doing. They're an example to follow for all the other big clubs in France across every sport.

"We are immensely proud of being able to write a new chapter in our history alongside OGC Nice, a historic Ligue 1 club, and we're sure the Eagle will give strength to our Butterflies."