As we are into the final days of the international window, we have a look at what awaits our Aiglons in their final matches for their national sides. Of the 7 Aiglons who are away with their national teams, only Thuram doesn't have a match on the agenda in this second week.

Two days after wearing the Austrian U21s shirt for the first time (and the captain’s armband) in the convincing victory over Saudi Arabia (10-0), Flavius Daniliuc played for his national side in a second friendly. Once again captaining his side, he was the only Austrian to play the full 90 minutes during the 2-0 win over Poland. 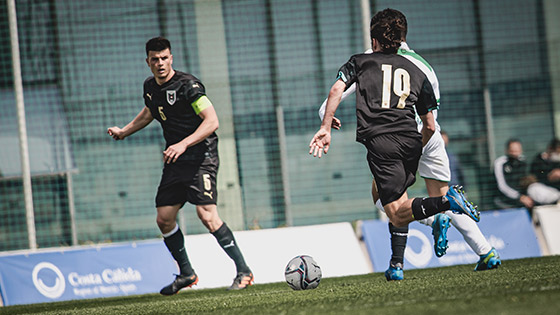 Kasper Dolberg, in Austrai aiming for a 100% record

On Wednesday, Dolberg and the Danish international side head to Austria (20:45) for their third and final match this international window in World Cup 2022 qualifiers. For now, Kasper Hjulmand's side have 6 points and top Group F after winning against Israel (0-2) and against Moldova (8-0). Against the Moldovans, the Gym forward scored twice. 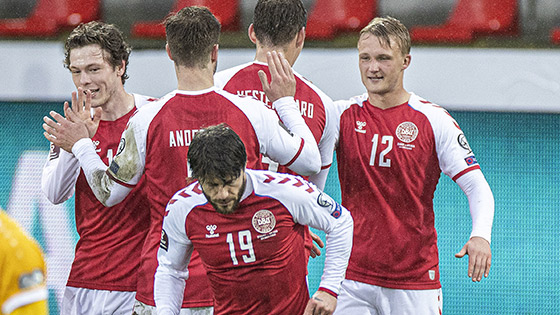 Gouiri and Claude-Maurice, win in order to qualify

It's the 3rd and final group match for Les Bleuets in the first round of the Euro Under-21s championship. Beaten by Denmark in their opening game (0-1), the young Frenchmen reacted well by beating Russia (2-0) on Sunday evening. In their final game this international window, Sylvain Ripoll's side take on Iceland on Wednesday (18:00). 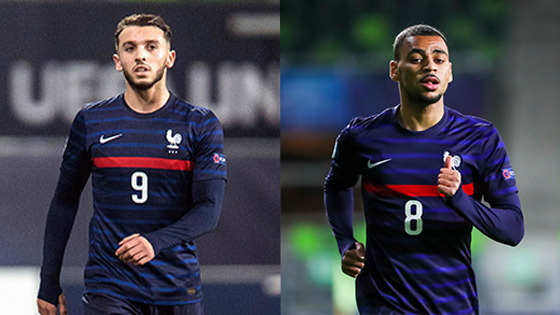 Should they win, the Under-21s will qualify for the final phase that will take place at the end of the season (from May 31 to June 6). A starter in the first two matches, Amine Gouiri has played 159 minutes while Alexis Claude-Maurice played for the U21s for the first time when he played 20 minutes in the second game.

Lotomba and Ndoye playing for qualification

Jordan Lotomba and Dan Ndoye also have one final match to play in the group stage of the U21s European championship. And as for the French, it's a decisive match in terms of qualifying. Up against group leaders Portugal, the Swiss will qualify with a win after beating England (1-0) and losing to Croatia (3-2). The Swiss full-back, captain in the first game, has played the two matches in full, while the forward, who has played 110 minutes, scored the goal against the English. 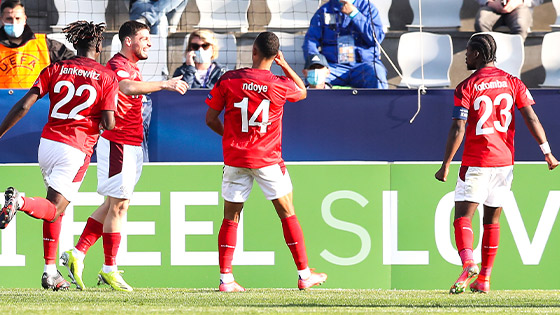 No more games for Khephren Thuram and the U20s

At Clairefontaine with the France U20s during the international window, Khephren Thuram played the whole match in the only game on the agenda for the young Frenchman, against Le Havre on Saturday (a 3-1 defeat).