Billal Brahimi was praised by Christophe Galtier at the end of the match and was also acclaimed by the Nice fans, who made him their Crédit Agricole PCA Aiglon from the derby loss to Monaco (Matchday 33, 1-0). A just reward for a successful first start for the Gym.

He was one of Christophe Galtier's bold choices for the derby. After eight substitute appearances, Billal Brahimi, who arrived in Nice this winter, made his first start in the red and black shirt this Wednesday in the Principality. The former Angers player was not afraid to make his presence felt on the left side of Nice's midfield in this high-stakes derby. He was available, unselfish, and engaged in a fierce battle with Aguilar. He took advantage of the space, took shots, had 50 touches and made a difference with his runs and his impact. He was the most fouled Nice player (5), and was at the heart of several of the Gym's best moves (making 3 passes leading a shot). 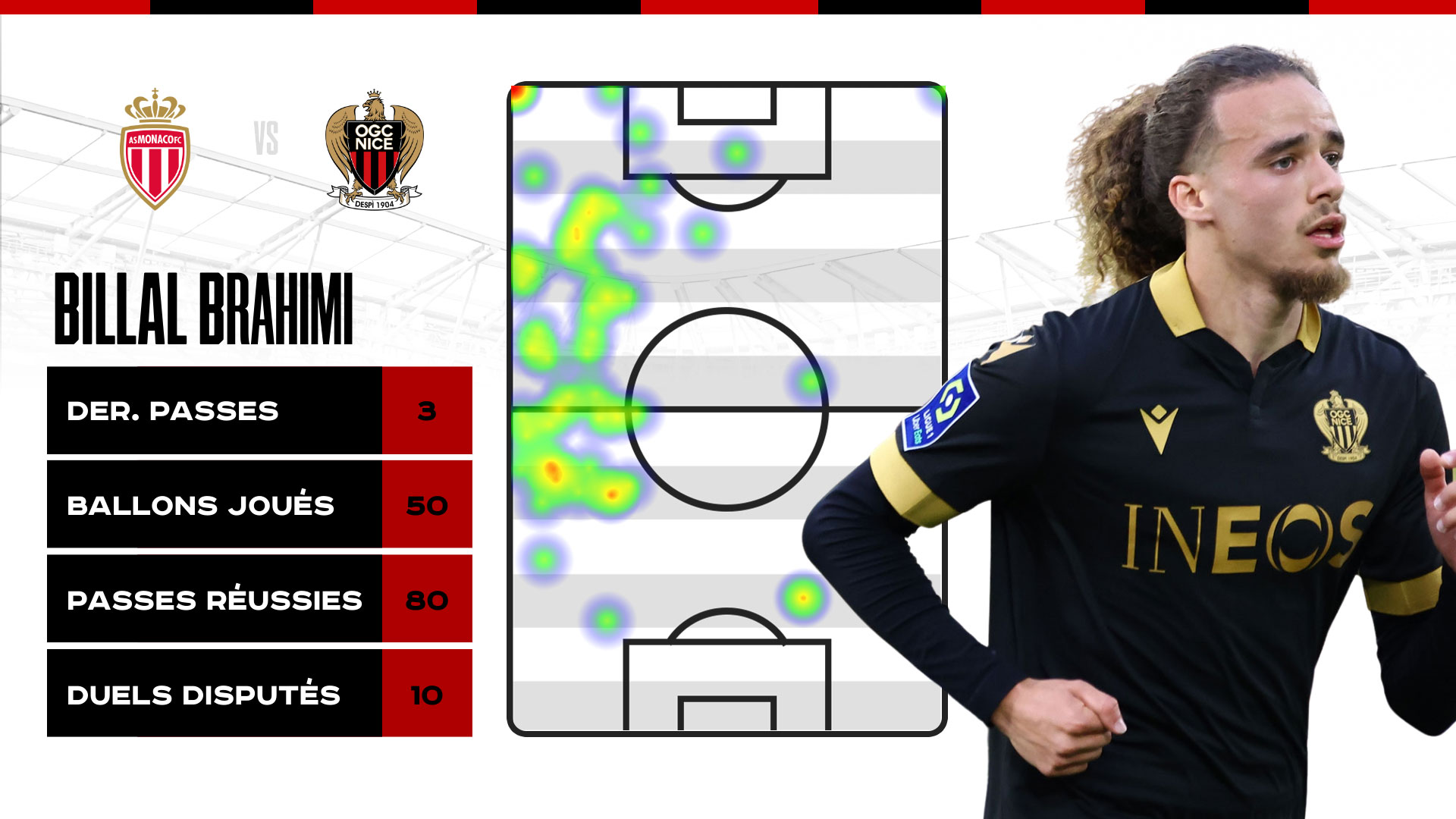 He was also the man who took the corner that led to Lemina's unmarked header in the first half. He played well in his first start, working hard, being unselfish in his defensive efforts but, above all going forward, said Christophe Galtier. He created a lot of chances, both combining with others and running in behind.” On Wednesday, Billal Brahimi received 55% of the votes. 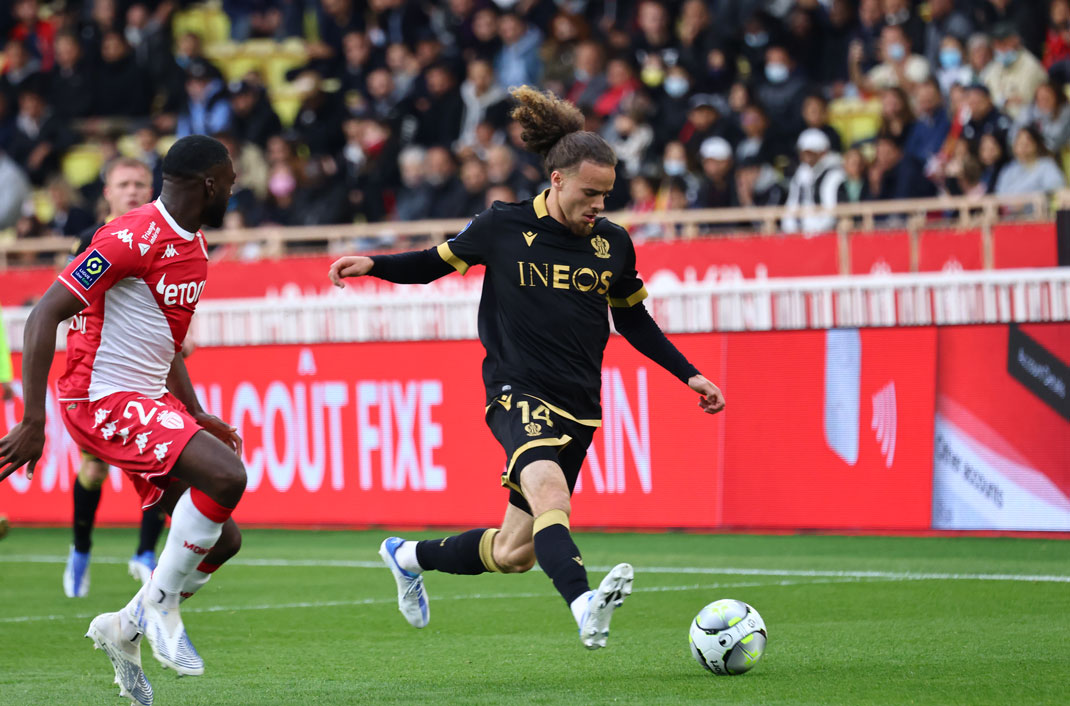 He was ahead of Khephren Thuram, once again impressive in midfield (11% of the votes) and Jean-Clair Todibo (5%), solid in the centre of the red and black defence.

The highlights of the derby

The highlights of the derby

The medical update ahead of the derby

The medical update ahead of the derby

Monaco away set for Wednesday 20th April at 7pm

Monaco away set for Wednesday 20th April at 7pm