A game against ac milan to close out pre-season

For their sixth and last pre-season match, OGC Nice faced AC Milan on Saturday evening. At home, the Gym also met their season ticket holders to whom the match was dedicated, while a stand was also reserved for the medical staff. The Aiglons had a good start to the match and opened the scoring through Amine Gouiri's penalty before conceding an equaliser by Olivier Giroud.

It had been 511 days since the Rouge et Noir fans had brought their support to the Allianz Riviera. They hadn’t been in the ground since that derby in March 2020, and the change in scoring at the very end of the match. This Saturday, the season ticket holders were back at home in a match dedicated by the Club to its most loyal supporters, while a stand was also reserved for the medical staff supported by the OGC Nice Fund. The fans were great throughout this gala match against the seven-time Champions League winners.

On the pitch, the Aiglons, including Pablo Rosario and Justin Kluivert, who were making their first steps with Nice, were in the ascendancy in the early stages. Driven by the energy coming from the stands quickly found space in the Milan defence. With Amine Gouiri looking dangerous on the ball, and Kluivert did too, the Gym created the best chances in the first half. The number 11 even was denied by Mike Maignan's left-hand post from a free-kick that he won himself (24'). A Milan defender's leg denied Lucas Da Cunha, who had been well set up by Kluivert (33'). The young man from Nice, who spent last season on loan at Lausanne, was again on show in the 39th minute. The winger broke through before trying his luck. He then had an effort that deflected off the post and went narrowly wide of the goal.

At the start of the second half, the Gym with Kluivert and Myziane back, saw AC Milan come back with different intentions. The Aiglons were solid, with Jean-Clair Todibo but they did not give in and resisted the Milan revival. Even better, Dan Ndoye made it into the area and won a penalty for Amine Gouiri. The Gym's top scorer last season scored his first goal in pre-season (1-0, 59'). But the lead was short-lived as Nice conceded from a set-piece. It was the first time that Olivier Giroud had come on as a substitute, and he headed the ball into the net for the Italian runners-up (1-1, 65'). Christophe Galtier and Stefano Pioli made a number of changes and Mario Lemina got his first touch of a ball for OGC Nice, while Jordan Lotomba made his return. Nice and Milan drew 1-1 with a week to go before the start of the Ligue 1 season.

The Rouge et Noir will start their campaign against Stade de Reims next Sunday (kick-off 15:00), in front of even more fans at the Allianz Riviera.

THE MATCH IN PICTURES : 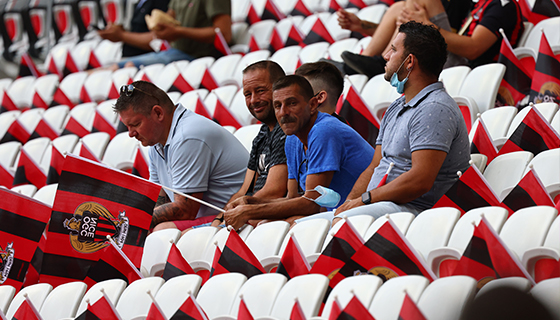 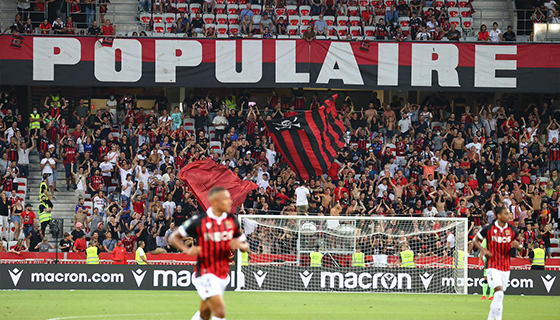 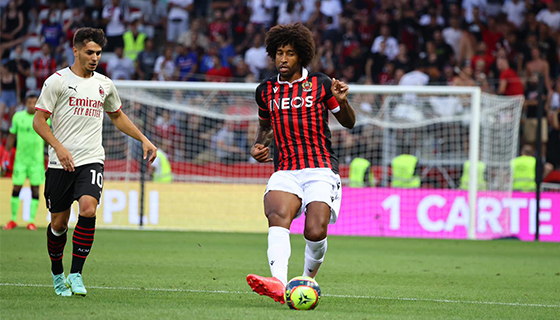 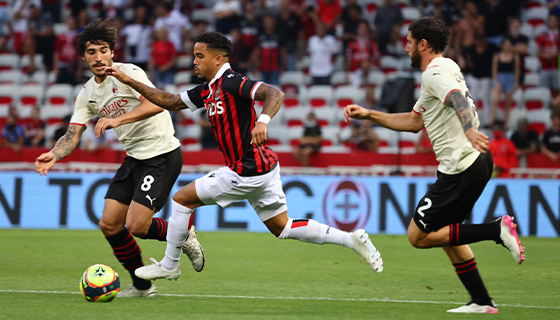 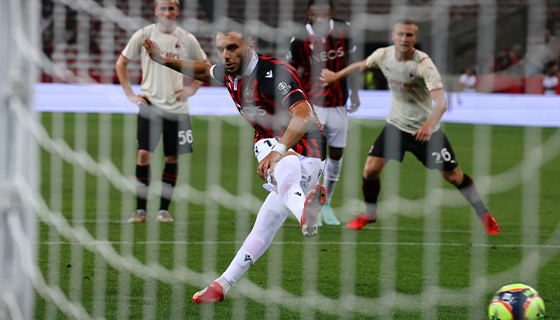 The highlights of Nice 1-1 Milan

The highlights of Nice 1-1 Milan

Galtier: “It was better”

Galtier: “It was better”

20 Aiglons in the squad for Nice - Milan

20 Aiglons in the squad for Nice - Milan