Marseille and Nice played out a 1-1 draw in Troyes on Wednesday evening as they played out the matchday 3 derby, which was replayed after it was interrupted in August. Gouiri's early opener gave the Gym the lead (6’), but Payet's equaliser (43') at the end of a first half in which the Aiglons had the better of the chances, forced them to share the spoils. The Gym remain third in Ligue 1 ahead of tonight's opponents.

Two months after the derby between Marseille and Nice was interrupted with the Gym leading, the two sides met again in Troyes on Wednesday evening with second place in their sights.

Gouiri scored his sixth Ligue 1 goal of the season to put the Gym ahead, but the derby gradually became more balanced until OM equalised through Payet. The two teams were neck and neck in a second half that had fewer chances, but in the end neither side was able to get the winner.

Three days after a crazy victory against Lyon (3-2), the Aiglons kept the same ideas in the Aube and started the game with a lot of energy. And despite the absences of Dolberg (back in Denmark for personal reasons), Delort (not eligible), Stengs and Kluivert (injured), which reduced the attacking options and were more and more noticeable as the minutes passed.

From the beginning of the game, the Aiglons suffocated their opponents with high pressing. Christophe Galtier's men were quick to have a goal to show for their good start. Evann Guessand - a first-time starter for Gym, like Lucas Da Cunha - made his first run into the box in the sixth minute. This time his cross found Amine Gouiri, who scored from close range off the post (1-0). Youcef Atal soon alerted the Marseille defence again. A one-touch pass by Melvin Bard allowed the Algerian to get to the ball and hit a shot that was blocked by Duje Caleta-Car (11'). After that, Guessand failed to find the target (14').

The balance of power gradually shifted and Marseille began to settle on the ball more and more. The Gym carried on causing problems even in those moments of weakness. Gouiri, who was sent in by Atal, was denied by López (35') and then, from a cross from the right, Hassane Kamara, who was free, was unable to hit the target. Marseille were less dangerous than the Aiglons, but they were more effective when they got their first shot on target. Dimitri Payet was found by Gerson, who controlled the ball and then fired a shot into the goal (42').

The Provençal side came back on level terms and continued with the same intentions after the break. They pressed high, closed down spaces and tried to find openings in the Nice defence. The Gym then had to rely on a corner, obtained by Guessand. Da Cunha found Todibo, whose deflection was almost turned in by Dante, who was beaten to the ball by López. Guessand was forced to make way for Mario Lemina after suffering an ankle injury in the process (51'), which put Khephren Thuram further forward. The second half was less lively, but just as contested, with little in the way of goals from either side. Both Nice and Marseille remained in the same position in the Ligue 1 standings, with Gym retaining third place. 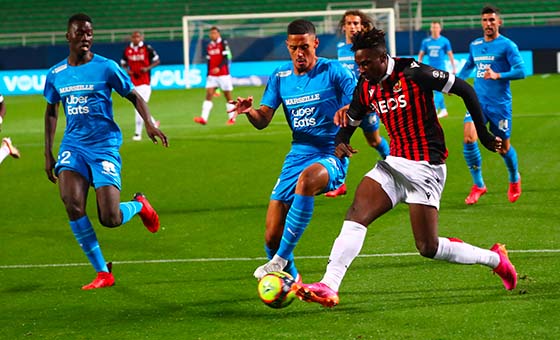 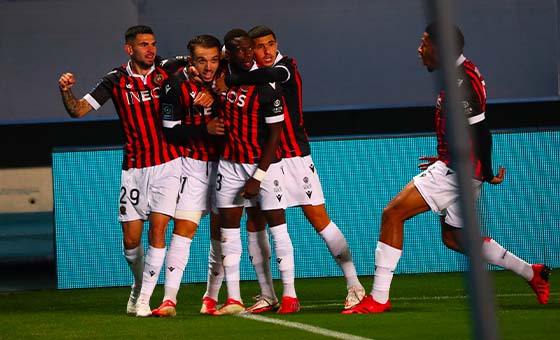 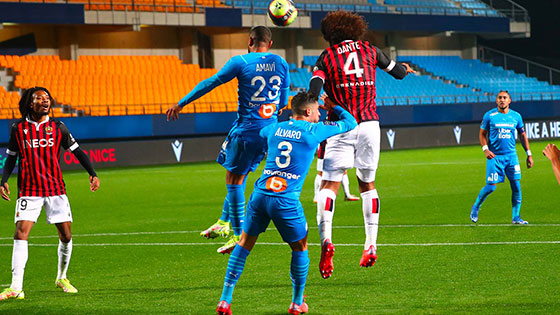 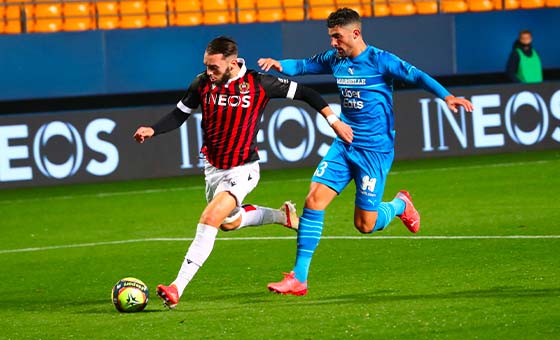 Galtier: 'Disappointed for the boys'

Galtier: 'Disappointed for the boys'

Nice - Marseille to be played in Troyes

Nice - Marseille to be played in Troyes