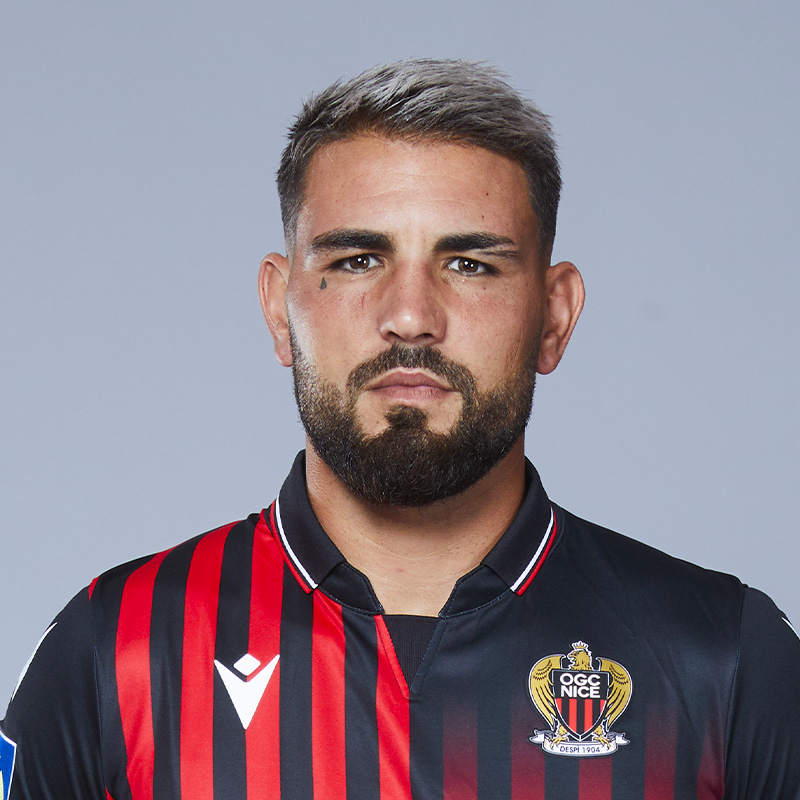 A powerful forward who can score and assist goals, Andy Delort signed for OGC Nice on 28 August, 2021 with the aim for him to add his experience and temperament to a fresh-faced squad as well as provide additional competition for places up front. He certainly hit the ground running as he scored twice and set up a further two goals in his first five appearances.

The Algeria international — part of his country's victorious Nations Cup squad in 2019 — joined Le Gym after three successful seasons at Montpellier, whom he eventually captained. After coming through at Sete and AC Ajaccio, Andy has also played for Nîmes, Tours, Wigan, Caen, Tigres in Mexico, Toulouse and Montpellier, and will now bring that experience to Le Gym "in my definitive version, after all those updates", as he himself described it.

In the Rouge et Noir colours, the forward is doing even better. His power, his fighting spirit and his efficiency quickly made him a fan favourite. The number 7 finished the season with a bang as he scored 11 goals between January and June 2022, taking his total to 20 (2 at Montpellier, 16 in Ligue 1 and 2 in the Coupe de France with Le Gym). In addition to this, the Algerian international scored his first Ligue 1 hat-trick 1 in the final match of the season at Reims (3-2), securing a  European spot for his side. The scorer was deservedly voted Crédit Agricole Aiglon of the Year by the supporters.

Andy Delort, who else?

Andy Delort, who else?

Delort, here's why we ADORE him

Delort, here's why we ADORE him

Delort is your Aiglon of the Year!

Delort is your Aiglon of the Year!

Delort ends the season with a bang!

Aiglon of the month

Delort ends the season with a bang!

All you need to know about Delort’s hat-trick

All you need to know about Delort’s hat-trick