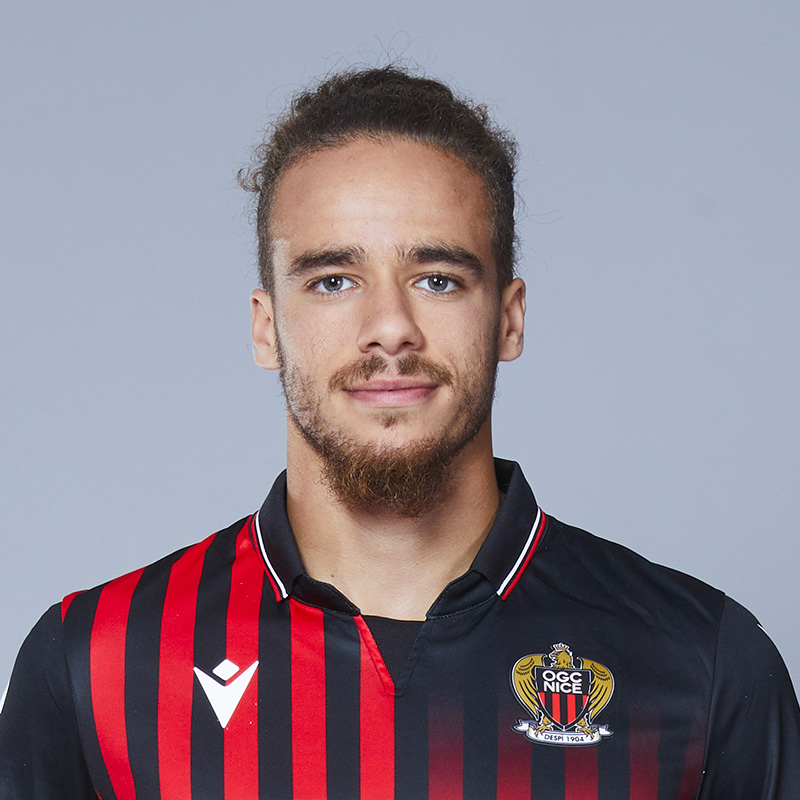 After looking to bolster their attacking threat on the flanks, Le Gym has brought in the left-footed winger, who can play on either side (and also through the middle). The Villepinte-born forward, who is packed with potential, had been part of the Angers squad since the start of the season, featuring in eight L1 games (1 assist). He was involved when Nice beat Angers 2-1 on 31 October.

Powerful, technical and with an ability to get forward, Brahimi was at the Middlesbrough youth academy before returning to France at Reims in 2019. He had a breakthrough season on loan at Le Mans last season, netting 12 goals and registering 10 assists in 34 matches in France's third tier.

After joining Le Gym in the winter transfer window, Brahimi made 15 appearances for the Red-and-Blacks. The winger provided an assist for Andy Delort at Reims on the final day of the season to qualify the club for European competition. At the end of the season, he was also called up by Algeria, earning his first cap against Uganda in June 2022.

AIGLON OF THE MONTH