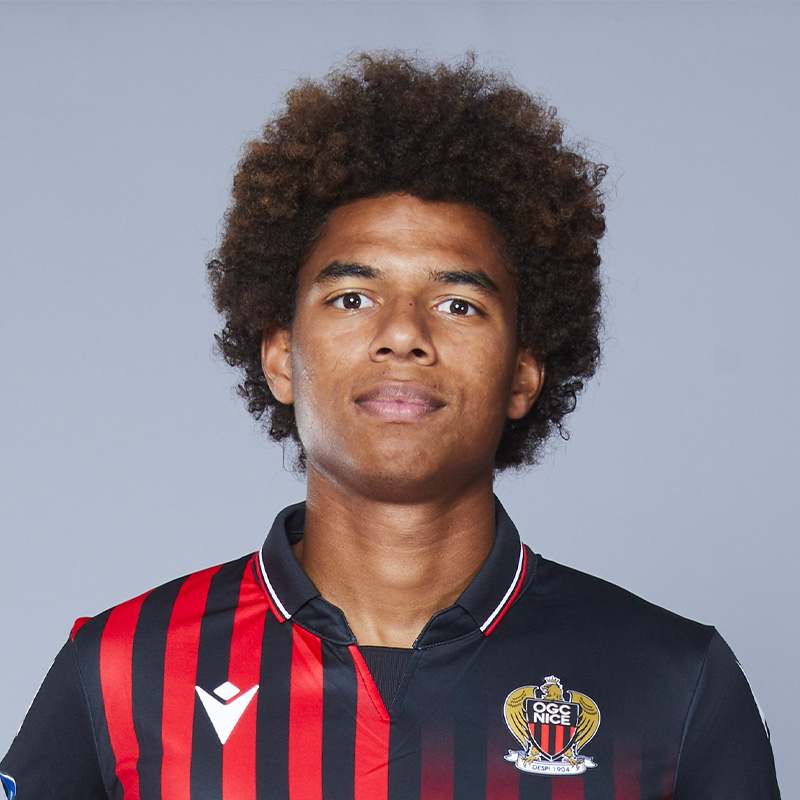 Born in 1998, Calvin Stengs came through the AZ Alkmaar youth academy, and the winger made his first-team debut in 2016/17 before fully establishing himself in 2018/19. Third in the 2020/21 Dutch top-flight season, he played a total of 113 games for the club in all competitions, including 78 in the league (24 goals, 24 assists). His performances also earned him senior international recognition with the Netherlands.

Able to play on either flank, the 22-year-old already has significant experience, and will now put his enormous potential at the service of OGC Nice after joining compatriots Justin Kluivert and Pablo Rosario in signing for the club in summer 2021. He scored his first Nice goal on 25 September in the 3-0 L1 win over Saint-Etienne.

A winger able to play on both flanks, a dribbler able to make and take goals, the Netherlands international, in spite of his young age (22), has solid experience of the top level. He allied that with his immense potential in his 26 appearances in the 2021/22 campaign, scoring his first goal at Saint-Etienne and delivering the pass that enabled Andy Delort to score the matchwinner against PSG (1-0).

Stengs: "A huge step for me"

Stengs: "A huge step for me"

Le Gym on the attack

Le Gym on the attack