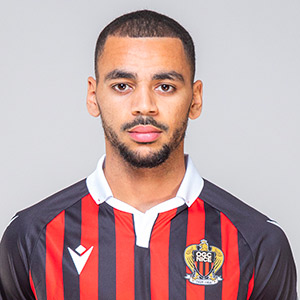 A creative midfielder who can also play wide, Alexis Claude-Maurice's talent first emerged at the Lorient youth academy, and he had enjoyed two good seasons in Brittany before joining Le Gym in August 2019 following an eye-catching Ligue 2 campaign in which he had scored 14 times and tallied four assists.

He made his L1 debut for Le Gym against Montpellier on 14 September, 2019, before noting "during my first games, what I was showing didn't correspond to my qualities or my objectives. I was putting too much pressure on myself and I hadn't anticipated the difficulties". He had to wait until 21 December 2019 for his first assist in the win over Toulouse, and his first goal — "a relief," as he described it — arrived in the 3-1 loss to Nîmes on 8 February, 2020.

His maiden season in Nice ended with 24 competitive appearances, and he was named runner-up in the fans' Young Player of the Year vote. His second season was better with his confidence renewed, and he featured in 37 competitive games, including six in the Europa League. He scored five times and had as many assists, including three racked up in the home win against Brest. He also was called up by France U21s, and was named runner-up in Nice's Player of the Year poll.

Continuing to be hampered by injuries, ACM played on 11 occasions during the 2021-22 season, but still managed to pick up two assists.

Medical update ahead of Lens - Nice

Medical update ahead of Lens - Nice

Season over for Claude-Maurice

Season over for Claude-Maurice