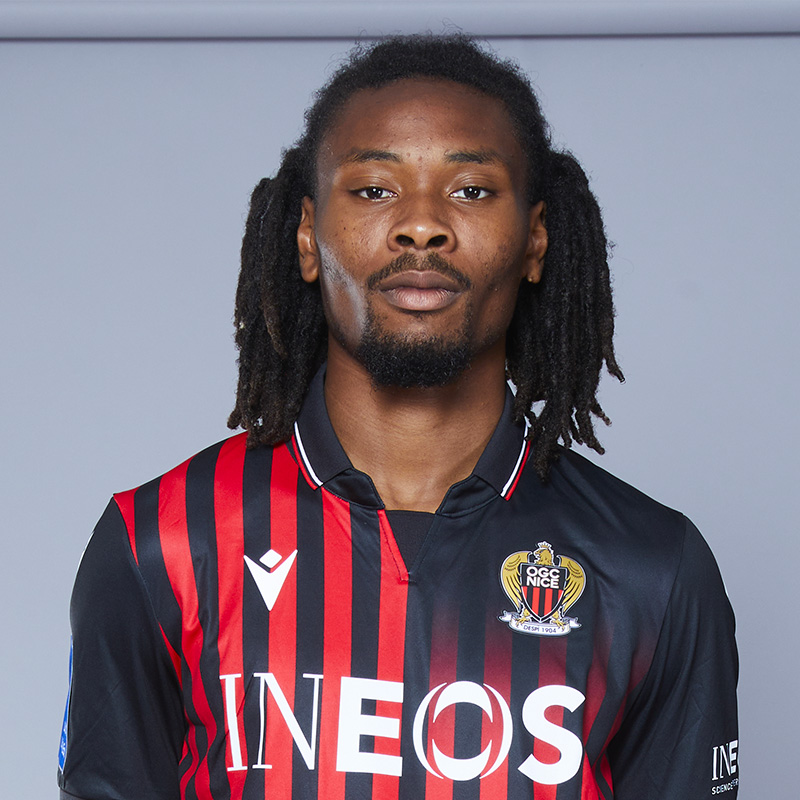 Though he had a range of offers from some of Europe's biggest clubs with his youth contract at Monaco due to expire, Khephren Thuram made a major statement when he decided to sign his first professional contract with Nice in the summer of 2019.

A versatile midfielder who had shone in the UEFA Youth League — notably scoring against Chelsea — for Monaco, he has also moved through the different youth categories of France's national sides.

He made his Ligue 1 debut on 17 August, 2019, in a 2-1 win over Nîmes, the first of 16 competitive appearances in his maiden campaign with the club. He followed that with 33 the next, including his first three in the Europa League, earning a U21 call-up and scoring his first top-flight goal — against Nantes — on 3 October, 2020. He signed a contract extension with OGC Nice on 30 September, 2021.

The 2021-22 saw the talented midfielder blossom. Capable of breaking the lines, with his running or his passing, Thuram was one of the main actors in Le Gym’s impressive season, with 41 appearances, 4 goals and 2 assists to his name. Not only was he lauded by his own supporters, when he was named Crédit Agricole Young Player of the Year, but he was also rewarded at a national level when he was nominated at the Trophées UNFP in the “Best Prospect of Ligue 1” category.

Gouiri, Thuram and Boulhendi are back!

Gouiri, Thuram and Boulhendi are back!

In video: Thuram and Gouiri on the scoresheet once again, Les Bleuets will go to the Euros!

In video: Thuram and Gouiri on the scoresheet once again, Les Bleuets will go to the Euros!

Thuram and Gouiri's goals in video

Thuram and Gouiri's goals in video