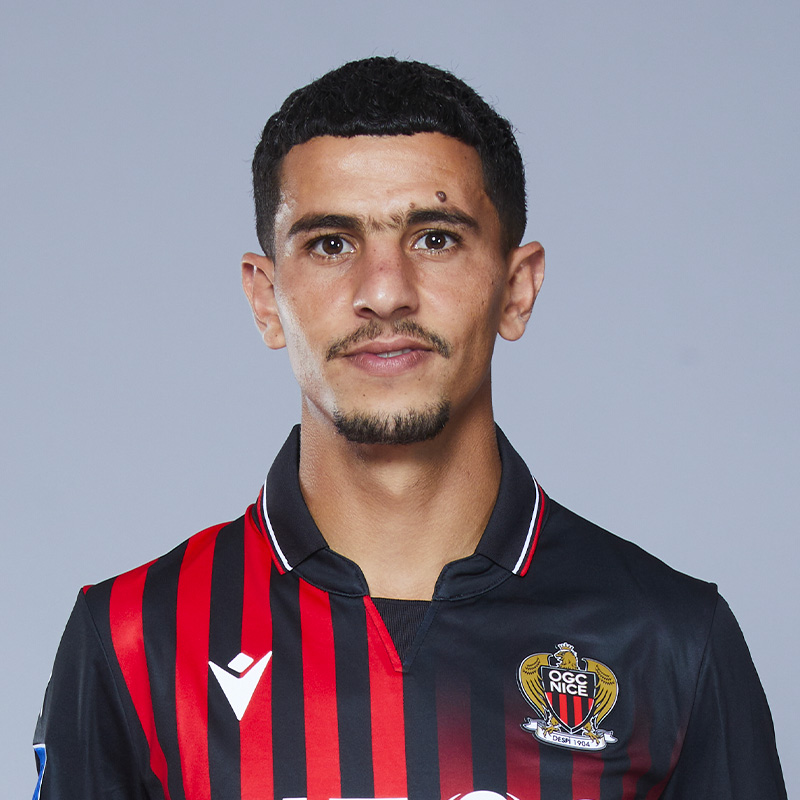 An attacking right-back who can operate further up the pitch too, Youcef Atal first played for Paradou AC, making his first-team debut at 19 in the Algerian second tier.

After 48 appearances over two seasons, during which time he had made his senior international debut, he joined Belgian club KV Courtrai on loan in summer 2017. The 1.76m defender was named man of the match five times in a solid spell, and convinced the club to make his temporary move permanent.

On 17 July, 2018, he joined OGC Nice, quickly becoming a fan favourite and was even named man of the match on his top-flight debut versus Reims (0-1, 11 August, 2018). He was given the honour a total of 12 times in the 29 L1 games he played in his first season in France, scoring six goals. He was named Crédit Agricole Aiglon of the Season runner-up to Walter Benitez, and earned a place in L'Equipe's Team of the Season.

He played a big part in Algeria ending their 29-year wait to win the Africa Cup of Nations in 2019 even if a shoulder injury denied him the opportunity to play in his country's last two matches at the tournament in Egypt. He made 19 appearances for the club in 2019/20, and then 24 in the following campaign, scoring the 'Goal of the Season' with the only strike of the game against Lens in January 2021. He also registered two assists in four Europa League encounters, his first in European club competition.

Hampered by injuries, Youcef Atal made 18 appearances during the 2021-22 season. He first made the difference against Lyon, where his goal allowed Le Gym to change the course of the game (3-2). It was the same story at Rennes, where Les Aiglons went on to win at Roazhon Park (2-1).

Viti in, Ramsey & Atal out

Viti in, Ramsey & Atal out

Amavi up and running again

Amavi up and running again