Alexis Claude-Maurice's consistently top-grade performances have given him the monthly honour for the first time, taking 32% of the votes for April to finish ahead of Jean-Clair Todibo (28%) and Kasper Dolberg (15%).

His role as a number eight has given 'ACM' the chance to have a greater impact on games, and he's taken the opportunity. Against Lille, he featured in his 50th top-flight game, and played the full 90 minutes for the 13th successive match giving him the most minutes on the pitch for a L1 outfield player since the start of February. Involved in three of the Gym's last six top-flight goals (2 goals, 1 assist) the former Lorient man is also the Nice player to have attempted most dribbles (61), completed most successful dribbles (38) and been fouled the most (34) in 2021. 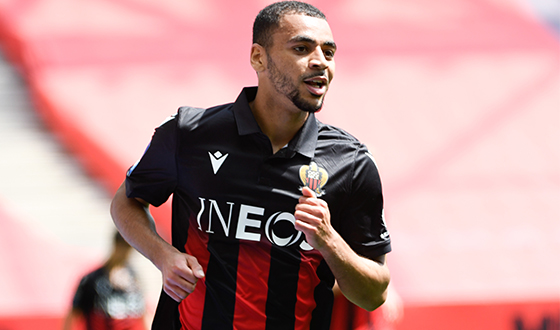 His form helped the Rouge-et-Noir pick up two wins (Nantes & Montpellier), a draw (Reims) and just one loss (Dijon) in April with his signature performance coming against Montpellier when he was involved in all three of his team's goals.

Todibo came in second after also performing consistently to a high level in April. He even opened his goalscoring account for the club when he found the net against Montpellier thanks to a ball from Claude-Maurice. 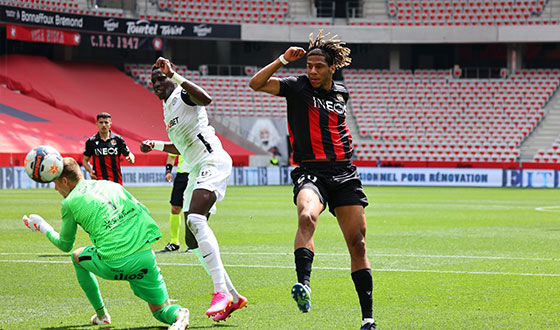 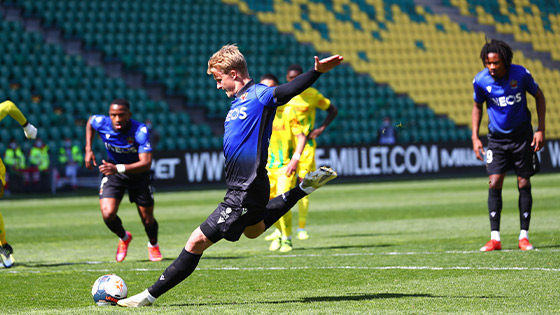 Dolberg completes the podium. He started the month with a tremendous display at Nantes where his brace earned all three points.