​After his solid display that was full of authority against Reims (0-0), William Saliba is your Aiglon Crédit Agricole PCA of the match. The central defender obtained 44% of the vote, finishing ahead of Jean-Clair Todibo (32%) and Alexis Claude-Maurice (12%).

He was the symbol of a match in which the defenders got the better of the forwards. Unperturbed by the Reims attacks, always well positioned and at the start of the Nice moves, William Saliba shone alongside Jean-Clair Todibo. With 101 touches, the former Saint-Etienne player was second only to his fellow defender (103). 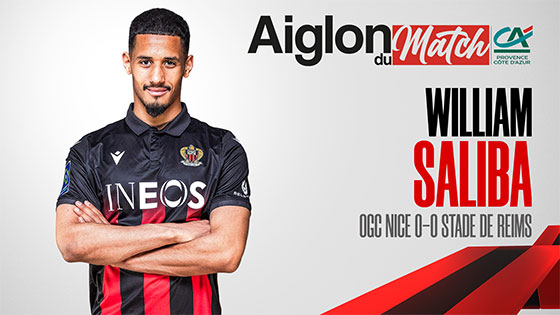 Nobody was more precise than Saliba when it came to distribution. With nearly 99% of successful passes, the centre-half systematically allowed his side to build from the back without waste. His technical quality and his vision allowed him to play 2 final balls before an attempt at goal. 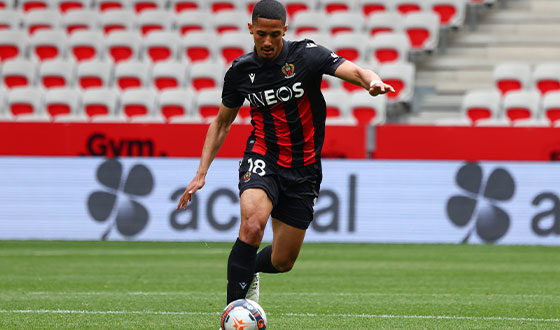 By winning the ball 7 times and completing three defensive clearances, William Saliba protected Walter Benitez's goal. Before the break, he dealt with a cross that Yunis Abelhamid was getting ready to finish into the back of the Nice net. On his 16th appearance in rouge et noir, he helped the Gym to a second consecutive clean sheet at home, following that in the derby against Marseille (3-0).

Alongside him, the other centre-half Jean-Clair Todibo also had a strong match. With 32% of the vote, the 21-year-old defender is on the second step of the podium. Like his team-mate, he never trembled and touched the ball 103 times, the highest total in the match. 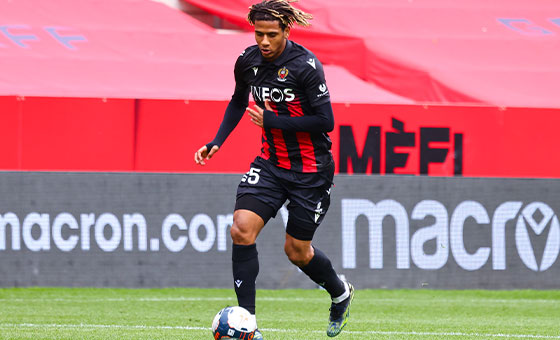 By winning the ball back 8 times (only Schneiderlin did better with 9), he also dealt with several Stade de Reims attacks.

Finally, Alexis Claude-Maurice finished in 3rd place (12%). Active in midfield, he was frequently found on the edge of the opposition penalty area. As well as striking 3 attempts on target, he also played the most final passes leading to an attempt (3), was fouled the most often (3), and committed zero fouls. 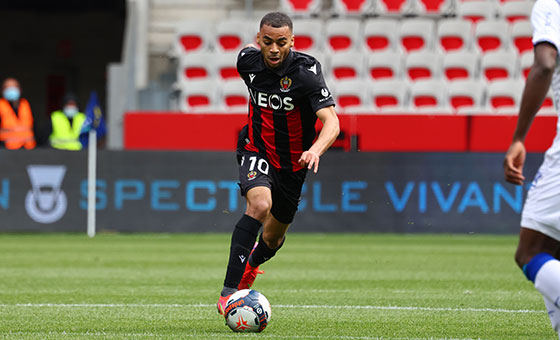