A closer look at the first half of the season

The Gym ended the first half of the season in Reims on Sunday, in a tight, evenly fought encounter (0-0). The red and black team, led by Didier Digard since last week, are in 10th place in the standings at the halfway point of the season. They are also through to the last 16 of the Conference League*. Here are 5 things to note from these first 6 months of competition.

A FIRST HALF, TWO DIFFERENT TRENDS

After playing all the teams in the top flight, the Aiglons have 25 points. This total places them in the middle of the table. While the first victory came in Lille on 31 August (MD5, 1-2), the red and black team's journey can be broken down into two distinct phases. The first one stretches from August to the beginning of October. The second began on 9 October, with a win over Troyes (MD10, 3-2). These two trends within the same period can be illustrated by one stat: "Nice have lost only one of their last 10 Ligue 1 matches (4 wins, 5 draws), after losing 5 of the previous 7 (2 wins)."

Eight different Aiglons have scored the Gym's 22 goals in the first 19 league games. This is a total that has Anglo-Saxon influences, as Aaron Ramsey was the first scorer of the first phase in Toulouse (MD1, 1-1) and Ross Barkley the last, at the Allianz Riviera, against Montpellier (MD18, 6-1). 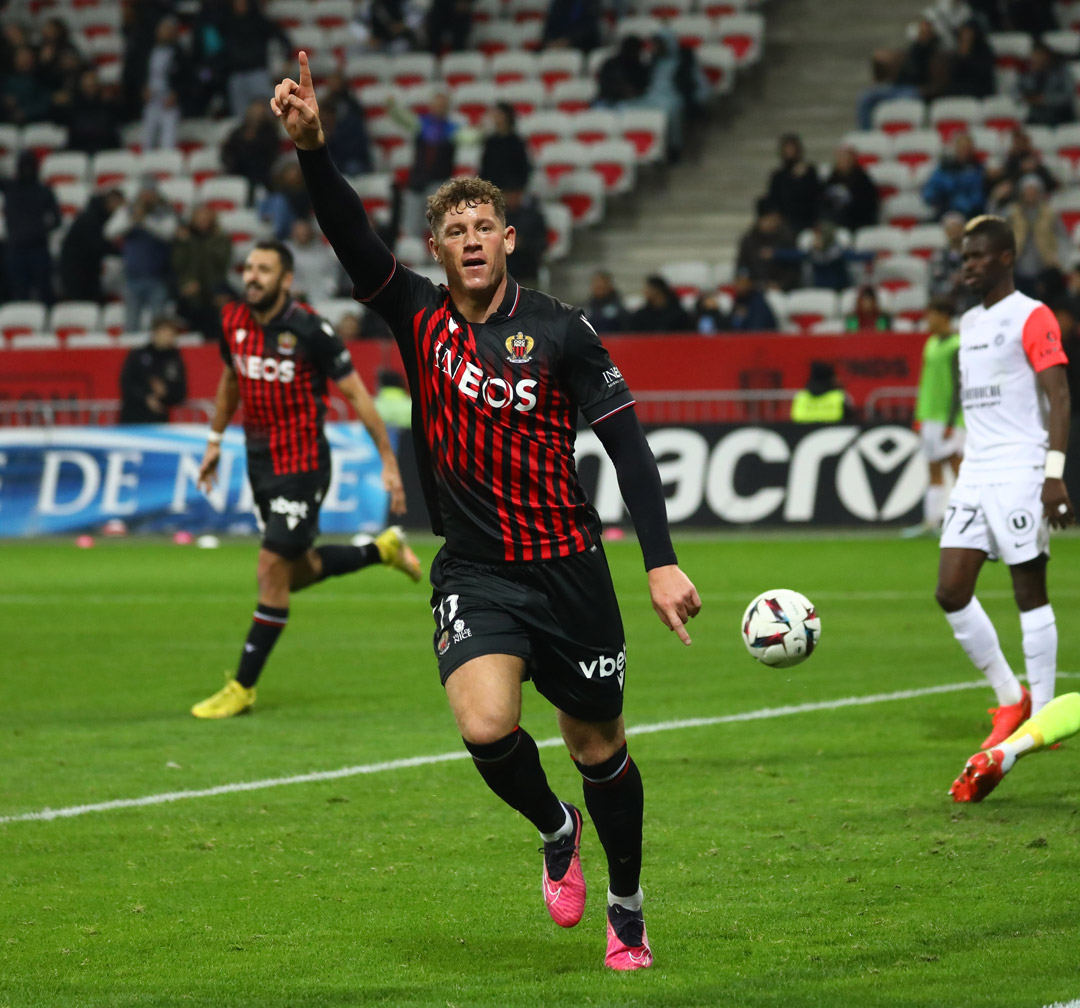 Six other players have also found the net this season. All of them on the European stage. The Conference League opened its doors to the Azureens thanks to a 2-0 win over Maccabi Tel-Aviv, thanks to a goal from Alexis Claude-Maurice (on loan at Lens) and a wonder strike from Alexis Beka Beka. 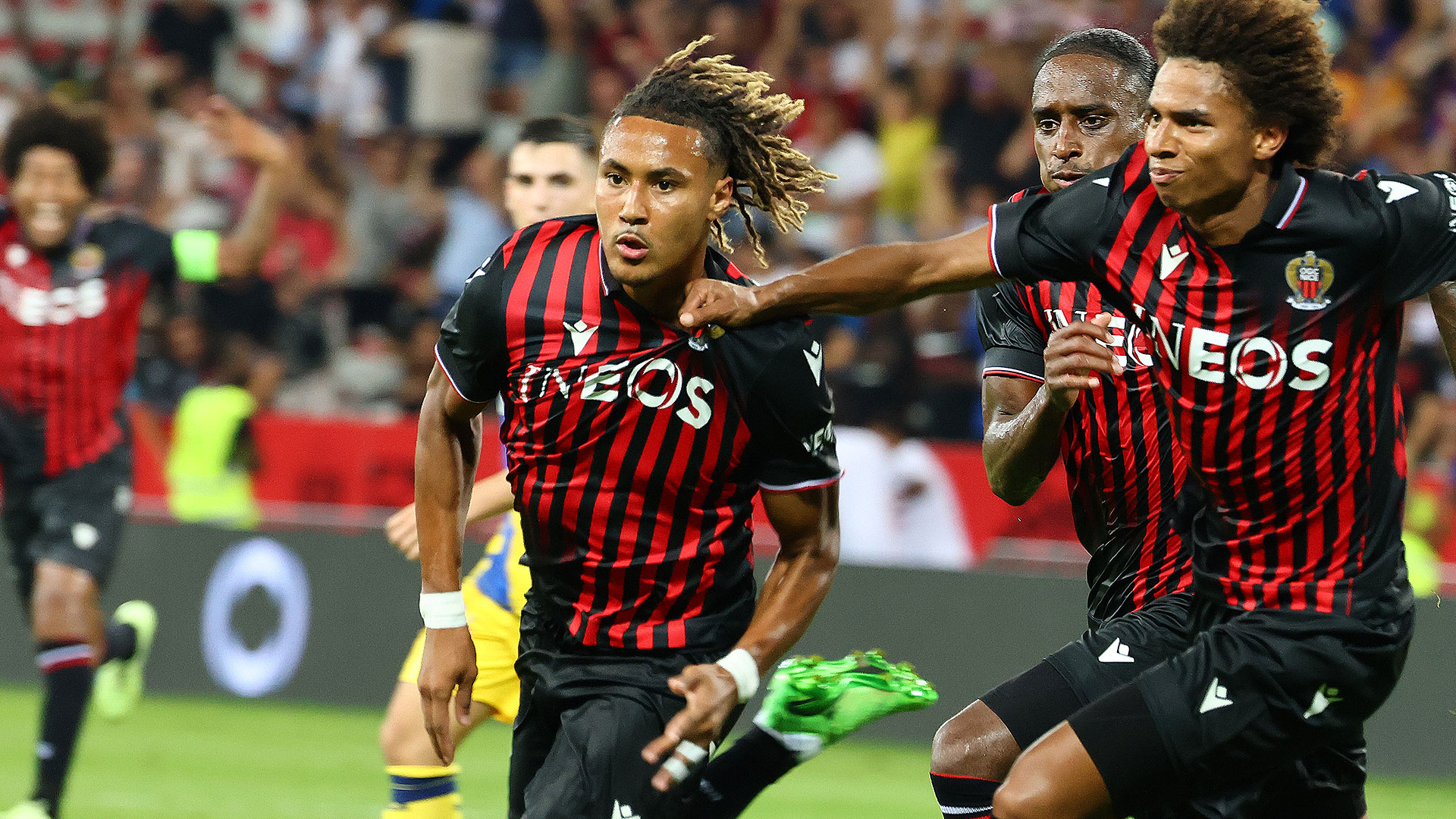 Joe Bryan (against Partizan Belgrade), Sofiane Diop (Slovàcko), Mario Lemina (Partizan Belgrade) and Billal Brahimi (Cologne) were added to the list. All scored during the group stage of the C4, in which the Gym finished top of Group D.

Several of the Aiglons' key players reached symbolic milestones during the first half of the season. At the top of the list, the CommanDante! Against Strasbourg, during the 2nd matchday (1-1), the captain crossed the threshold of 200 games with the Gym. The central defender arrived in 2016 and now has 225 games with the Aiglons (6 goals), including 27 in the 2022-23 season. 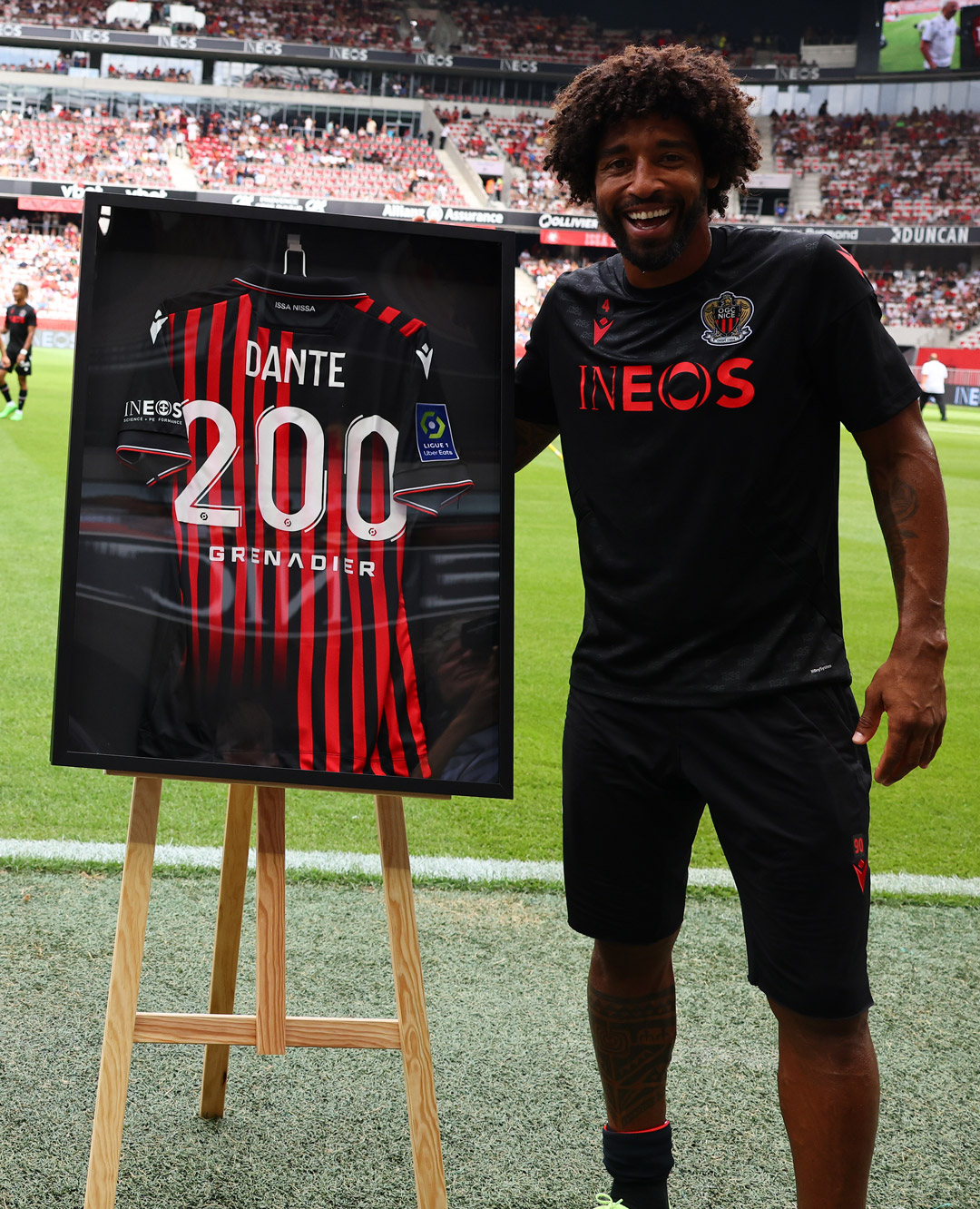 Khephren Thuram and Youcef Atal, meanwhile, have passed the 100 game mark. The France U-21 midfielder now has 118 (7 goals) and remains the only member of the squad to have taken part in every game this season (28, including 23 starts). The Algerian international currently has 102 (11 goals). 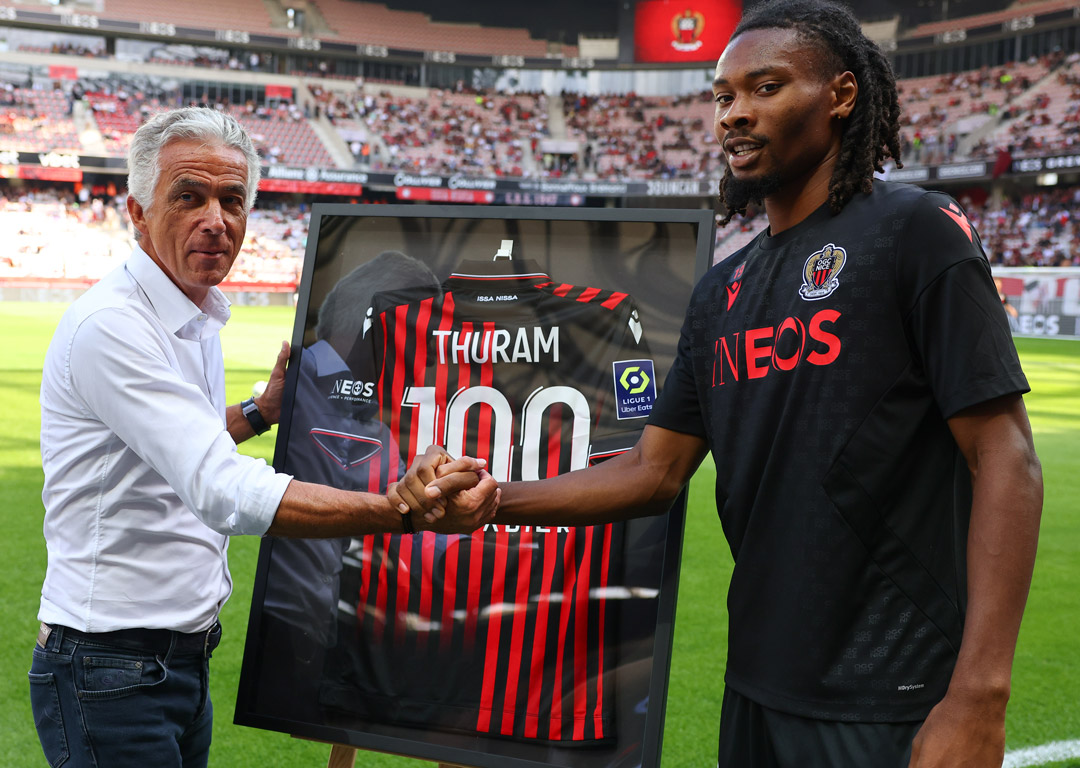 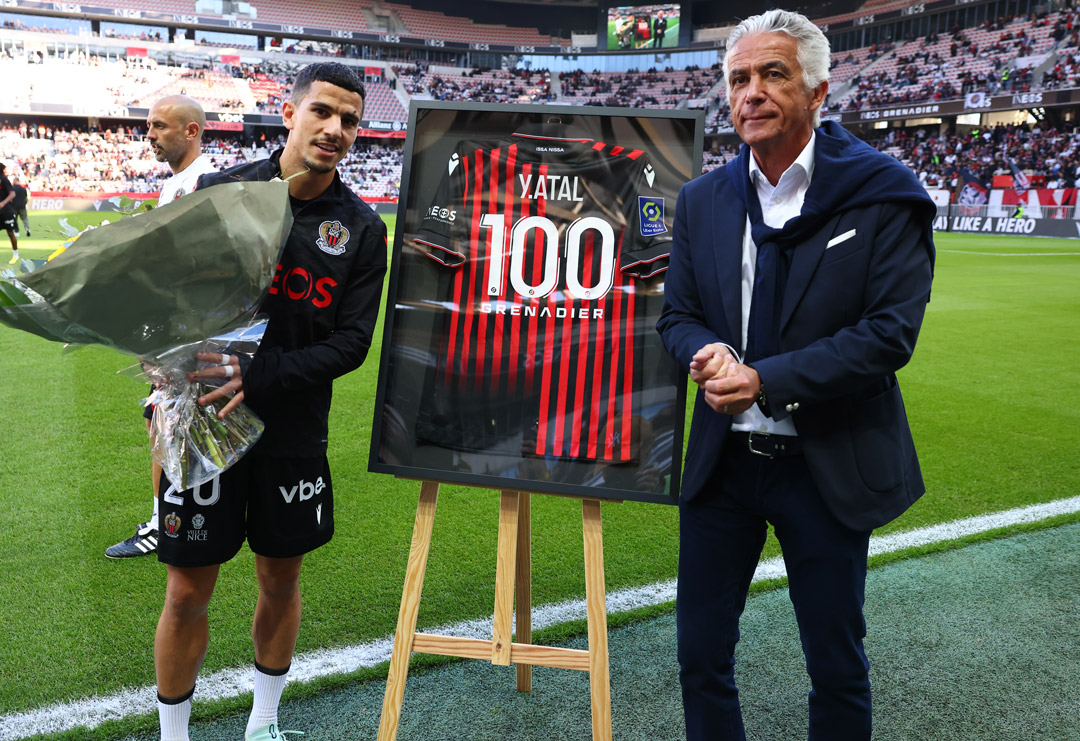 The only player to have won the Aiglon of the Month award twice in the first half of the league campaign is Jean-Clair Todibo. 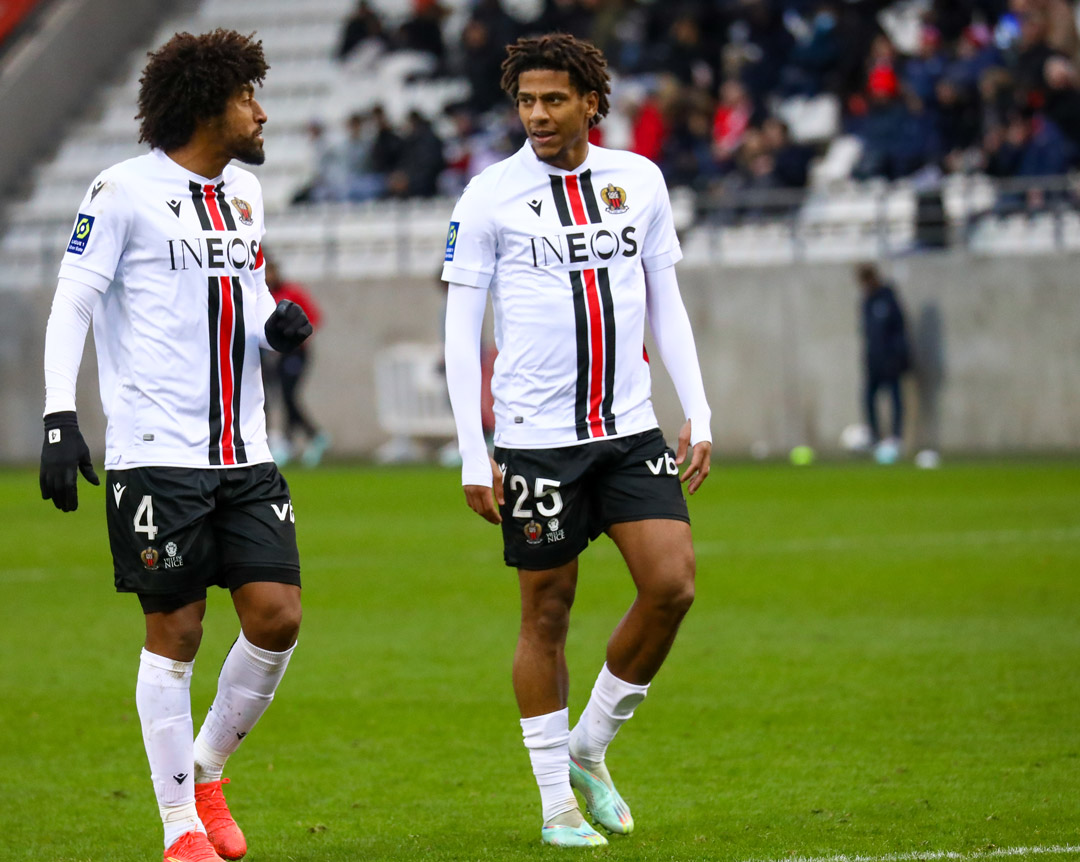 The 23-year-old central defender, who won the award in August and September, has been putting in a string of top-class performances. This is confirmed by the stats of his first half of the season in L1:

The other two monthly awards were won by Mario Lemina (October) and Kasper Schmeichel (November).

*The Gym will face an opponent yet to be determined on 9 March in the first leg of the round of 16, then play the return leg at the Allianz Riviera on 16 March.