Vote for your Aiglon of the month for November

The break is here and with it comes the end of the November matches. It's time for you as fans to choose your Aiglon of the month.

Three games for the Gym for this fourth month of competition. A win against Brest (1-0) and two draws in Cologne (2-2) and Lyon (1-1) marked these 11 days where the squad turned the corner and finished on a positive note. The team qualified for the Europa Conference League Round of 16 and are currently in 9th place in Ligue 1.

SCHMEICHEL, AIGLON OF THE MATCH IN TWO OF THE THREE GAMES

One man played a major role in the end of the first part of the season: Kasper Schmeichel. Following a very good end of October, which led you to vote him second in the Aiglon of the month vote behind Mario Lemina, the Danish keeper, selected to play in the World Cup with his country, was very good. In Cologne, the goalkeeper kept the German strikers at bay for a long time, as with this wonderful save against Tigges (26') or this reflex save at the beginning of the second half (47'). Although he conceded two goals, his calmness and serenity at the end of a difficult match reassured his team-mates and earned them an important draw at the end of the 95 minutes played at the RheinEnergie Stadion.

A performance that earned him the title of Aiglon of the Match and which he confirmed three days later at the Allianz Riviera against Brest (1-0). Two classy saves were enough to give him a third consecutive award, after the one in Lorient (1-2 win) and in Germany. His save on to the bar from Camara's powerful shot at the end of the first half kept the score level and his one-on-one save from the young Arconte kept the lead. A lead that proved decisive...

The third outing of the month in Lyon (1-1) did not allow him to shine (first shot on target by Les Gones in the 77'), as the Gym were so solid as a team. 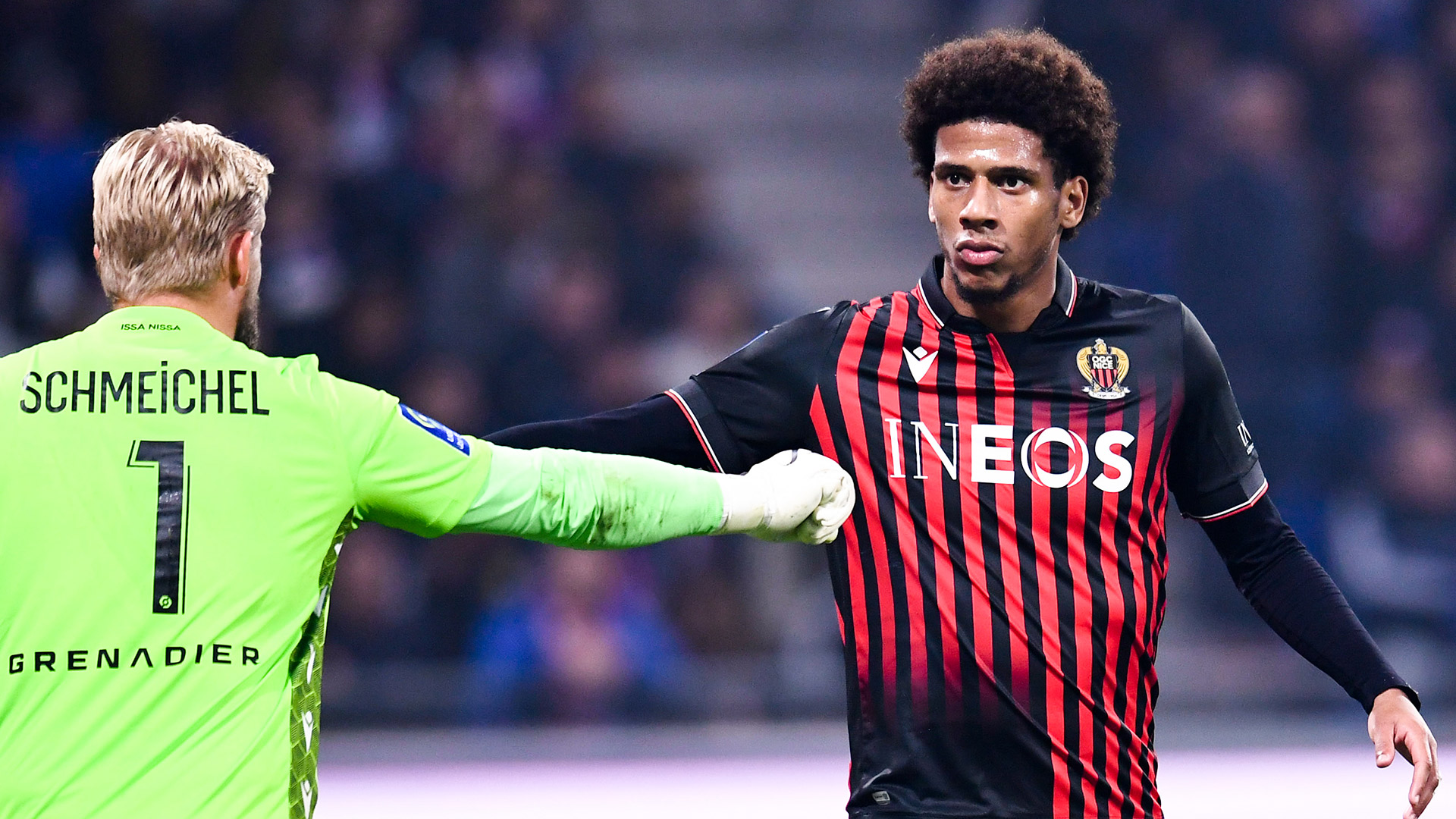 Behind the goalkeeper, five players received your votes in the Aiglon voting. One of them was Jean-Clair Todibo, who won the award after the Lyon game and twice came third in Cologne and against Brest. Billal Brahimi, Sofiane Diop, Dante and Aaron Ramsey also appeared.